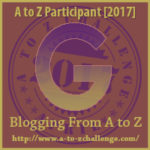 The United States is a vast and diverse country. From sea to shining sea there are sweeping vistas and spectacular scenes of nature.

I am always awestruck by the superb landscapes that one can witness on the back roads. Some of these landscapes, such as the Grand Canyon and the Rocky Mountains, are known by everybody. But there are so many more spectacles to feast your eyes upon.

When speaking of grandeur, perhaps one of my most favorite locations is Monument Valley in the northwest corner of Arizona and the southwest corner of Utah. Located within the Navajo Indian reservation, this amazing natural wonder has been the backdrop for many movies and television commercials. And one can only stand in a location or another and must turn their head from left to right to catch the full glory of this spectacular wonder of nature.

Not too far from there and also on the Navajo Reservation is a much lesser known, but in another way very spectacular sight. Called Coal Mine Canyon, it is a hidden gem off of a two lane highway east of Tuba City, AZ.

Coal Mine Canyon is filled with a variety of HooDoos…ghost like rock formations that can form eerie shadows and spooky formations at night.  The view goes on for miles into Blue Canyon.  In any other state, this might be a National Park or Monument.  It is just one more canyon in Arizona.

Head north into Colorado and take a ride up to Mount Evans north of Denver. Nearly 13,000 feet up, it offers up an amazing view of the mountains and lakes below.

Not to be outdone in the words of grandeur, is the scenic highway that traverses the Bear Tooth Range along the Montana and Wyoming border. I have only been there once and it was in the very early spring on the first day the road was open. There were still piles of snow on both sides of the road. But the expanse of the mountains left me in awe.

But grandeur is not just mountains or spectacular geologic formations. I can drive through the plains of North Dakota or South Dakota and experience miles and miles of grasslands.

Then there is the grandeur of the oceans. I have been blessed to have been able to see the Pacific Ocean from the northern parts of Washington and Oregon all the way to the coast in Southern California. I have also seen the Atlantic Ocean from points in Maine all the way south to Florida. The amazing sunrises and sunsets over the water provide unspeakable grandeur and a glorious feeling.

Like the oceans, the Gulf of Mexico offers similar sights. Nothing like witnessing the spectacle flocks of pelicans flying in sync overhead.

The most gratifying part of experiencing grandeur for me is that every back road and numbered highway offers a peek at splendid views. One needs only crest to the top of a hill and laid out before your eyes are wonderful scenes like that of Hells Canyon in Oregon, or in Hell’s Half Acre in the middle of Wyoming. Drive along a two Lane highway in the eastern United States in the fall and you get to the top of the hill and see nothing but spectacular fall colors as far as the eye can see.

But the grandeur is not just in nature. From a different perspective, the views of the skyline of a big city offers its own brand you were. Whether enjoying the skyline of Manhattan from across the river in Hoboken, NJ to witnessing the scene of riverine cities such as Pittsburgh or Cincinnati from the top of a hill, one gets a sense of how small they really are.

I am grateful to live in these United States and my heart is filled with joy that I have been able to travel many a back road and experience the grandeur of this country.

With each new road comes a new experience. I still have yet to personally experience the special nature of Yosemite National Park or the giant sequoia trees of Northern California. But I have seen the vast expanses filled with volcanoes in Hawaii or the old volcano cones in New Mexico and Arizona.

I have driven the long highway over Lake Ponchatrain in Louisiana and over the amazing Chesapeake Bay Bridge Tunnel. These man-made spectacles still offer a sense of grandeur.

So, get out on the road and experience this country for yourself.

6 Replies to “G is for Grandeur – #atozchallenge”