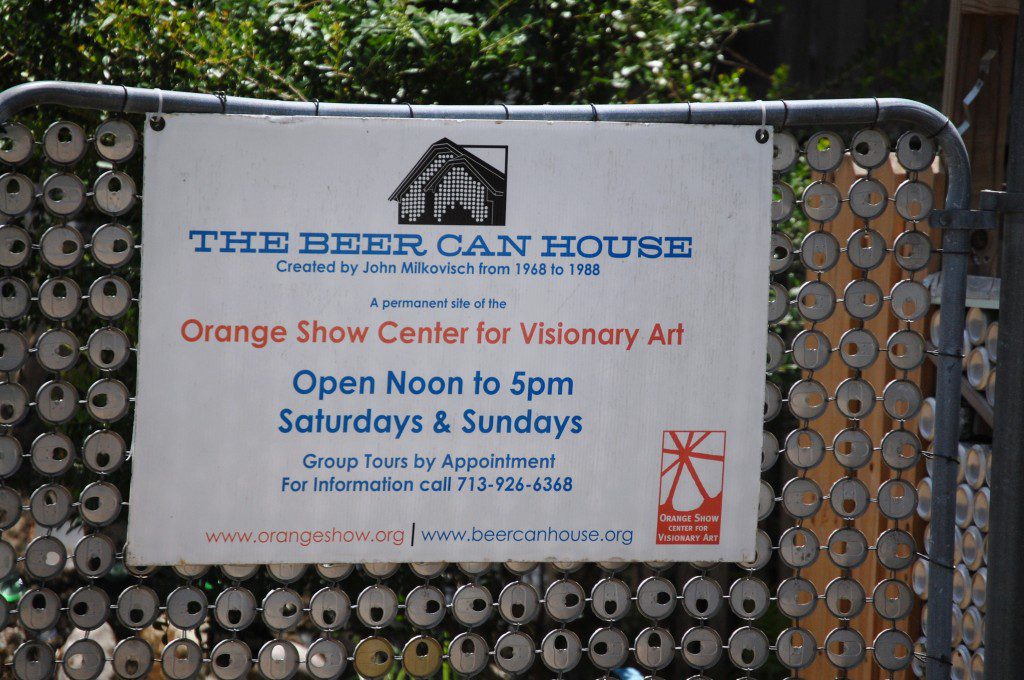 Now this is a unique place to visit in downtown Houston.  A creation of the Orange Show Center for Visionary Art. This house was started in 1968 by a guy named John Milkovisch (see history of the house).  According to Ripley’s Believe It or Not, over 50,000 beer cans have been used on this house.

He notes on the sign to “Live by the Golden Rule”, but I think he is actually living the “Aluminum Rule”!!

For more information got to the Beer Can House website 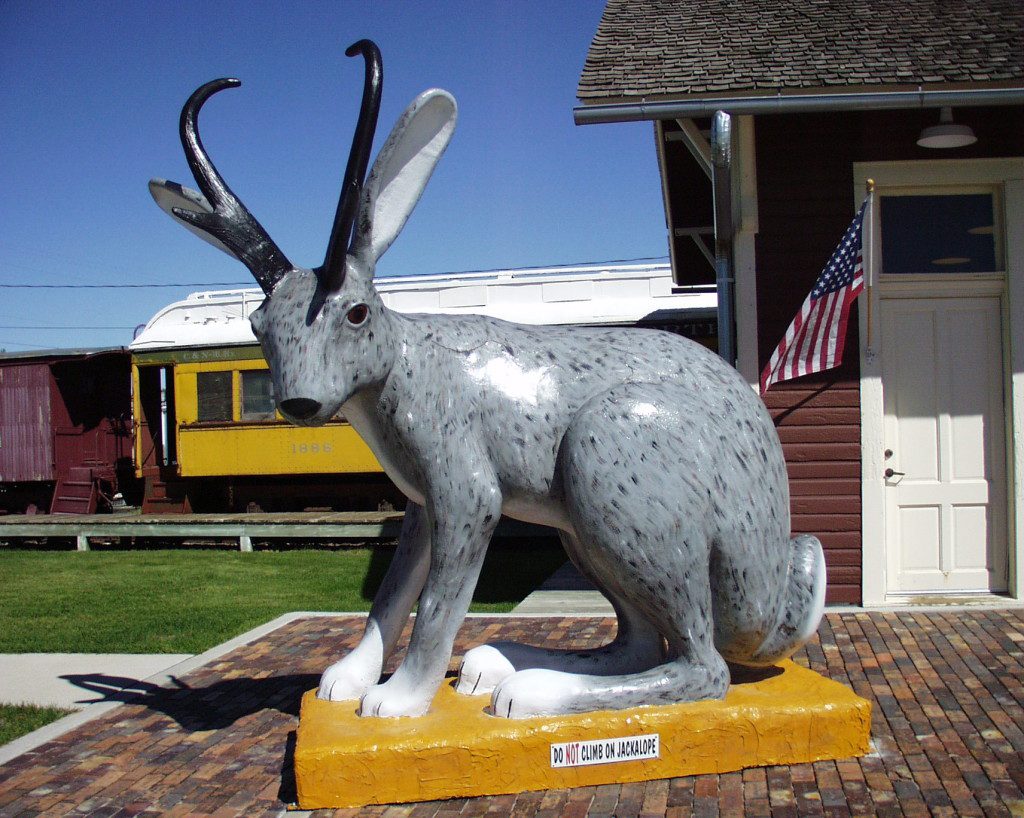 Douglas, Wyoming claims to be the “Official Home of the Jackalope.”  Throughout the west one can find jackalopes in shops and statues of them.  They even have a Jackalope Days in June.

Apparently the first jackalope was spotted in 1829 near the area of Douglas by explorer John Colter, one of the first white men to venture into what would later become the State of Wyoming.  He was part of the Lewis and Clark Expedition.  Colter was also the first known man of European descent to enter into what is now known as Yellowstone and the Grand Tetons.

Many believe that the jackalope is really nothing more than a gimmick concocted by a certain Douglas Herrick and his brother Ralph.  In 1939 they were on a hunting trip and returned with a dead jack rabbit.  Ralph threw the rabbit on the floor and it slid right up against a pair of deer antlers. Ralph noted that it looked like a rabbit with horns on it.  Douglas, who was a taxidermist, decided to mount it.  Since that time hundreds have been made and can be seen in shops, taverns and other places, mainly in the western US.  There are post cards in almost every Western state.

The town of Douglas has four or five large statues, including the 8 foot tall one at the train museum. Besides the Jackalope Days event, the City of Douglas issues Jackalope hunting licenses, but, apparently, you can only get a license if you have an IQ of less than 72 and you can only hunt between midnight and 2 AM on June 31st, which was bad, because I’d reviewed on many websites like Outdoor Spike on what quivers would be the best for hunting.

Just outside of Woodstock, Ontario is an interesting place called Cliff Bruce Windmill Hill.  Cliff Bruce is one of those collectors of odd and random stuff.  (another of these is Hamtramck Disneyland in Detroit). He has some whirligigs, windmills, stop lights, random

fiberglass animals and even Fred Flintstone on the porch.

These are then displayed throughout his yard.  Here are a couple more photos.