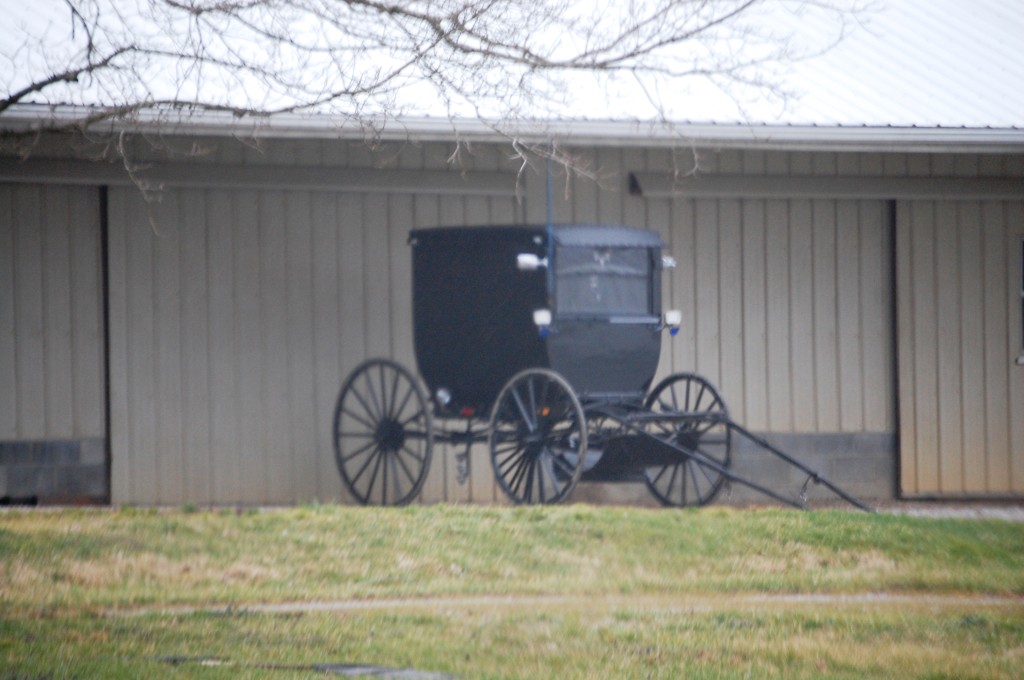 On Thursday (Feb. 28, 2013) my wife and I made a trip to Stanford, KY for a meeting.  Stanford is the second oldest town in the state and Lincoln County is one of Kentucky’s three original counties.  Benjamin Logan accompanied Daniel Boone to the area and in 1775 built a fort in what is now Stanford.  It was originally called Logan’s Fort. A diorama replica of the fort is housed in the Lincoln County Public Library.

I figured that while we were in Stanford we could also catch a bit of the history and scenery of of the area, so we made it a half day “Sumoflam Road Trip” and took some back roads.  Following is the map of our route for the day.

Just before our meeting at the beautiful Lincoln County Public Library, we took a drive around the small town of Stanford and caught a couple of the sights.  Just next to the library is the old Stanford L & N Railroad Depot and next to that is a very old grist mill, which was known as Baughman’s Mill.  I didn’t get a photo of the depot, but following are a couple of photos of the mill.

The first steam mill in Lincoln County was built in 1848 at Buffalo Springs. When it was torn down in 1895 the logs were used to build Baughman’s Mill. This mill became the first steam powered flour mill in Kentucky.  The building is currently in bad disrepair.  The mill, along with the railroad depot, are all included in the National Register of Historical Places.

After driving by the mill, we drive down main street in Stanford and came across the plaque above.  This was on the site of the first church built in Kentucky.  This first church building was a one-room log meeting house built in 1792.  This building has been preserved and currently sits inside the Old Presbyterian Meeting House and Museum.

The Meeting House was built in 1788 and served as the first church and then later became a home in the 1930s and then a library.

Once the meeting ended, we headed to Crab Orchard, KY where we planned to eat a late lunch at the Past Time Cafe, which has typically had great reviews for its home cooking.

This small cafe has two rooms, one for smoking and one for non-smoking.  Lincoln County currently has no smoking ordinance.  The place has dozens of old photos, newspaper clippings, etc., about Crab Orchard’s history.  Pretty nice to look at while waiting.  The fare is typical cafe fare – hamburgers, french fries, sandwiches and a few other items.

They have a daily “home cooked special” which was as close to a healthy meal as a place like this would serve.  We ordered their battered mushrooms and their battered cauliflower (which neither of us had eve tried).  These were pretty good, though the mushroom stems were still a bit on the frozen side.  We ordered the Salmon Patty special which included soup beans, an onion slice, corn muffins, homestyle potatoes and collard greens.  The soup beans were rather bland and needed some salt and pepper, but, overall, it was a nice warm meal and really did taste homemade (at least in my opinion.)

After a nice late lunch, we were back on the road.  Crab Orchard is in the middle of Amish Country and there are some great places to buy bulk foods and enjoy the scenery at the same time, even in the middle of winter.  We headed out to Yoder’s General Store, which is on HWY 3246 just off of KY 39.

The nice thing about this store is that it is traditionally Amish in nature.  They have plenty of bulk foods for sale, they use no electricity in the building (even their cash register is run off of a 12 volt battery).  When you walk under the gas powered lighting you can hear the hiss of the burning fuel right above your head.  Bertha Yoder and her husband were more than friendly and accommodating.

From Yoder’s we next thought we would go to Byler’s Kountry Kitchen.  We had to continue on HWY 3246 until we got to Harmon’s Lick Road, a narrow windy road going through farmland.

Unfortunately, when we got to Byler’s we discovered it was closed. They are closed on Sundays and Thursdays.  But we did see some ceramic bird houses hanging outside of the store.  Typically these are made from gourds and this was the first time I had seen these.  These attract purple martins.

From there we continued following a number of the backroads.  I had to plug my GPS in to make sure we didn’t get too lost.  We made our way through the countryside and eventually to I-75 in Berea, KY.  It was a pleasant trip!!