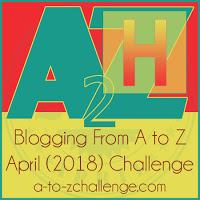 Home on the Range, North Dakota

Hutch’s on the Beach – Hamilton, Ontario 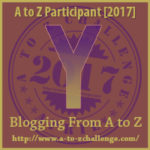 One of the more interesting things I look for on roadtrips as I pass through small communities on back roads is yard art.  Funky art and decorations in people’s yards, on their fences, on their houses. People have ingenuity.  Some people have junk.  But, as the saying goes, “One Man’s Junk is Another Man’s Treasure.”

For me, Yard Art is anything unique and unusual.  It could be chain saw art – wood carvings made with chain saws.  It could be art made from scrap metal.  It could be, like the photo above, a hodge podge of signs, junk or other things.  Following are some selections of yard art I have taken over the years.  Don’t judge…some of these people love their “collections.”  I just love my collection of photos of theirs…  Enjoy the virtual ride. 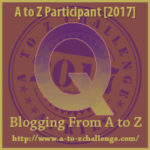 There is a difference between quirky and offbeat in my mind.  Quirky is typically off the chain and unexpected, or even downright weird.  On the other hand, as noted in my O is for Offbeat post, the offbeat and odd things are typically recognizable.

Obviously, there is a fine line between what is quirky and what is offbeat.  I think we all make those determinations ourselves.  In this post, I will offer up a few Quirky things…those that I think are beyond offbeat and into the realm of quirky.

I’ll start off with a biggie…a giant obelisk made completely of bicycle parts.  Why quirky?  Because who would ever think of making a 65 foot tall statue totally out of bicycle parts?

The artwork, entitled “Cyclisk” was created in 2010 by Petaluma, California-based artists Mark Grieve and Ilana Spector and weighs about 10,000 pounds. It is made from roughly 340 recycled bicycles collected from local nonprofit community bike projects. It took nearly four months of welding to manufacture.

In fact, there are many “quirky”  scrap metal art projects to be seen around this country.  Some are small and others, like Cyclisk, are huge.

One such example at Melody Muffler in Walla Walla, WA.  Owner Mike Hammond is a muffler repairman, a musician and a metal artist.  I visited his shop back in 2007.

I first met Mark at a Trailer Park Troubadours concert the night before in Dayton, WA.  After talking with him, we headed south to Walla Walla to check out his quirky art. What a load of fun that was!

Since then, over the past 10 years, I have run into other quirky metal art in diverse places.  You never know what you’ll see on the back roads of America!

I could likely post a hundred more pieces of scrap metal art found around the country, but there are other quirky places to cover.

Perhaps one of the most unusual and quirky places I have ever been to is the Screaming Heads of Midlothian Castle in Burk’s Falls, Ontario, not too far from Algonquin National Park. This entire project was begun by school teacher and artist Peter Camani.  He is a Secondary School teacher, but has also spent over 25 years constructing Monolith-like sculptures in the shape of giant heads, which are scattered throughout the property. A two-headed dragon sits atop the chimney of his Midlothian Castle and he has a version of the See/Say/Hear No Evils greet visitors.

There are more than 100 “screaming head” sculptures, each one at least 20 feet in height. According to Wikipedia, Camani says he “built his otherworldly creations as a warning about environmental degradation. With his paintings already hanging in such coveted places as the Vatican and Buckingham Palace, he decided to focus his energy on realizing a vision of significantly larger proportions.”  See my original post HERE.

Of course, there are also quirky sculptures to be found all over the place, just like the metal ones. Here are a couple more I have come across.

Quirky is not only centered on art.  There are many quirky places. I came across Boudreau’s Antiques on US Highway 2 near Odanah, WI that was covered with “stuff.”  That alone was a drawing card for me to drop by…but alas, it was closed.

And they don’t have to be antique shops either.  How about the quirkiest of all eateries in the US…  Hillbilly Hot Dog in West Virginia?

And another of the quirky treasures of this country is the Hamtramck Disneyland in Hamtramck, MI, near Detroit

Along these same lines of quirkiness is a family yard in Woodstock, Ontario.

Then there are places that defy description.  One such uber-quirky place is Tripp’s Mindfield Cemetery in Brownsville, TN.

One man’s life dedication to his parents draws people from all around to see this unique and absolutely quirky massive structure made of steel pipes and steel pieces and a large painted water tower that says “Mindfield Cemetery.” This large piece of art work is the work of one Billy Tripp, who, in 1989 began creating this monument to his parents.

This place must have taken 1000s of hours to build and it is an absolute maze of metal.  I was fascinated.

And another place, in Meadville, PA has hundreds of pieces of art created from old repurposed roadsigns.

Signs & Flowers is a garden of 12 large flowers made of recycled road signs and landscaping at the PennDOT storage lot in Meadville. In the spring and summer of 2001, Allegheny College art students, under the direction of art professor Amara Geffen, designed and planted the “garden,” which has quickly become a popular attraction for local residents and tourists. In the summer of 2002 Geffen’s students continued the project by constructing a 200-foot sculptural fence Read Between the Signs on the PennDOT property along Hwy 322

I am assuming by now that you, the reader, has determined that there are some really over the top quirky places out there.  Though Hillbilly Hot Dog takes the place for quirky eateries, a couple of burger joints in Washington and Texas take a close second and third.

The outside of Fat Smitty’s is quirky enough.  But go inside and there are many more surprises….1000s of them hanging all over the place.

And in Cypress, TX there is the Shack Burger Resort, another over the top hall of quirky eating.

Head to Cincinnati for the quirkiest grocery store experience you may ever get.  Jungle Jim’s is more than a grocery store, it’s a destination! There is over 200,000 square feet of shopping and 10s of 1000s of product choices from all over the world….  and the most unique restroom entrance in any store.

I guess I need to add the quirkiest 30 mile drive in the United States as the last piece.  That would be the Enchanted Highway in North Dakota. Some humongously quirky pieces of art along a 30 mile stretch of road north of Regent, ND.

This is one of my all time favorite tourist destinations.  Took me many years to finally get there, but I am glad I did.  I have a great detailed post about this on my blog if you are interested.  See it here.

By the way, Geese in Flight has been listed as the largest scrap metal sculpture in the world by the Guinness World Book of Records. This piece was erected in 2001 and weighs over 78 tons.  The main structure is 154 feet wide and 110 feet tall.  The largest goose has a wingspan of 30 feet.  On a clear day this structure can be seen from nearly 5 miles away!

So much quirk and so little time and space.  Time to take a breather and enjoy the ride…through quirkville.