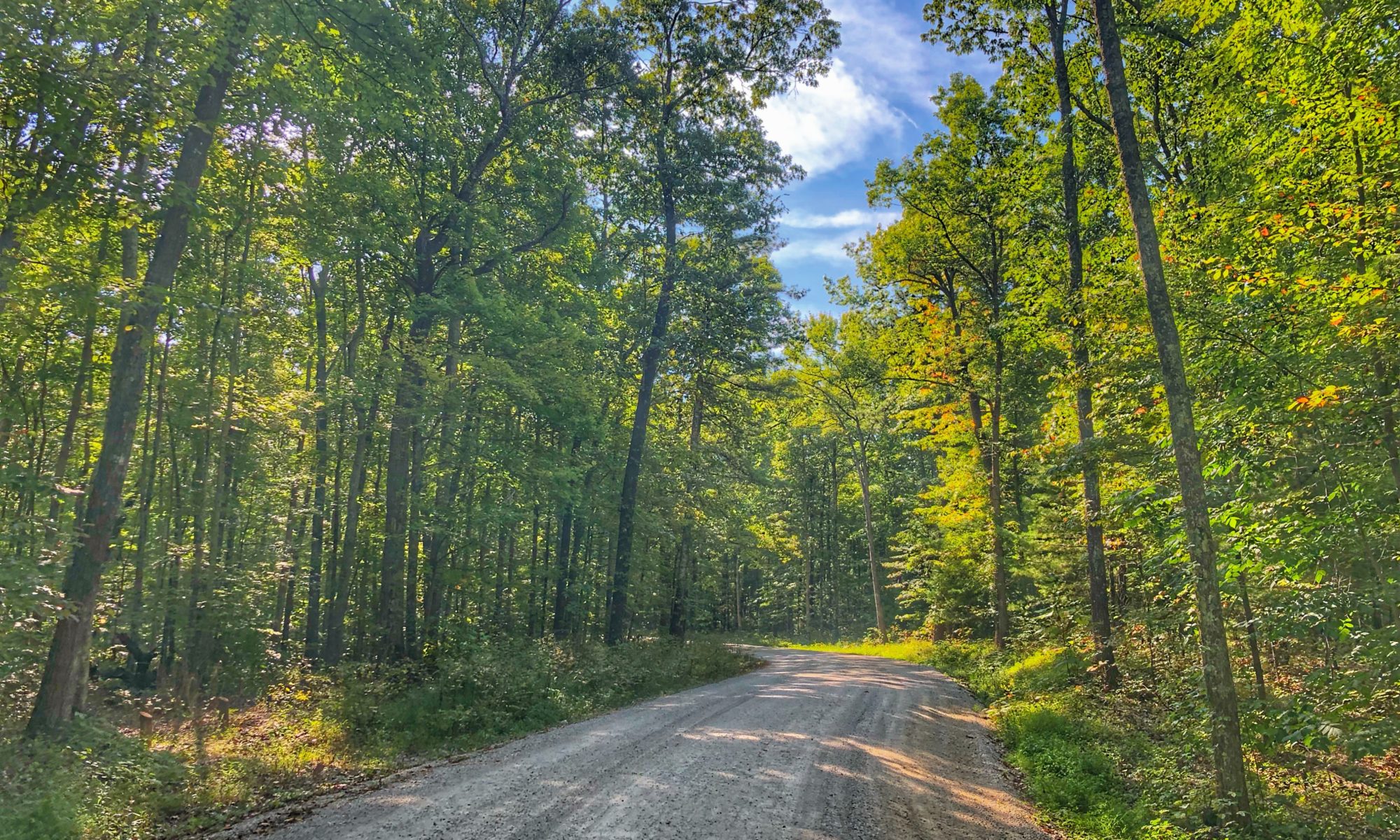 Ofttimes when we visit a place, we have a destination in mind.  The Red River Gorge area of Kentucky is one of those places.  Visitors typically are focused on visiting beautiful and expansive views of the gorge, hiking some of the well known trails, taking a hike up to the Natural Bridge or something else.

This past weekend (August 31, 2019) I took my wife to the area fora hiking meetup.  This left me with a three hour window to do other things.  I am not able to hike some of these trails right now because my knee has been causing problems.

So, after dropping my wife off, I headed back to Slade to do my “offbeat travel”  thing and find some of the unique and quirky of the area.  I had no problems with that, because inevitably, where there are lots of tourists, there are also the quirky and offbeat to draw them in.

As the Welcome Sign above indicates, Slade is the “Adventure Capital of Kentucky.”  And it is true.  A drive around the area in the summer months will prove it as one can see license plates from all over the United States and Canada.   According to one website (GEARHUNGRY), the Red River Gorge is the second best, just behind Yosemite for rock climbing.  They call it a “must-do list contender for the serious climber.”   The site notes that there are over 1600 potential climbs in the area.  And Slade caters to these visitors big time.

A drive down Kentucky 11 (also called Natural Bridge Rd.) from the Slade Visitor’s Center will take you past the REALLY World Famous Miguels Pizza and its neighboring Miguels Rock Climbing Shop, both of which cater to climbers big time.

Founded by Miguel Ventura, who was from Portugal, the place has become a go to for climbers and hikers since 1984 (the name was changed to Miguels in 1986).   As the Ventura family continued to befriend climbers, they expanded and opened a campground and soon the place got the nickname “The Camp Four of the East” by climbers. (The Original Camp 4 is a climber’s campground in Yosemite National Park).  For over thirty years the Ventura family has made a name for itself all over the world as a result.  Then, in 2016 in the field behind the Pizza Shop, the Rock Climbing Shop was opened and now is a full-service climbing shop as well as the check-in spot for the campground. 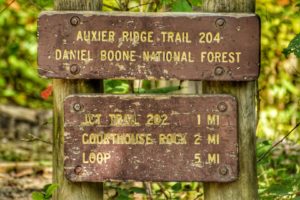 Rock climbing is not the only drawing card of the area.  Another big hitter are the more than 30 big hiking trails in the area.  It includes the 282 mile long Sheltowee Trace National Recreation Trail which begins in northern Kentucky on KY377 and travels south nearly 290 miles to its terminus at Pickett State Park in Tennessee.  The trail meanders through the Daniel Boone National Forest and also gets its name from the Shawnee name given to Daniel Boone by Chief Blackfish.

But Sheltowee is not the only trail.  There are many other trails from easy to very difficult. Most of the trails are numbered (all are in the 200s) and there are plenty of maps in the area.  Many of the trails offer spectacular views, many arches and lots of scary cliffs!

Drive down KY11 a little further and you get to Natural Bridge State Resort Park, home of a large geologic formation called Natural Bridge, which is 65 feet high and 78 foot long.  It is one of the few large arches in the Eastern United States.   The hike is about 2.5 miles long, but those that prefer a more casual adventure can take the Natural Bridge Skylift up to the scenic arch.

I had fun driving through the park and catching some of the unique.  For instance, where can you go to find a unique speed limit, like 23 MPH?  Then there are the other things…

Take the opposite direction from Slade on Kentucky 15 northwest to Kentucky 77 which leads to the Nada Tunnel (pronounced nay-duh by the locals), a 900-foot long tunnel which is considered as the “Gateway to the Red River Gorge.”  This unique single-lane rough hewn tunnel was originally built in 1911 for the Dana Lumber Company.  It was named for the small town of Nada, which was a logging town at the time.  Its original use was for a railcars, but has since been paved and is used by thousands of visitors every year as they traverse into the geologic wonderland of the Red River Gorge.

For me, much of the fun is discovering the “other stuff” that can be seen on the road.  Probably the most interesting “touristy stop” along the way was the Wild Things of Kentucky tourist stop where they advertise their Kentucky Snake Pit, the Kentucky Aquarium, an hilarious restroom and other things.  Sadly for them, they literally JUST missed out on being included in my most recent book about unique and quirky tourist destinations. (Have you seen my new book?  If not, check it out HERE!)

Places like this always try to find things that become a drawing card for tourists.  Indeed, they have some unique finds in the shop.  And, for a small fee you can visit the “Snakes and turtles and fish…Oh My,” as their pamphlet advertises.  Over on the other side of the building you can feed live goats that reside on the roof of the building.  You can get a selfie with their “Sitty Hall” outhouse or with their own version of “Bigfoot.”

ENJOYING WHAT YOU SEE?  TRY MY BOOKS.

You can check my books out on Amazon for more fun reads about my quirky back roads travels.  Get them out on my Amazon page https://www.amazon.com/-/e/B0784XVGSW