When I was young and living in Albuquerque, NM in the 1960s, there were not many Interstate Highways.  Most of the country still relied on the U.S. Numbered Highway System.

Even to this day I can recall our family drives along the iconic Route 66 out of Albuquerque to Gallup, NM and then, eventually, when we moved to Dallas in 1968 we took it all the way to Amarillo, TX.  Even at that young age I was already enamored by the maze of highways and the desire to see what lays along these long black roads with millions of white lines in the middle and endless telephone poles and wires along both sides.  I too remember the many billboards advertising Stuckey’s roadside stops, gas station or unique tourist attractions.

Since those days I have had the opportunity to travel many of these wonderful highways that ribbon across this glorious country.  They highways have taken me through deserts, mountains, mosquito-infested lake areas, the high plains, through small towns and big cities.  As I near 60 years old the fascination with these highways continues and I drive them every chance I get!!

The current system of United States Numbered Highways (also called U.S. Routes or U.S. Highways) is an integrated network of roads and highways numbered within a nationwide grid in the contiguous United States. The roadways have always been maintained by state or local governments since their initial designation in 1926.

According to an article entitled “From Names to Numbers: The Origins of the U.S. Numbered Highway System” by Richard F. Weingroff of the Federal Highway Administration, highway numbering didn’t get started until 1926.  Prior to that time there were just a couple of cross country roads, known as trails back then.  These would include the Lincoln Highway (a direct route from New York City to San Francisco) and the Victory Highway (New York City to San Francisco via Baltimore).  The idea of the Lincoln Highway came from the fertile mind of Carl Fisher, the man also responsible for the Indianapolis Motor Speedway and Miami Beach. With help from fellow industrialists Frank Seiberling and Henry Joy, an improved, hard-surfaced road was envisioned that would stretch almost 3400 miles from coast to coast, New York to San Francisco, over the shortest practical route.

The trails were a product of the pioneer days of auto travel when government took little interest in interstate roads. Most long distance trips, even by the most avid advocate of the automobile, took place in the comfort of the Nation’s railroads. Although named trails can be traced to the 1890’s, the movement began in earnest in the early 1910’s, with the National Old Trails Road (Baltimore to Los Angeles) and the Lincoln Highway setting the pattern. Boosters selected a route over existing–often, just barely existing–roads, gave it a colorful name, formed an association to promote the trail, and collected dues from businesses and towns along the way. The associations published trail guides and newsletters, held annual conventions, and promoted the improvement and use of their route. The goals were to promote the road, the good roads cause, and economic opportunity for the cities and businesses along the way.

In March 1925, the American Association of State Highway Officials (AASHO) started planning the federal highway system. Major east-west routes would be numbered in multiples of ten, from U.S. 10 across the north to U.S. 90 across the south. The major north-south routes would end in 1 or 5, from U.S. 1 between Maine and Florida to U.S. 101 between Washington and California. The Lincoln Highway was then broken up into U.S. 1, U.S. 30, U.S. 530, U.S. 40 and U.S. 50 (see above). The Lincoln Highway Association was created in 1913 to promote the Lincoln Highway using private and corporate donations. The public responded favorably, and many other named roads across the country followed.

As I mentioned, the numbering of highways began in earnest in 1925. Generally, north-to-south highways are odd-numbered, with lowest numbers in the east, the area of the founding thirteen states of the United States, and highest in the west. Similarly, east-to-west highways are typically even-numbered, with the lowest numbers in the north, where roads were first improved most intensively, and highest in the south. Major north–south routes have numbers ending in “1” while major east–west routes have numbers ending in “0”.  Expansion of the system continued until 1956, when the Interstate Highway System was formed. After construction was completed, many U.S. Routes were replaced by Interstate Highways for through traffic. Despite the Interstate system, U.S. Highways still form many important regional connections, and new routes are still being added.

Throughout my years of driving, I have been blessed to be able to traverse thousands of miles of these numbered US highways.  In some instances, I have covered the entirety of the routes (over a number of trips).  For instance, from the 1970s to as late as 2014, I covered the entire north/south path of US 89, from Canada to Mexico.  I have been on most of US 66, US 61, US 20 and many others.

Some of the US Highways traverse the entire length of the country east to west or north to south.   Some of the longest of these are listed below:

US Highway 30 from Atlantic City, NJ to Astoria, OR

US Highway 2 from Houlton, ME to Rouses Point, NY and then starts again at St. Ignace, MI and goes all the way to Everett, WA – 2,572 miles (combined)

US Highway 61 – the Great River Road along the Mississippi River and then the Blues Highway in Mississippi – from Wyoming, MN to New Orleans, LA – 1,400 miles

US Highway 89 – goes along many of the US National Parks including Glacier NP, Yellowstone NP, Bryce Canyon NP, Zion NP and the Grand Canyon – from just north of Babb, MT on the Canadian border to Flagstaff, AZ.  Continues 89A south through Sedona and then onto Nogales (according to the US 89 Society website) – officially 1,247 miles, but the US 89 Society shows it as 1,800 miles) 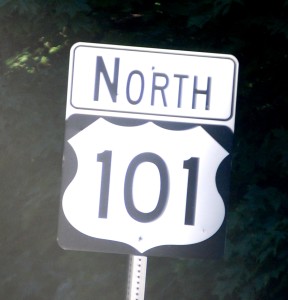 Currently there are numbered highways from US 1 all the way to US 830 and a couple hundred in between. I have not been on a good number of these, but many of the cross country ones have felt the wheels of my cars and my footprints.  I have been on US 1 along many parts of the Atlantic Coast and have traveled much of US 101 on the Pacific Coast.  I have traveled the length of US 89 and have been on most of US 2 from Michigan to Montana. 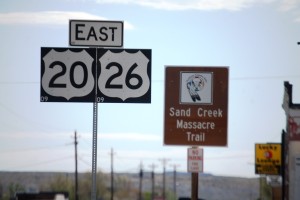 Over the course of my next few posts, I will address my travels on the US Numbered Highways and note some of the wonderful places that can be seen along these routes.

One thought on “Traveling US Numbered Highways – Part I: An Overview and History”