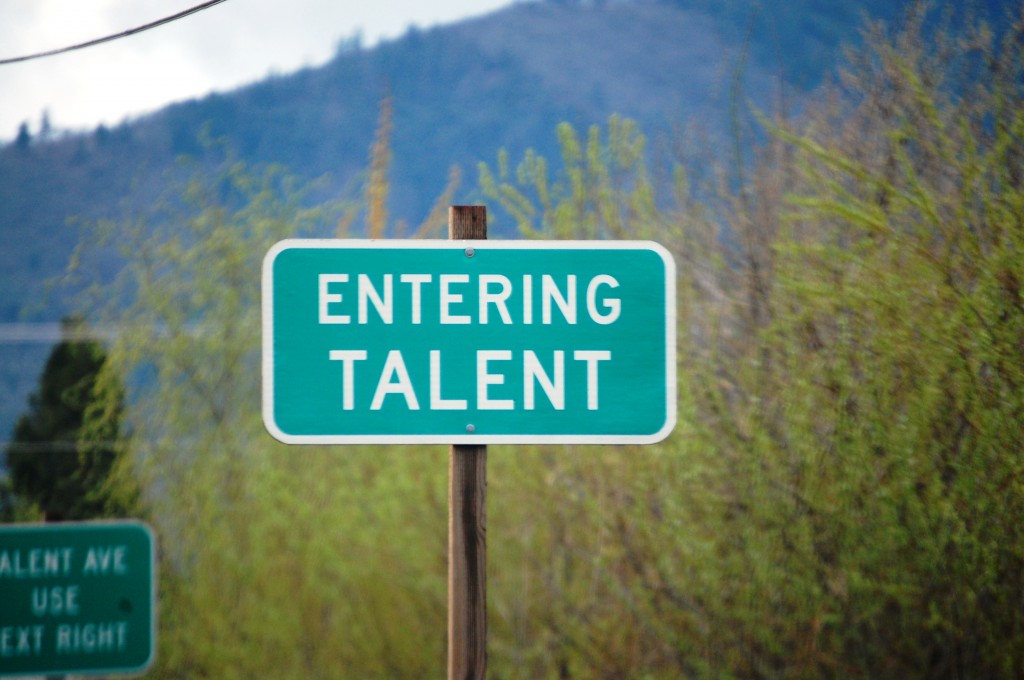 Welcome to Talent, Oregon[/caption] I am currently on another business trip in Oregon and was down in the Ashland area in Southern Oregon.  Just near Ashland is a small town called Talent, OR.  I first heard about it when there was a participant from Talent that appeared on America’s Got Talent. [caption id="attachment_223" align="alignleft" width="256"] 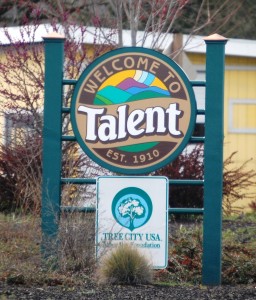 Welcome to Talent[/caption] Called “The City of Talent“,  I am not sure how much talent there actually is here.  The community does have nearly 7000 people.  According to the Talent website, the story of Talent begins in 1852 with the arrival of the first recorded settler, Jacob Wagner. Jacob completed his homestead in 1853 and named his settlement “Wagner.” In 1854, the military came from Yreka and set up a fort on Jacob’s property. The fort was named “Fort Wagner,” and was intended to protect the travelers and early settlers from the Indians who had lived in the Bear Creek Valley for many years. There was never any trouble from the Indians, so Fort Wagner became a center for social activities and religious services. [caption id="attachment_224" align="aligncenter" width="300"] 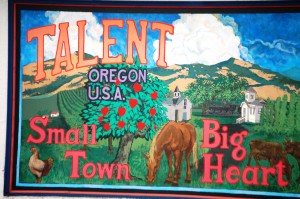 Talent Mural[/caption] There is controversy as to the first name of our town. Some say it was “Wagner Creek Fort.” Others say “Wagner Creek.” Regardless, in 1889, A.P. Talent platted a townsite and named it “Talent.” On November 2, 1910, Talent became an incorporated town. [caption id="attachment_225" align="aligncenter" width="300"] 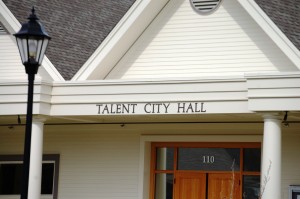 Talent City Hall[/caption] Right behind the Talent City Hall there is a strange home that even has a shoe tree.  I found it unique…. [caption id="attachment_226" align="aligncenter" width="300"] 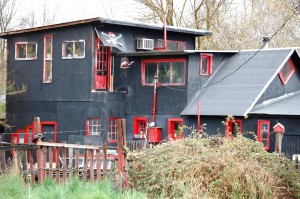 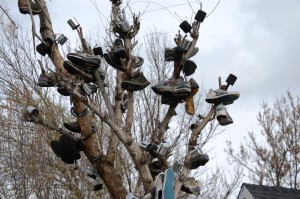 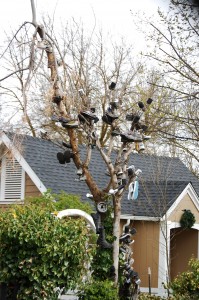 Another view of Talent, Oregon “Shoe Tree”[/caption] Of course, if you don’t have talent and try to do something wrong, you may get in trouble.  There is a ‘Talent Police” here!! [caption id="attachment_221" align="aligncenter" width="640"] 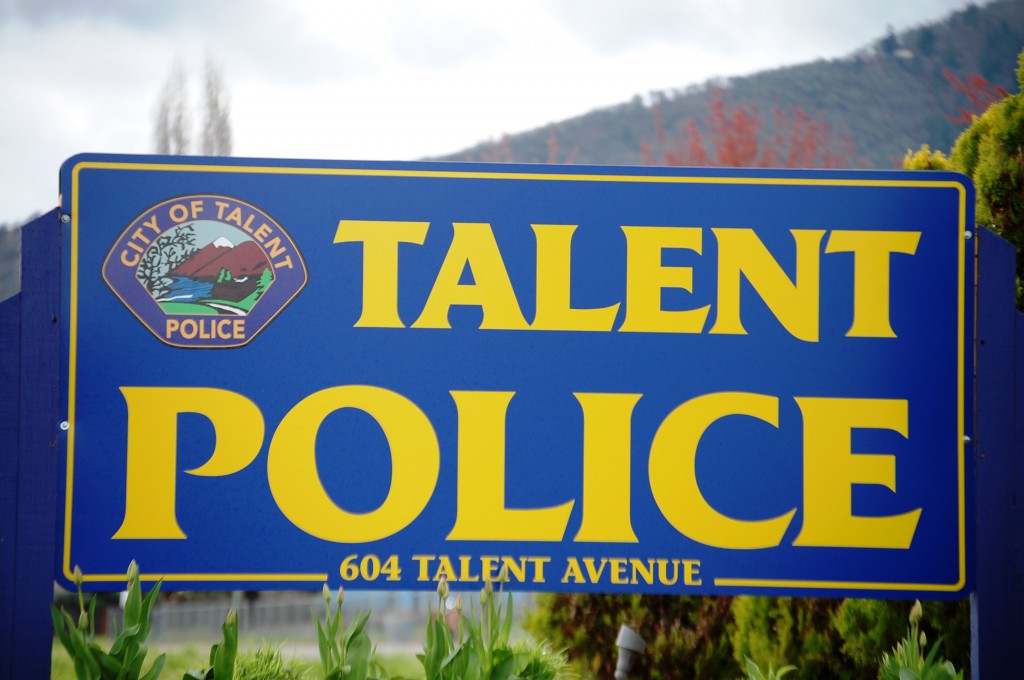 0 thoughts on “Oregon's got Talent!!”