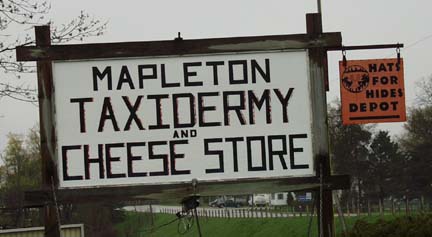 Mapleton Taxidermy and Cheese Store[/caption] I was stunned to see the above sign, so much so that I had to stop and take a look see. While there, I entered the store and tried my best to get a shot of the nexus of taxidermy and cheese, as shown below: [caption id="attachment_282" align="aligncenter" width="432"] 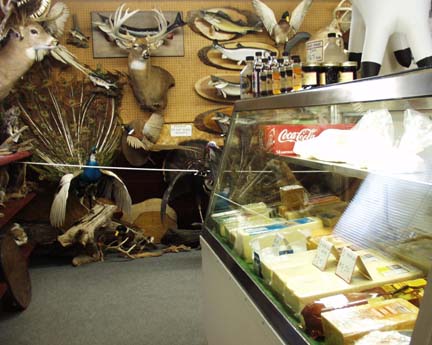 Taxidermy and Cheese[/caption] Upon exiting I ran into Dave…he is the husband and runs the taxidermy side.  His wife runs the cheese store.  Dave was out tanning some bear hides.  He told me some interesting stories. [caption id="attachment_281" align="aligncenter" width="327"] 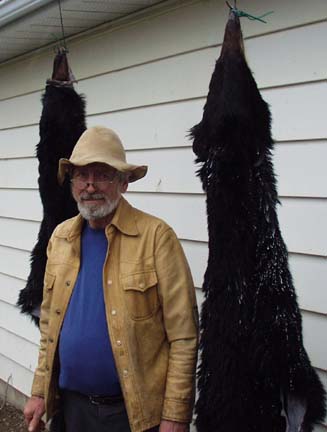 David Snook, the Taxidermist[/caption] If you are ever in southern Ontario and making your way to Sparta (which is really a cool and unique little town in and of itself — see my Trip Journal), make sure to drop the Taxidermy and Cheese Store in Mapleton.

0 thoughts on “Now for Something Completely Different: Taxidermy and Cheese Store”