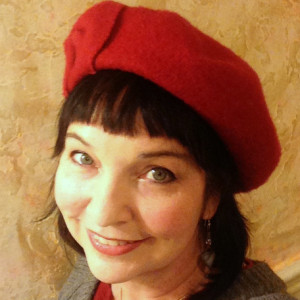 Throughout my time as a travel blogger I have had the opportunity to correspond and exchange notes with many other travel bloggers who are also find of the offbeat and quirky. One of those with whom I have worked with often is Tui Snider, from Azle, Texas.

Tui is a freelance writer and travel blogger specializing in offbeat sites, overlooked history, cultural traditions, and quirky travel destinations. Her articles and photos have appeared in BMIbaby, easyJet, Wizzit, Click, Ling, PlanetEye Traveler, iStopover, SkyEurope, and North Texas Farm and Ranch magazines, among others. She also wrote the shopping chapter for the “Time Out Naples: Capri, Sorrento, and the Amalfi Coast 2010” travel guidebook. Unexpected Texas is her first book. 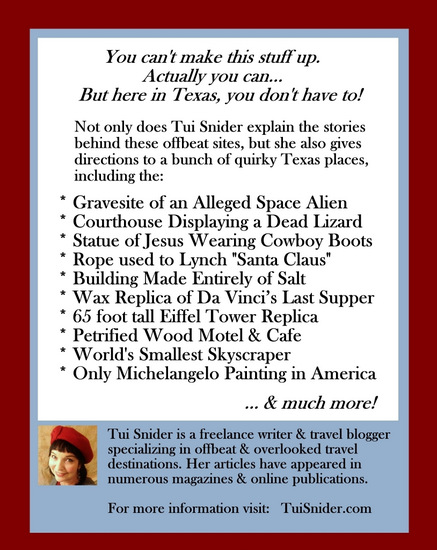 First off, I am honored to have been asked to be a part of her “Blog Tour” and to help interested travelers find another valuable guide for seeing some of the more unusual and fun parts of our great country. (Also, some lucky viewers will won some nice prizes….see below for details!!) I have had a chance to peruse this book and it is really chock full of splendid places on back roads you never heard of. Having traveled 1000s of miles of Texas backroads myself, I know that this will likely be Tui’s first book, but not last, on the wonders of Texas. 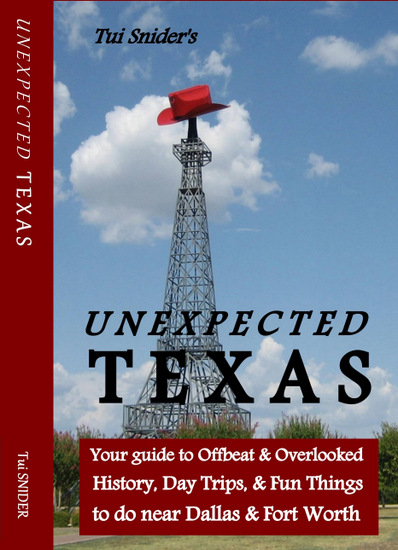 Some of the places, such as the Paris, Texas Eiffel Tower that adorns her cover are places I have been. 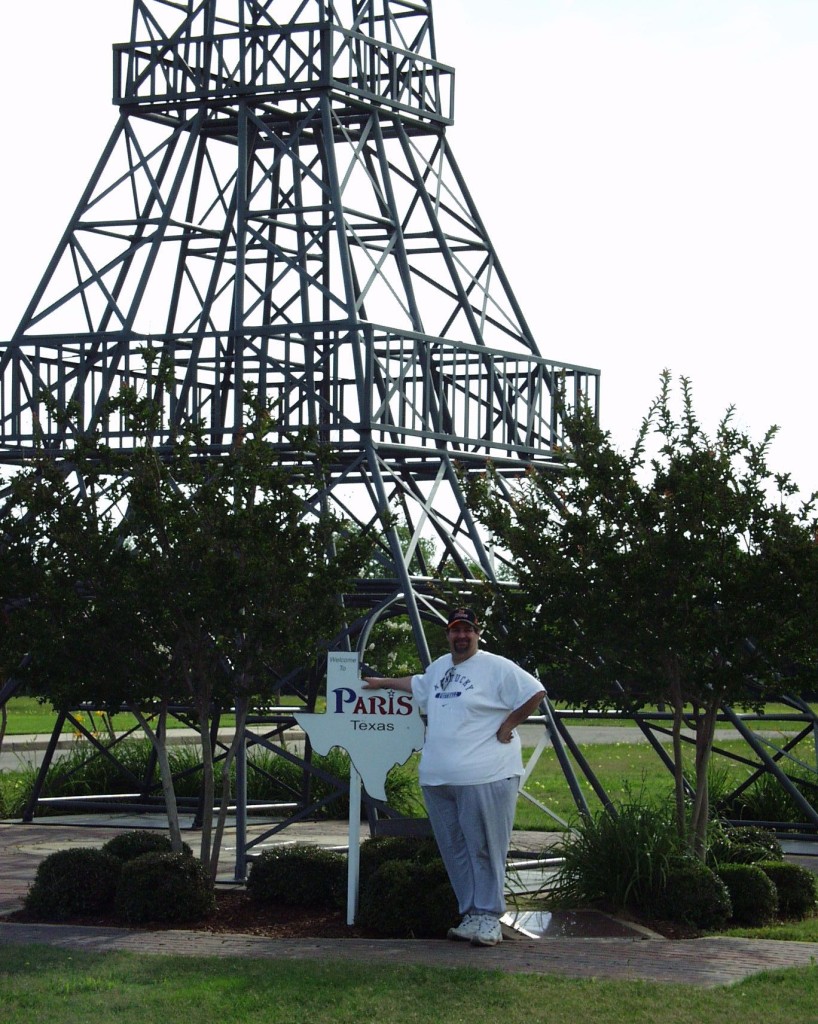 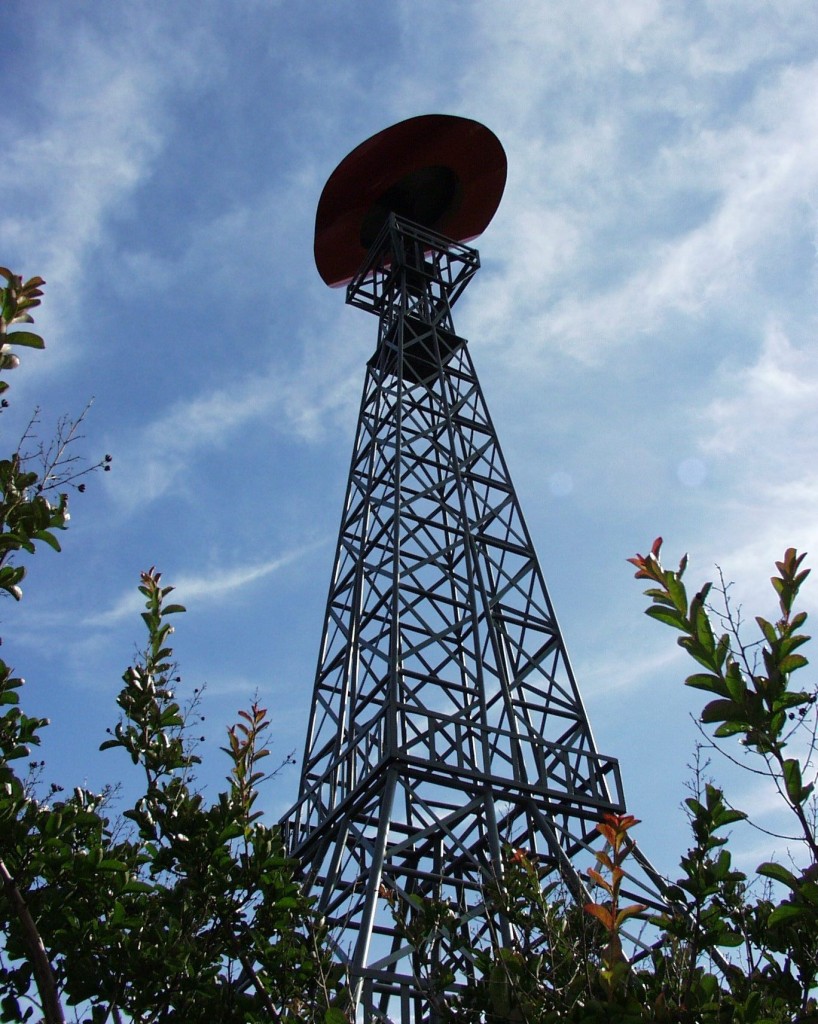 Looking up at Eiffel Tower (photo by Sumoflam Productions)

For Tui, travel is a mindset. Her motto is “Even home is a travel destination,” and she believes that “The world is only boring if you take everyone else’s word for it.” She has worn a lot of hats in her life – literally – and is especially fond of berets. Her first book, “Unexpected Texas” is a guide to offbeat and overlooked places within easy reach of the Dallas – Fort Worth region of North Texas. 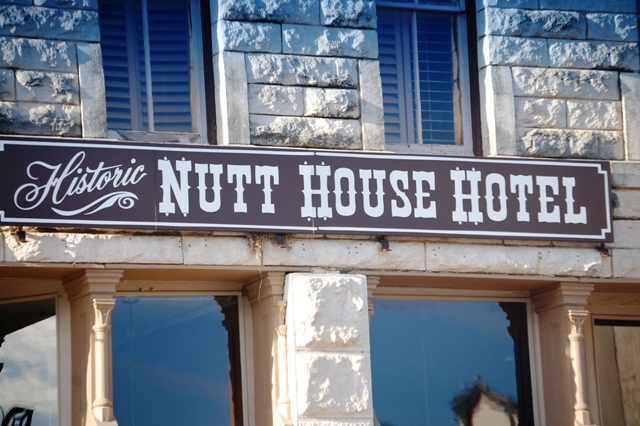 The Nutt House Hotel in Granbury Square, one of the locations covered in Tui Snider’s book.

Tui provides a nice overview of the quirky, offbeat and even scary places around north Texas, sharing often overlooked travel tips for places within a day’s drive of Dallas and Fort Worth. Some of the quirkier chapters include details on how to visit the: 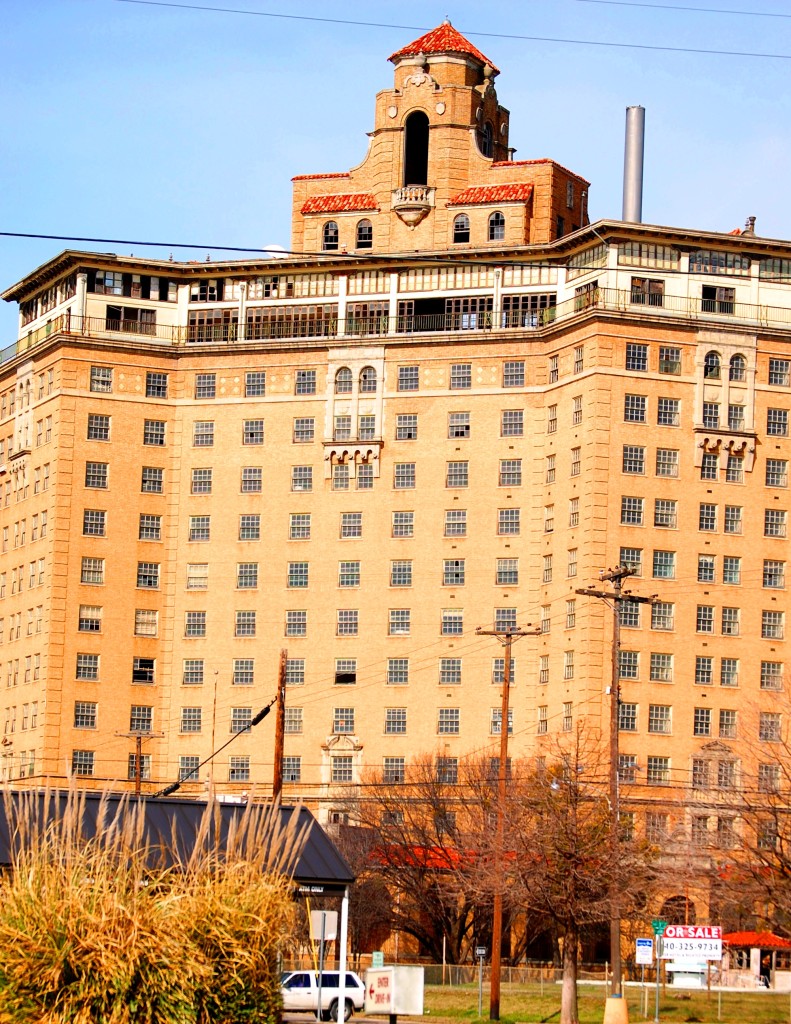 The Old Douglas Hotel in Mineral Wells, 1930s hotel to the stars (and Bonny and Clyde). Covered by Tui Snider in her book (photo by Sumoflam Productions)

Personally, I have driven hundreds of miles of roads in Texas and visited over 100 cities and towns, including a few of the places Tui covers in her book, such as Mineral Wells and the famous Douglas Hotel, where it was rumored that Bonnie and Clyde had stayed numerous times. I have also been to the Fort Worth Stockyards, Granbury, Denton, the Fossil Rim Animal Park and more. But I have barely scratched the surface in terms of the number of places Tui details in this great book! 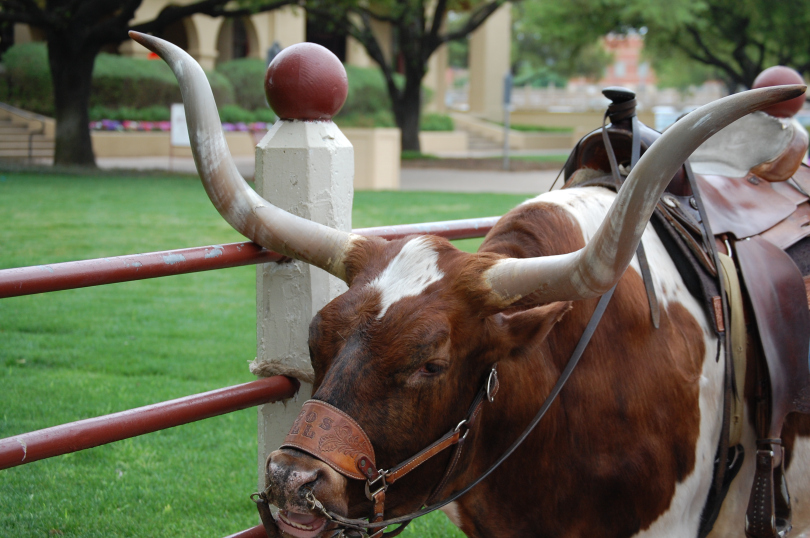 Pecos Bill, the giant longhorn for photo ops at the Fort Worth Stockyards (photo by Sumoflam Productions)

As an author, Tui now has a page of her own on Amazon

You can also find Tui all around the web. Feel free to drop by and say say hi: 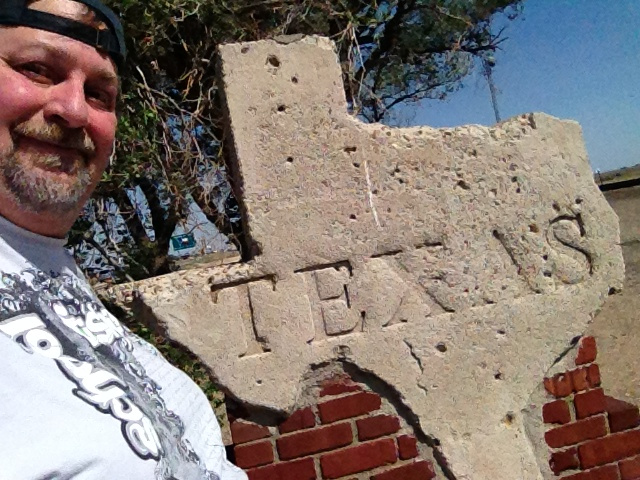