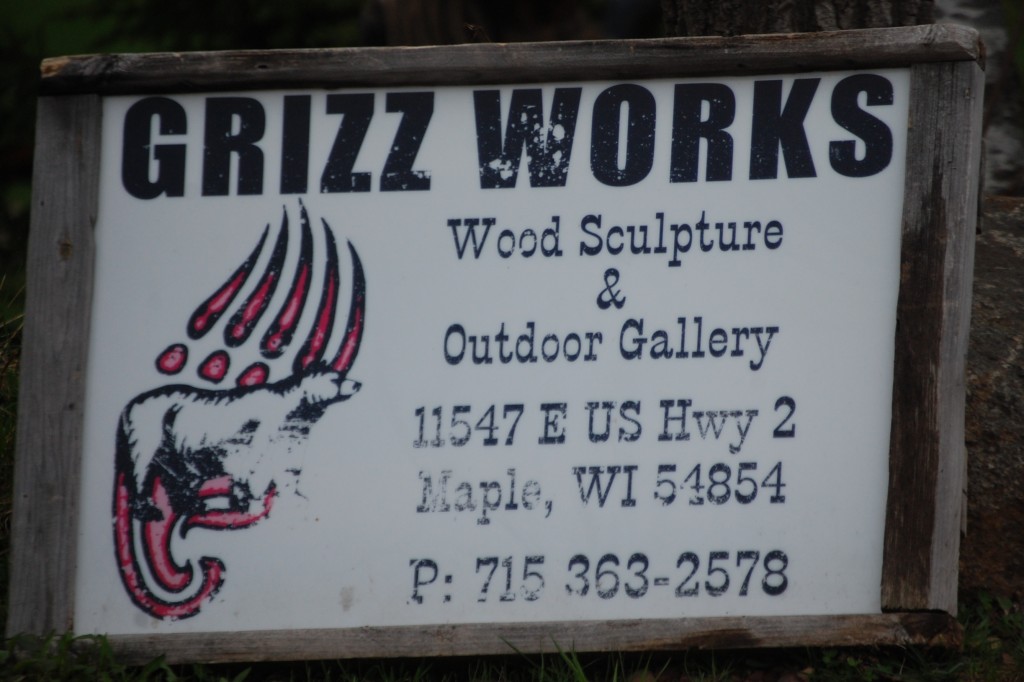 During my trip on US Route 2 across Wisconsin, I came across a unique place called Grizz Works in the small town of Maple, Wisconsin. It amounted to a roadside stop with a whole bunch of big, realistic looking chainsaw carved wooden animals and other statues. I have seen many of these along the roads in Wisconsin, Minnesota, Ontario, Arkansas and Kentucky, but the work that they had there was absolutely astounding! 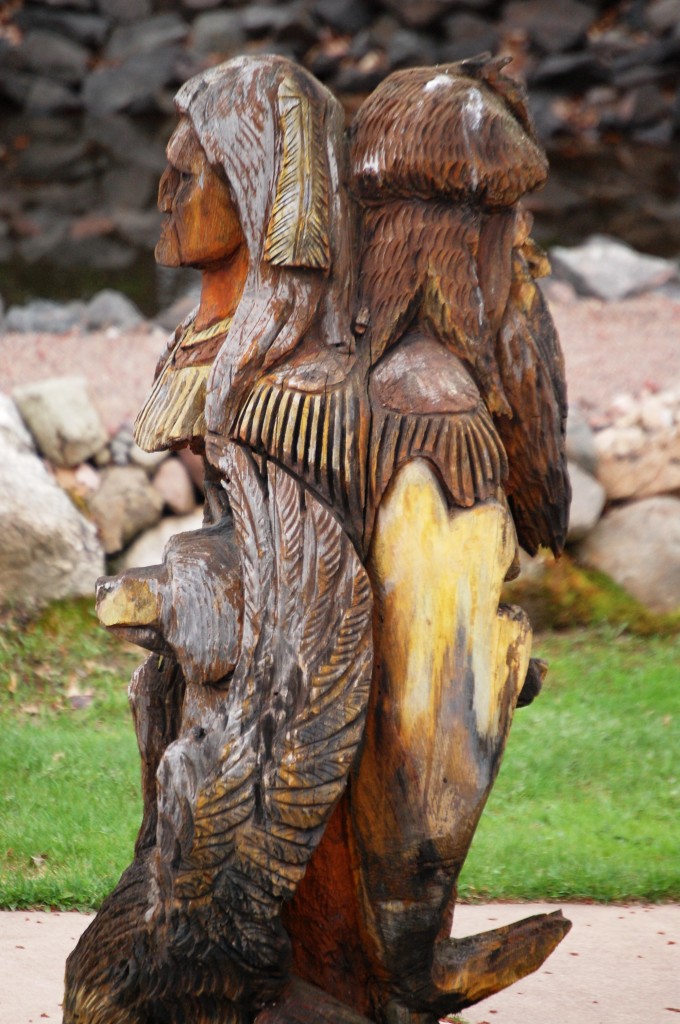 What caught my eye from the road was a 10 foot tall giant wooden grizzly that looked alive! 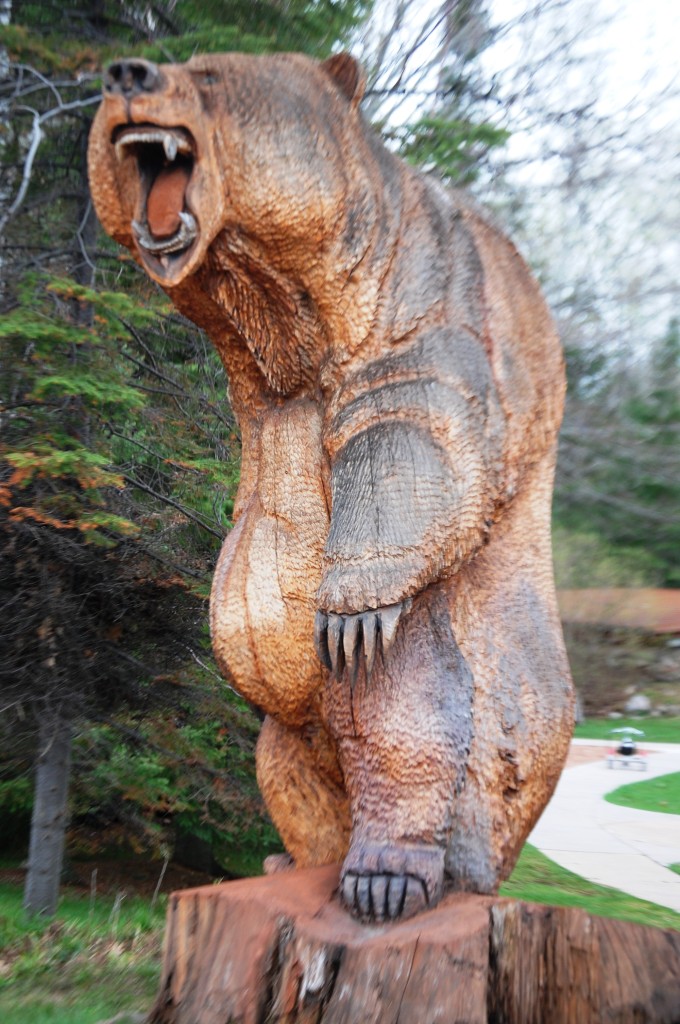 Since I passed it, I found the next place to turn around and I went back and stop by for a visit. This is one of those classic reasons why I take back road adventures because you never know what you will see along the way. 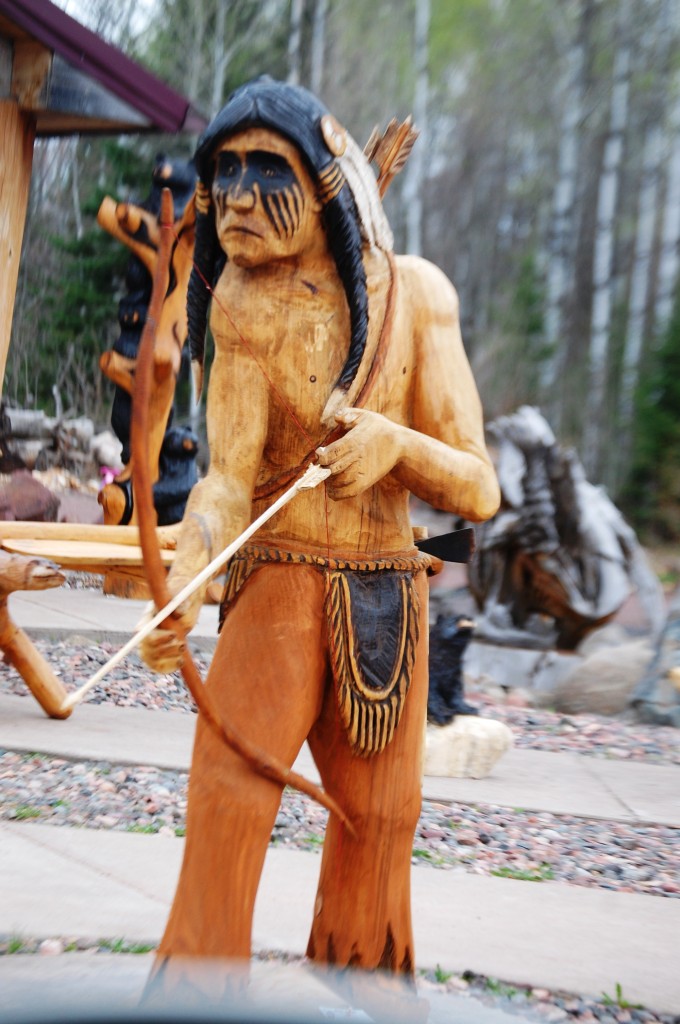 When I first got out, I went up to a man (Jared Nelson) who was busily painting dark paint onto one of the sculptures. I spoke with him a bit and found out that he has been working with the owner (Justin Howland) for a number of years and that they do this together. 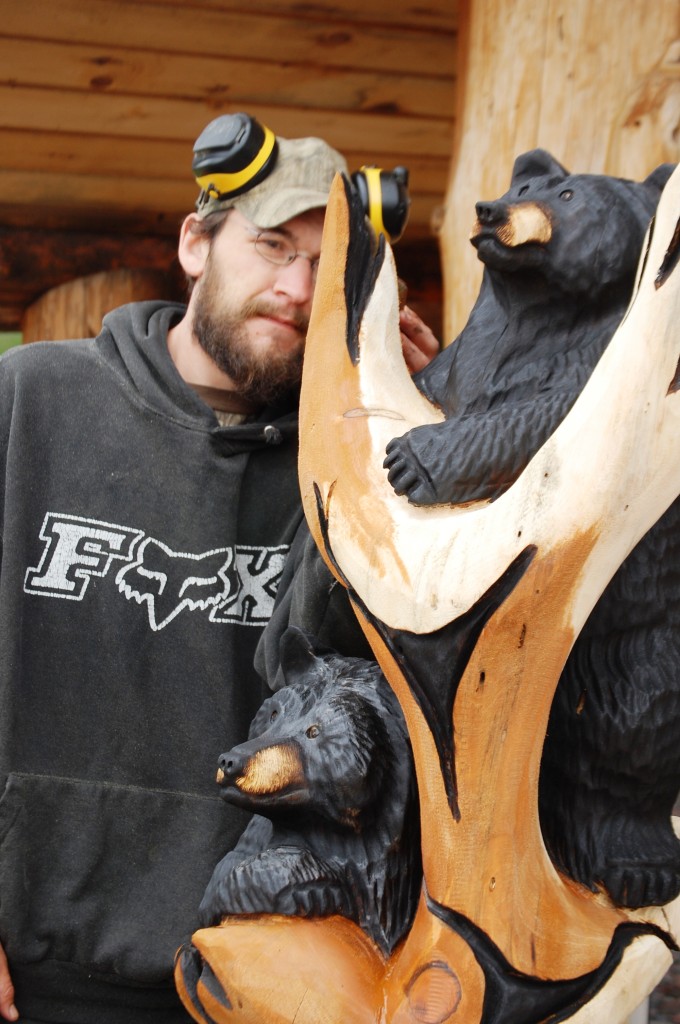 Jared Nelson of Grizz Works painting one of the pieces

I watched him work for a while and took a couple of photos of him working on the project he was on. I then went over and spoke to Justin Howland. 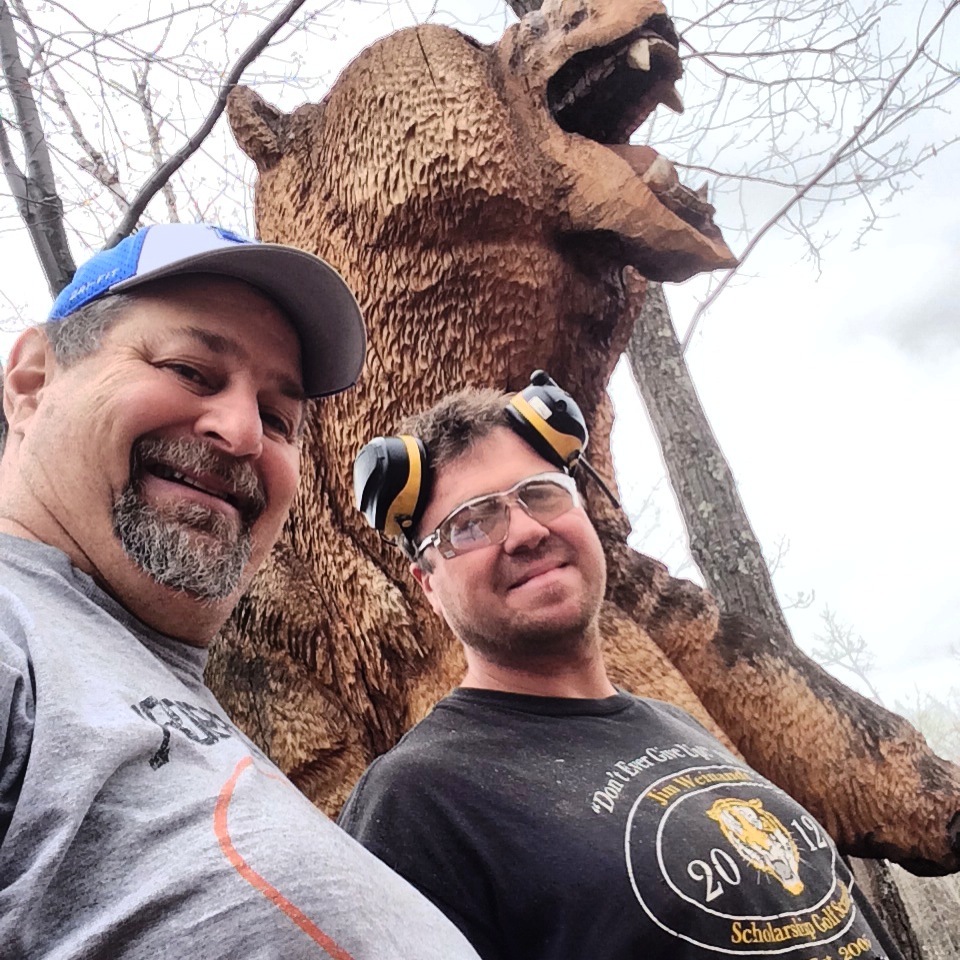 I learned that he has been doing this for over 20 years and that it started out by accident after he done a little bit of work but now they do large projects for a number of clients in many of these pieces run into the thousands and tens of thousands of dollars. Before Justin became an accomplished chainsaw carver, he was an award-winning pencil artist. His works were displayed in Wisconsin’s State Capital and in 1991 he received the W.T. Rogers Art Award. Over the years, Justin has developed a distinctive style in both his drawings and chainsaw art. 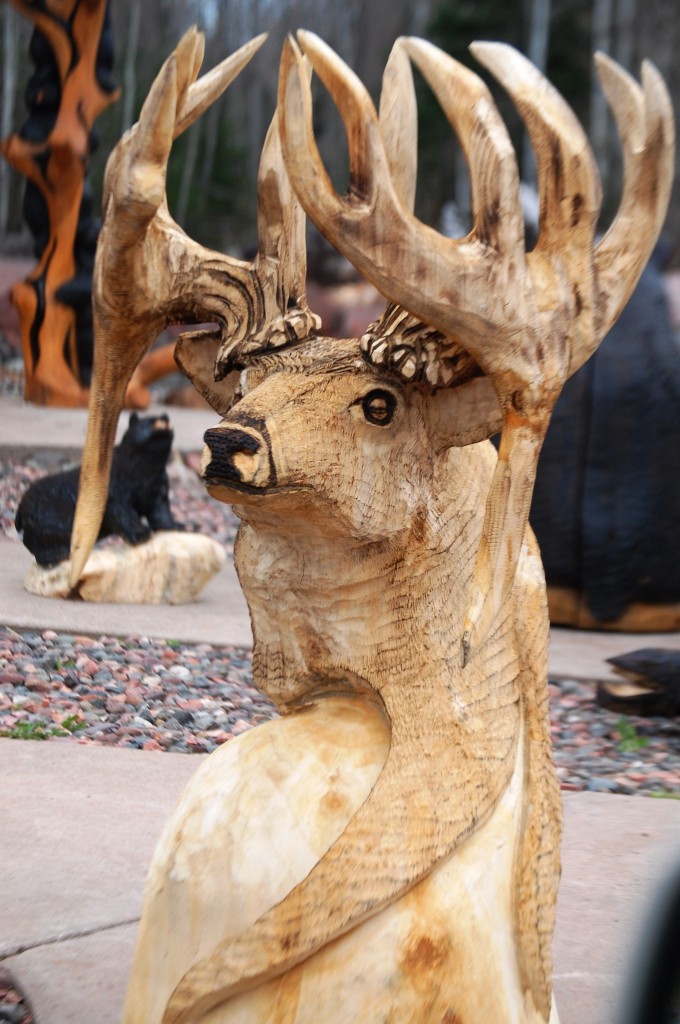 Justin opened Grizz Works in 1999, and since then, he’s won numerous awards and was even featured on ABC’s Extreme Makeover. There is a nice video of his work HERE.

Right there off of the road you could see nearly 20 to 25 pieces that were out there on display. But after talking to the owner, I found out that they also have two enclosed display areas on the site and are working on the third one. These will actually be like showrooms for their work. 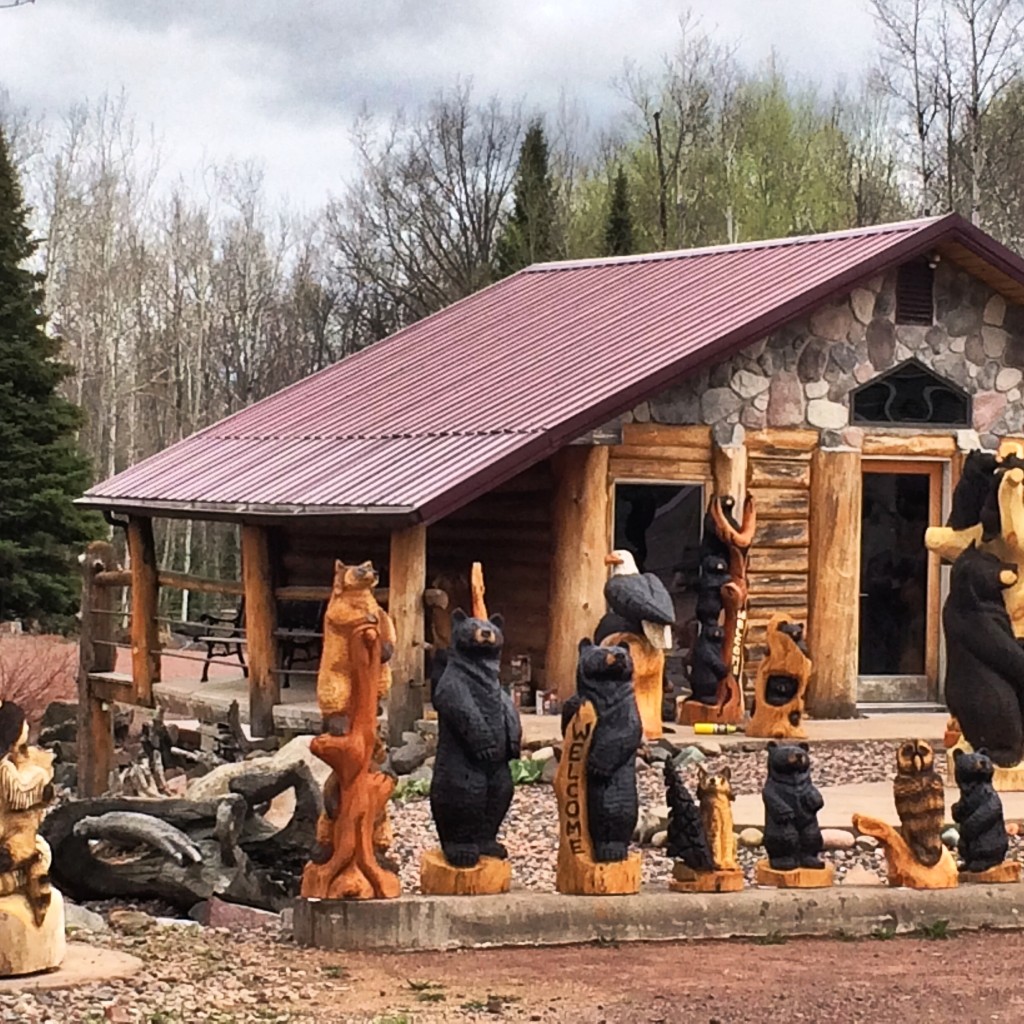 He was gracious enough to get in the photo with me under the giant grizzly. This is truly the symbol of their work in this monstrous piece of work would be wonderful in anyone’s yard… If they could find a semi to get it there. 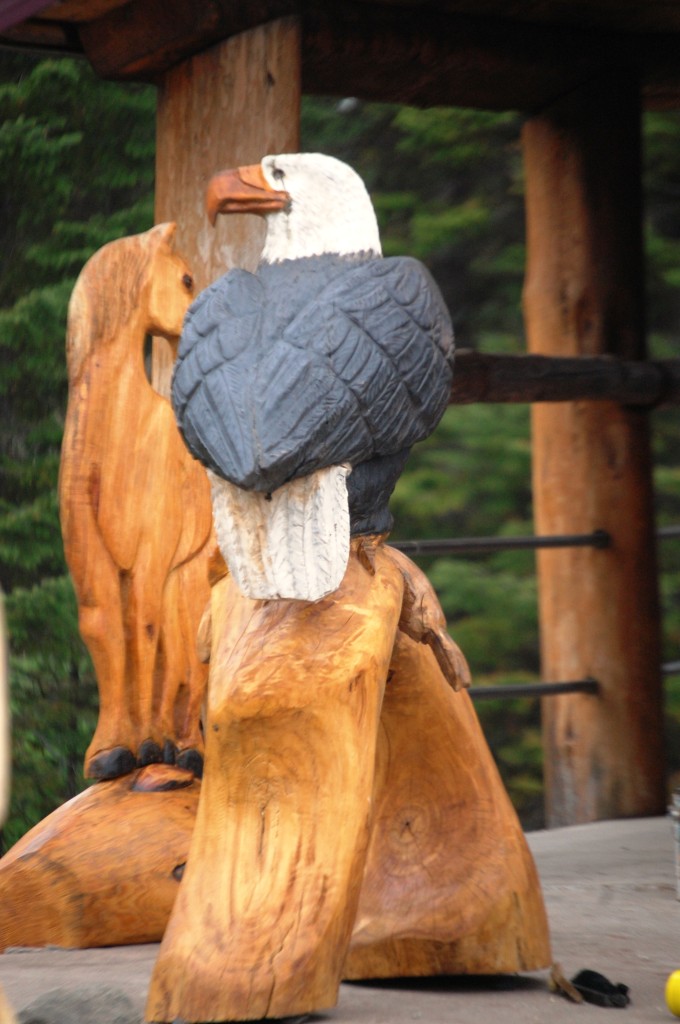 Glad I had the opportunity to meet these people and learn about their business. It was truly one of the more unique opportunities I had during my road trip across the country. 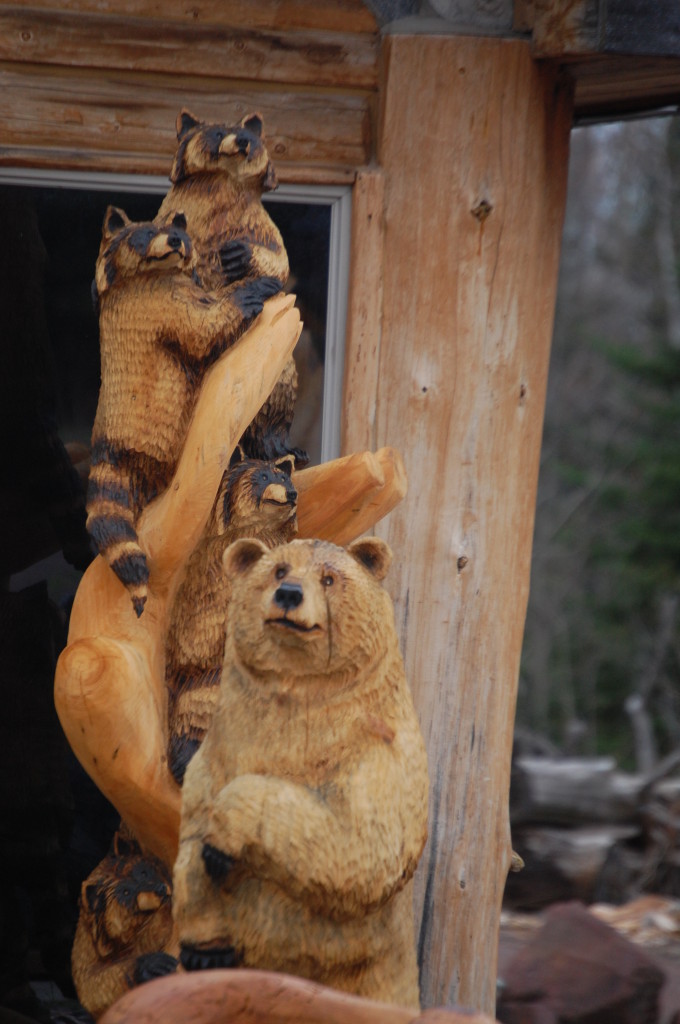 6 thoughts on “A Grizzly Experience: Grizz Works in Maple, WI”