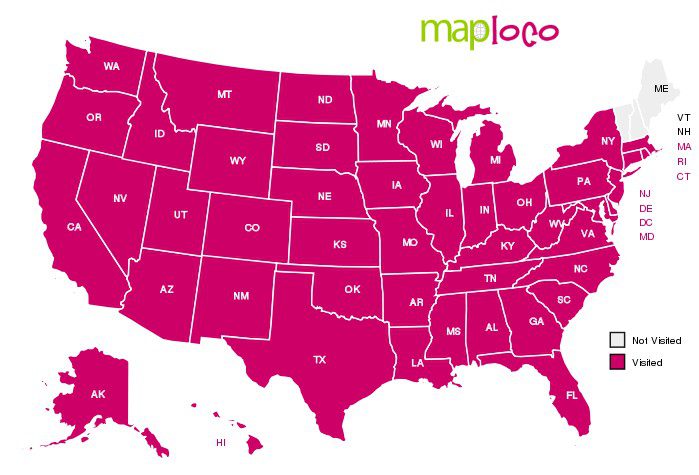 MapLoco States I Have Visited

In the last few days there has been a viral survey on Facebook (seems like there is one every week!!).  Simply put, “How Many States Have You Visited” is fun for all because it is simple and adds color and is really a “go viral” piece.  MapLoco.com has apparently used it to draw attention to their site.  I did it and my results are above – yes, I only have three states to go.  Many of my friends have done it as well and one common theme I found among many of them….they had not yet been to North Dakota.  In fact, a couple of my friends even indicated that they may never find a reason to go to North Dakota. 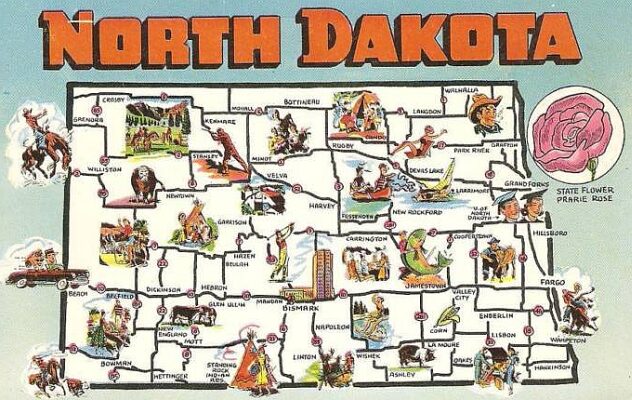 North Dakota gets a bad rap from people because in the winter there are unbearable blizzards and snow.  The state is relatively flat and “may not” have interesting places to visit (or so people think).  But, despite the cold winter, there is plenty to see and do in North Dakota for fun, especially if you go in late Spring or during the Summer.  Here are my TOP TEN places to visit in North Dakota. 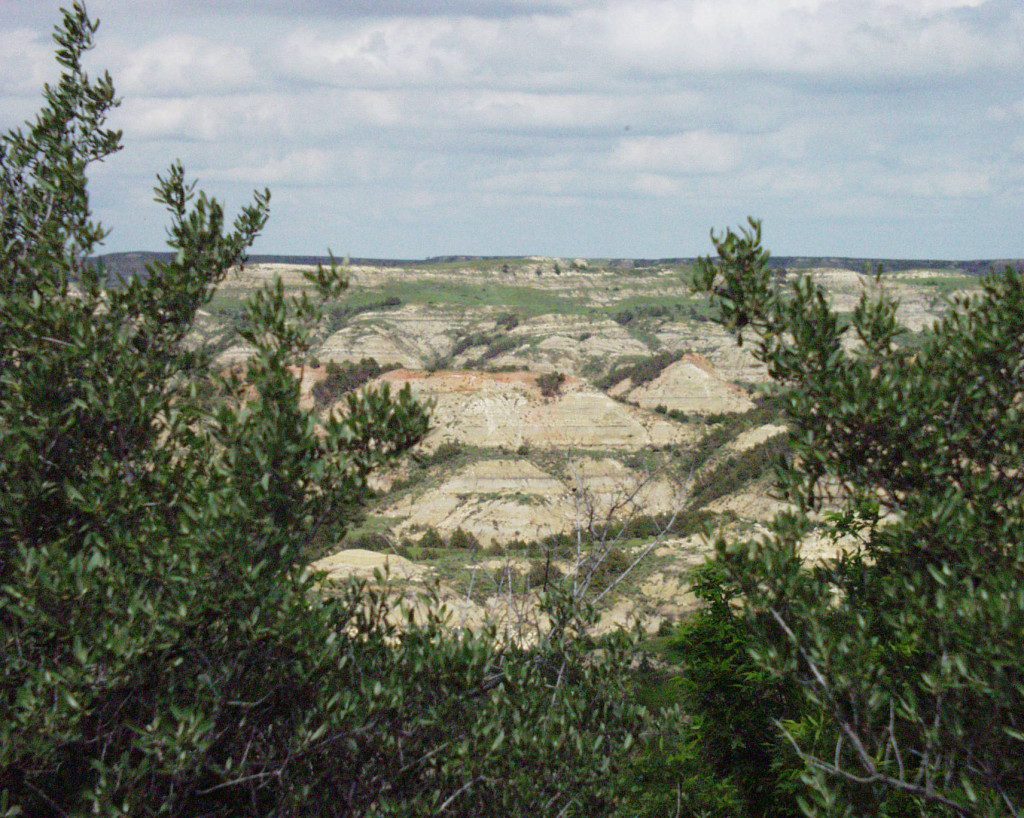 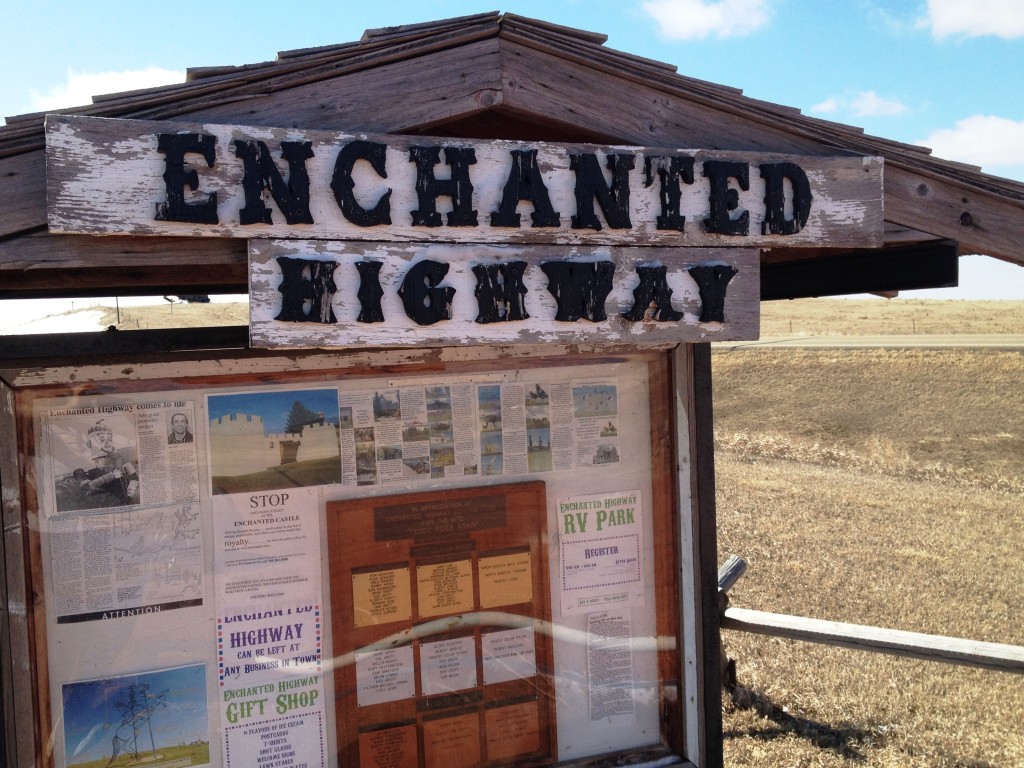 The Enchanted Highway is a collection of the world’s largest scrap metal sculptures constructed at intervals along a 32 mile stretch of two-lane highway from east of Dickinson, ND to Regent, ND.  In my opinion, this is one of America’s TOP Roadside Attractions. (See my complete blog post about it here).

Fisherman’s Dream, one of the many Ginormous scrap metal sculptures on the Enchanted Highway 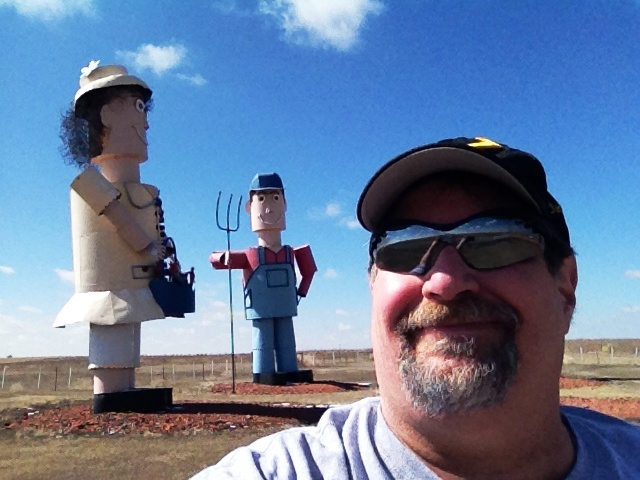 Sumoflam visiting the Tin Family, another large set of metal sculptures on the Enchanted Highway 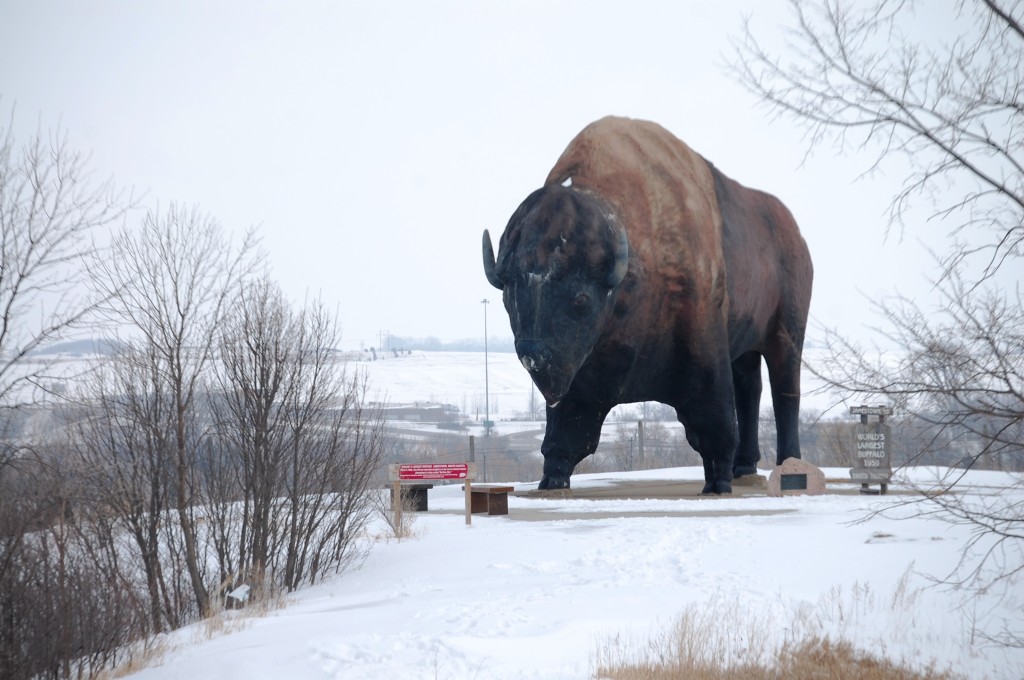 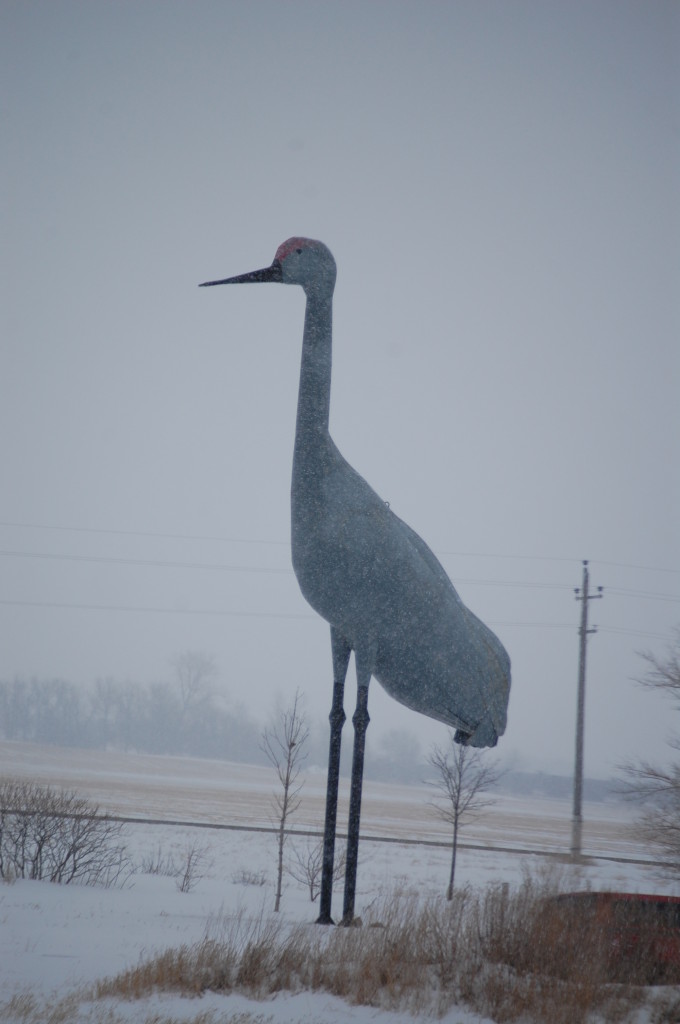 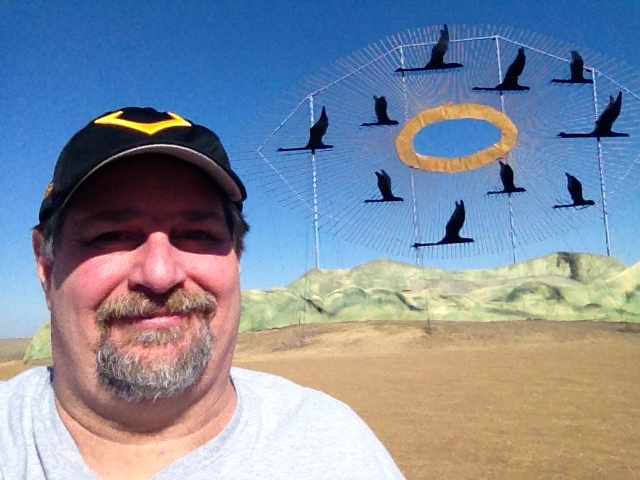 Sumoflam at the “Geese in Flight” Scrap Metal Sculpture, the world’s largest 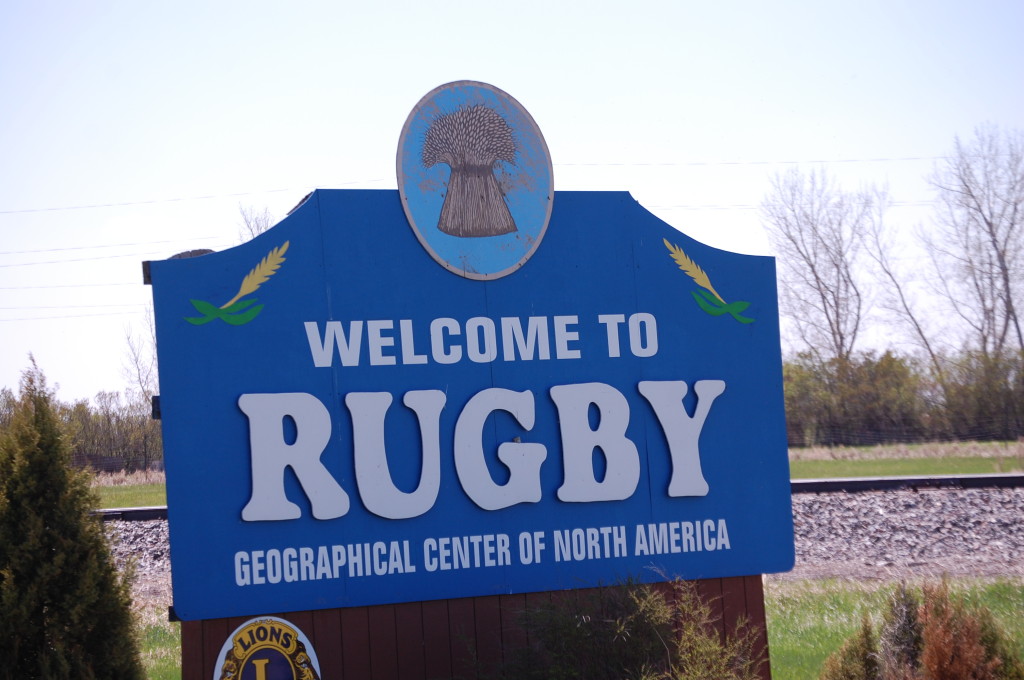 I got to visit Rugby in 2014.  The novelty of visiting the Geographical Center of North America was too much to resist (see my post here). 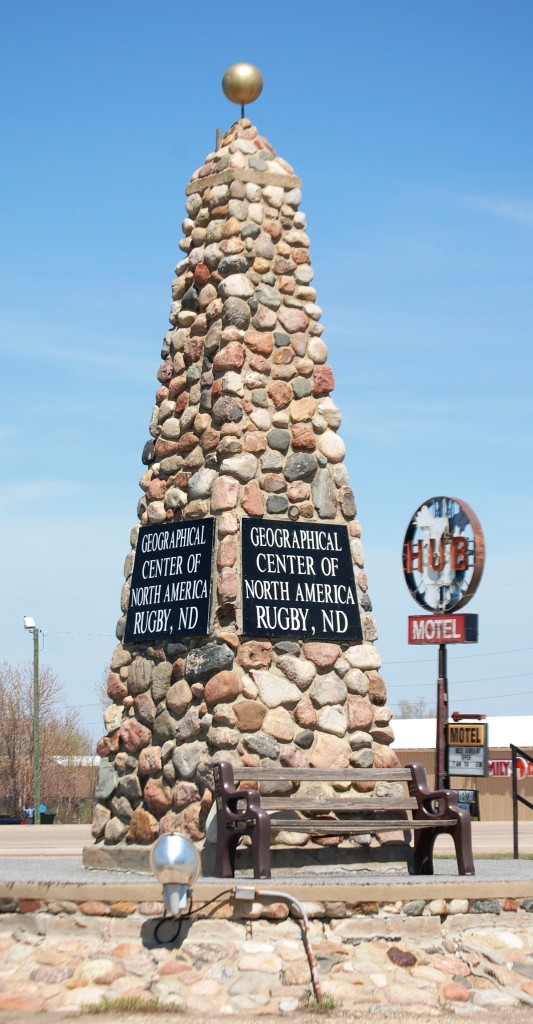 The Rugby Monument to the Geographical Center of North America 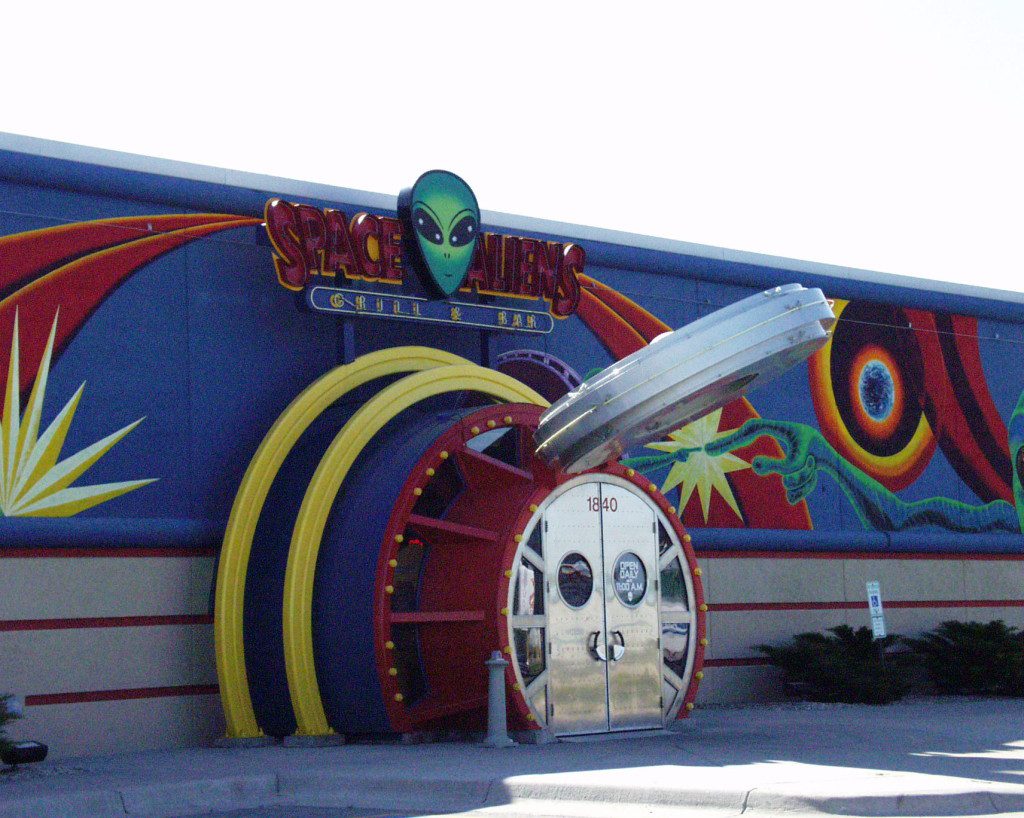 I have visited three of these locations over the years.  For an out of this world tasty experience (they have BBQ Ribs!!) you must stop by Space Aliens.  They actually have TWO locations in North Dakota (Bismarck as well).  As you can see below, back in 2005 we finished off a massive all-you-can-eat dinner. And the quirky theme restaurant has all of the outer-space kitsch you want too! 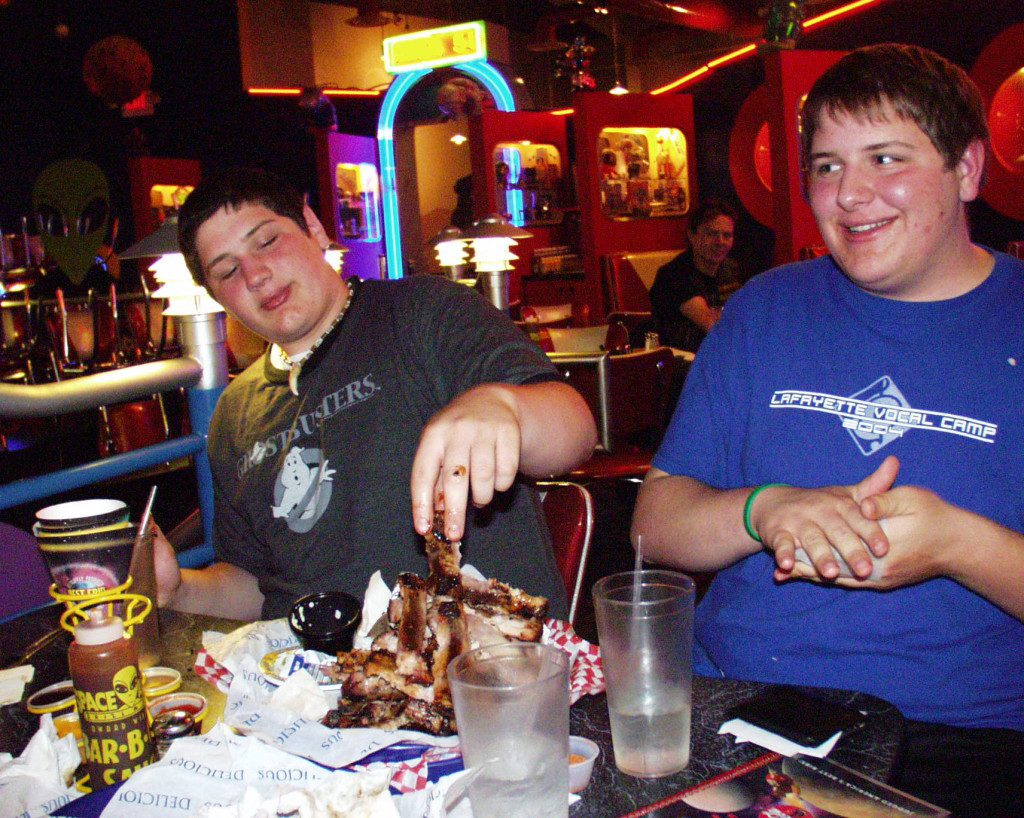 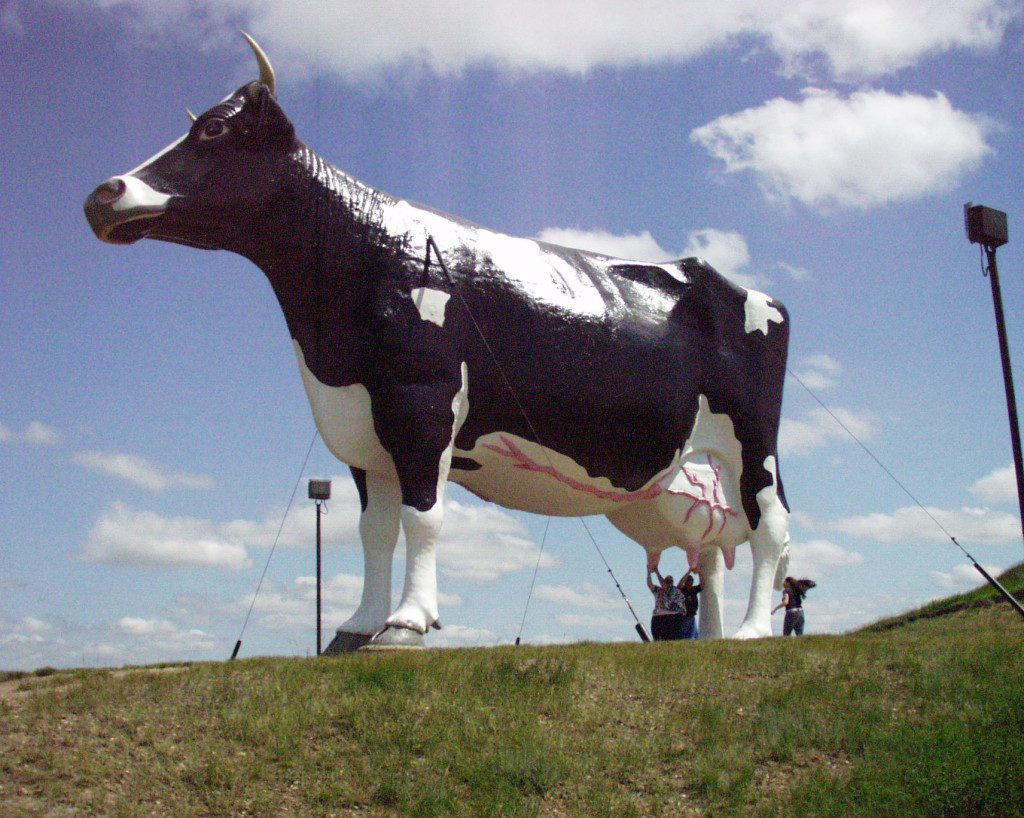 For an udderly moooving experience, Salem Sue is a must see attraction.  At 38 feet tall, 50 feet long and weighing over 12,000 pounds, this cow is amazing fun.  On a hill near New Salem, ND (I-94, exit 127), this bodacious bovine can be seen from as far as seven miles away on a clear day. 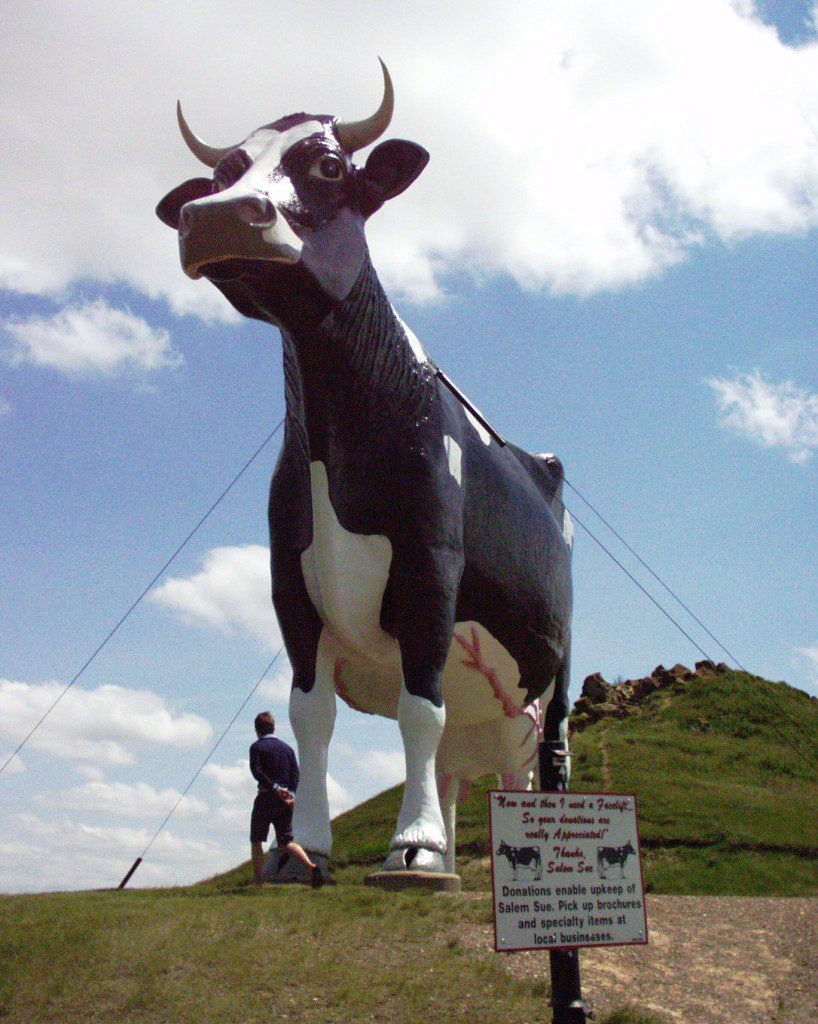 Salem Sue is a giant of all giants. Udderly amazing

7. A Pyramid in the Middle of Nowhere – Nekoma, ND 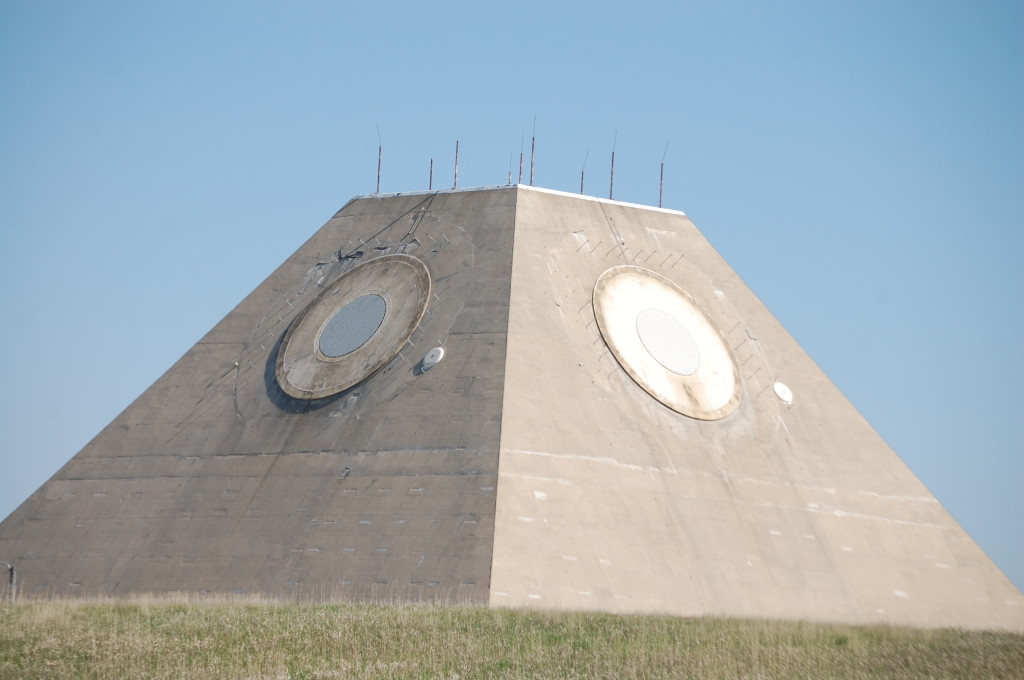 The Pyramid Shaped MSR of the Mickelsen Safeguard Complex

This pyramid is actually called the Missile Site Radar (MSR) installation. It is part of a larger installation called the Stanley R. Mickelson Safeguard Complex (SRMSC).  Built in the 1970s. this complex was the United States’ first operational ABM (anti-ballistic missile) defense system. This lonely 80 foot tall pyramid can be seen for miles. (See my complete post about this part of North Dakota)

The Pyramid in Nekoma, ND 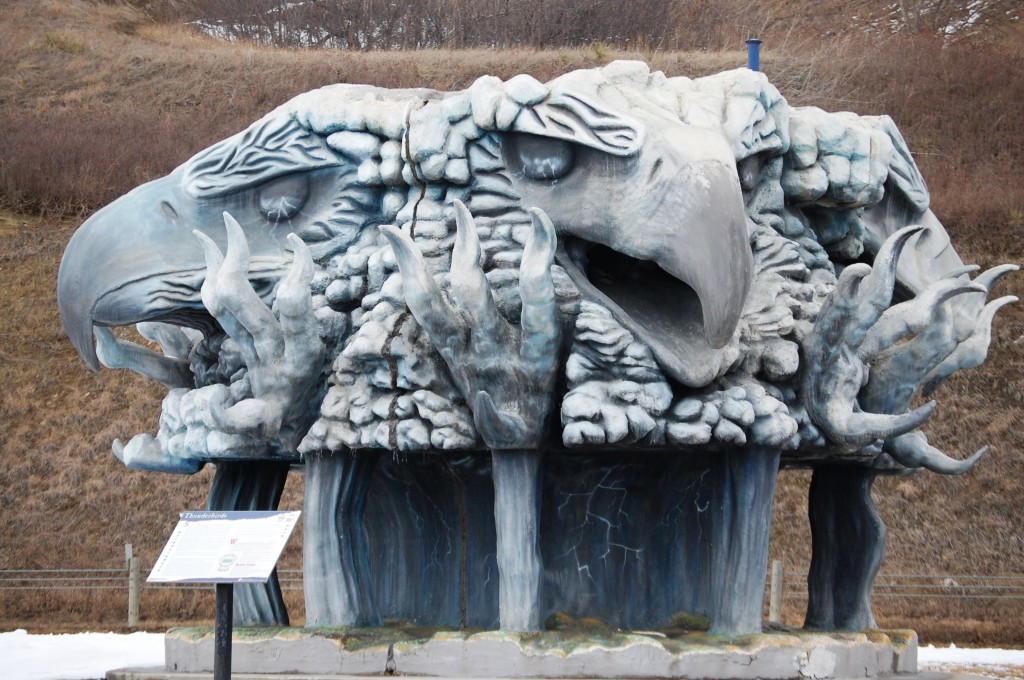 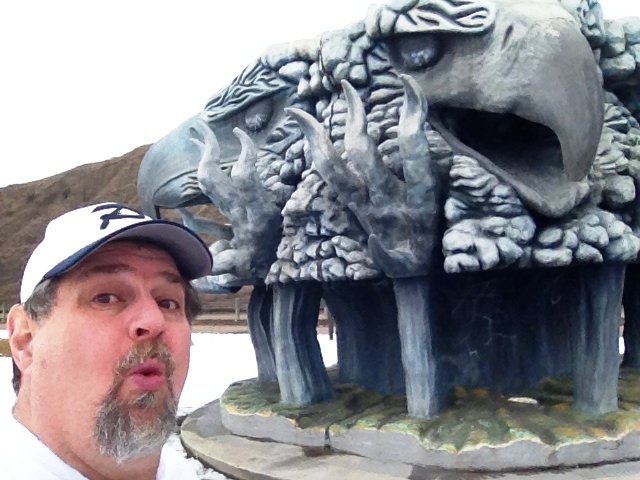 Sumoflam and Thunderbirds in Bismarck, ND 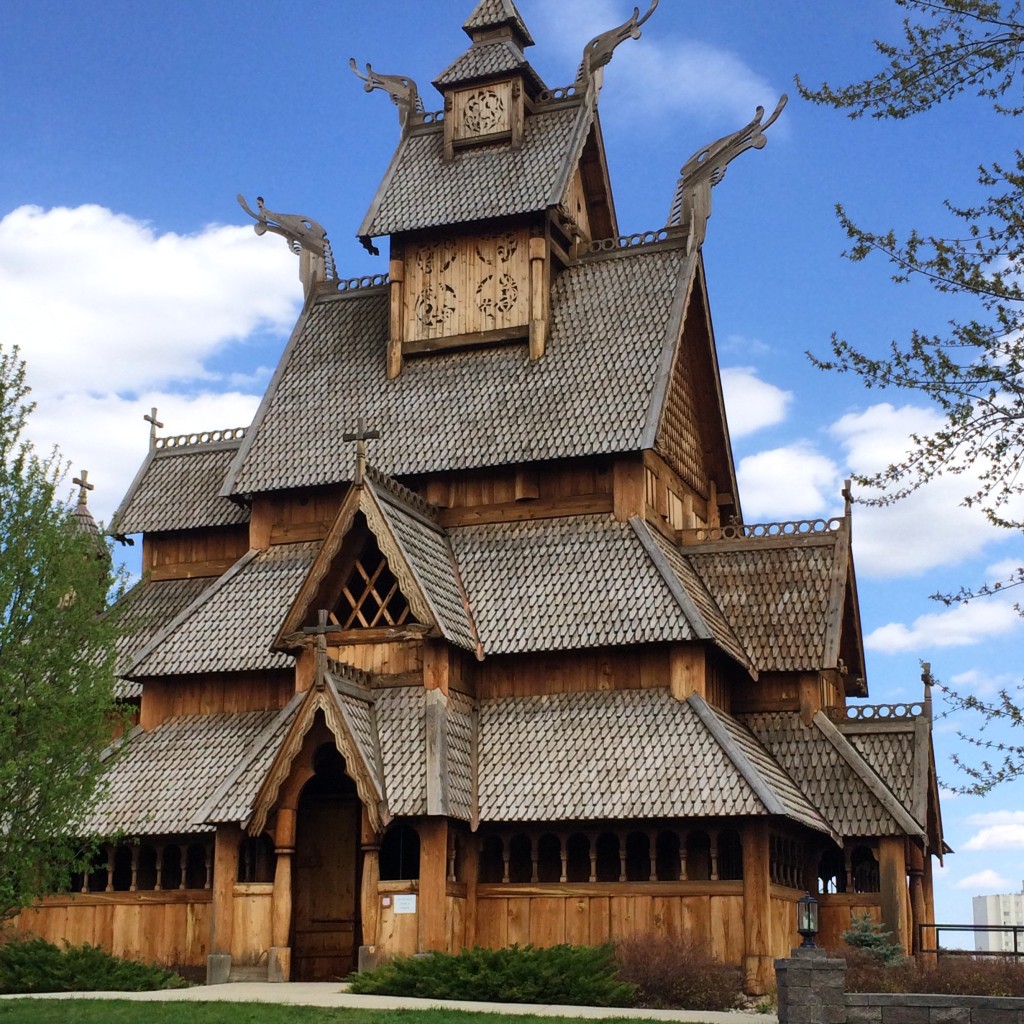 The Gol Stave Church replica and museum at the Scandinavian Heritage Park in Minot, ND

A tribute to North Dakota’s Scandinavian roots, the Scandinavian Heritage Park is a unique destination and most certainly worth a visit!! I loved it here.  (See my complete post). 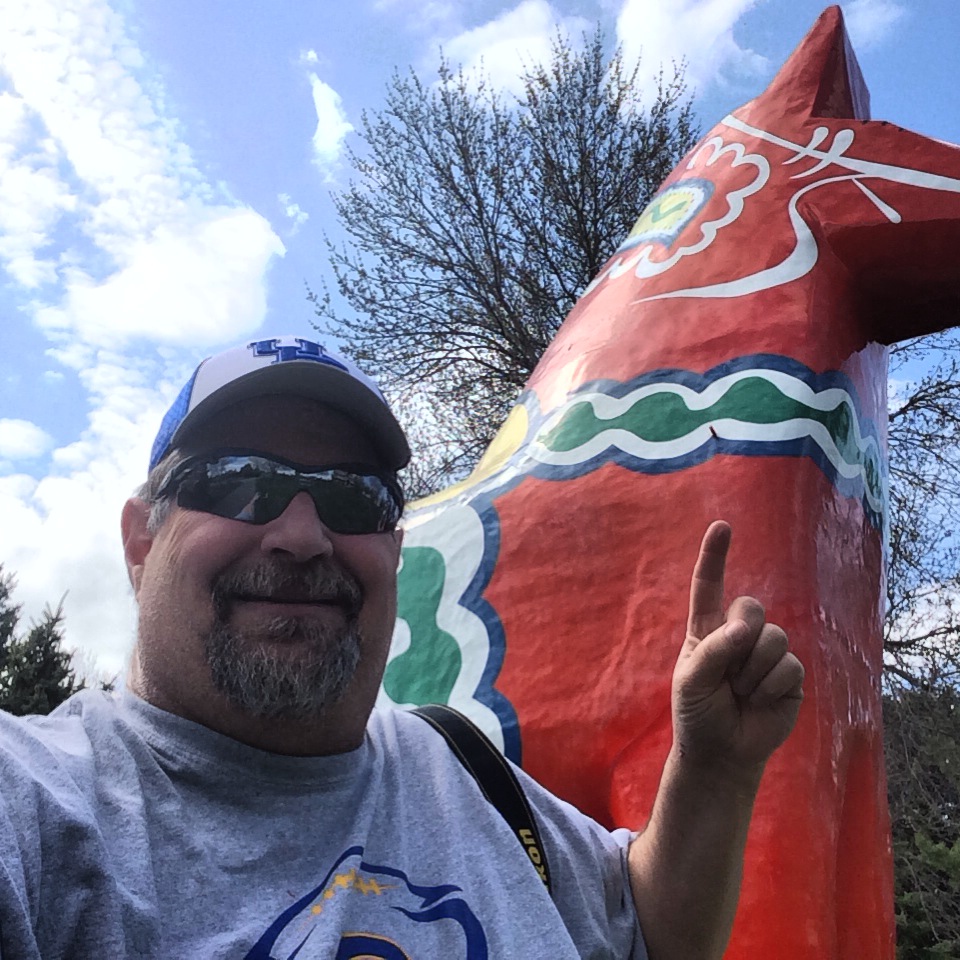 10. Ducks and Ponds and Grasslands 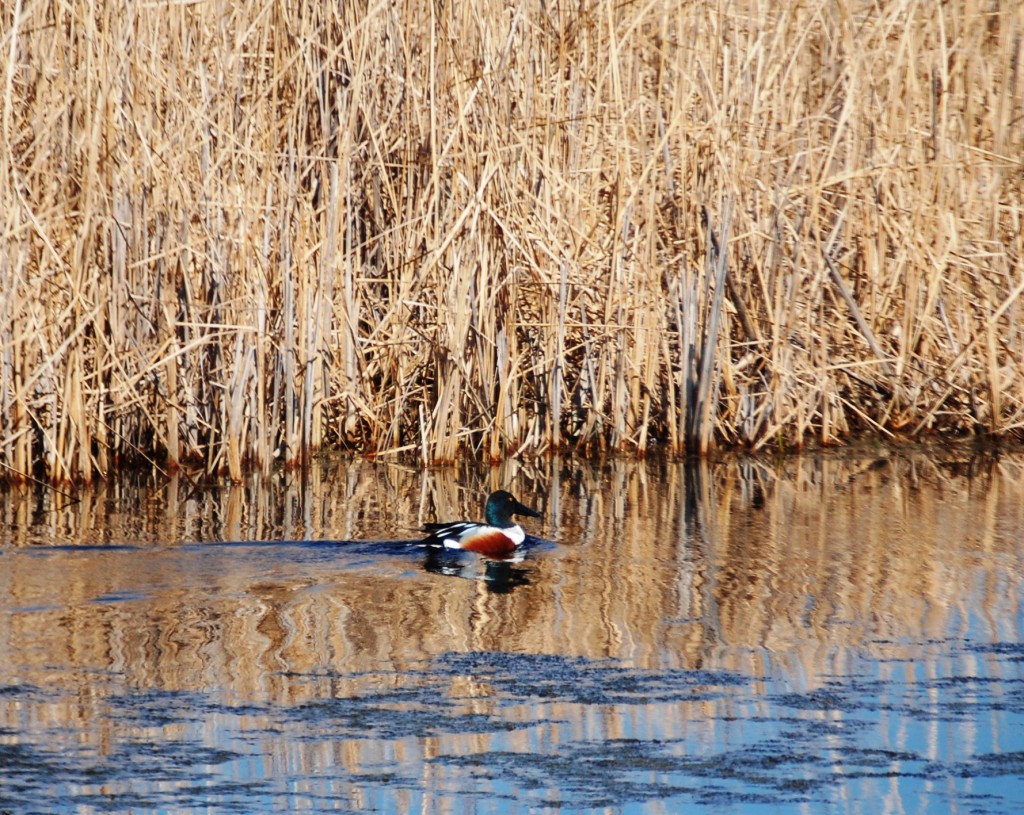 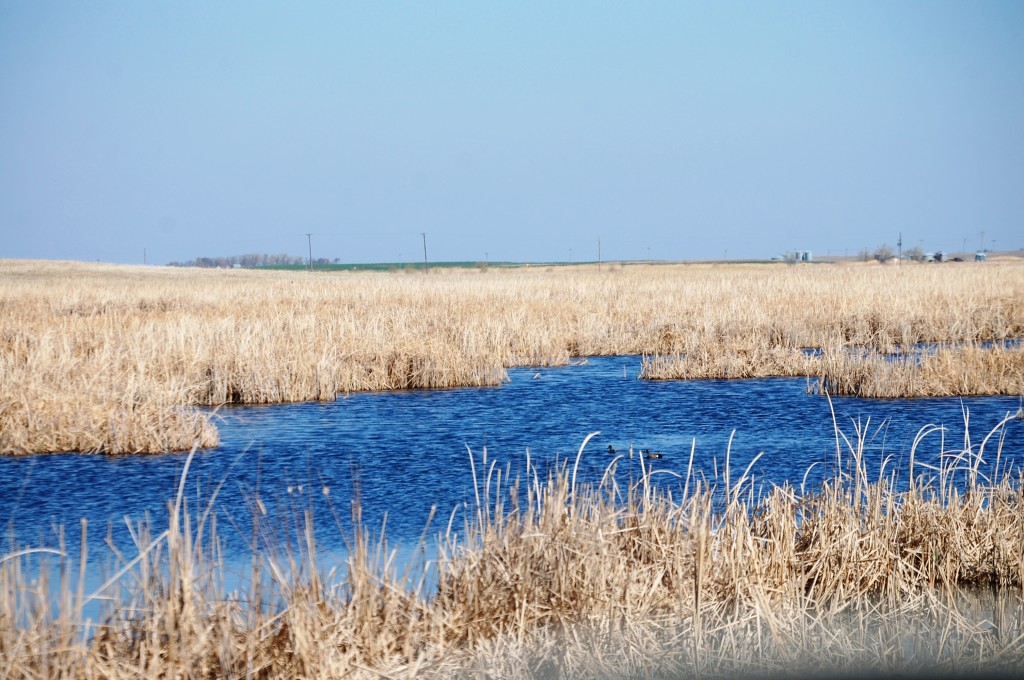 Hundreds of ponds line the roads in ND, like this one on ND Hwy 1

Personally, I am not sure why North Dakota deserves the negative attention.  It is really a great place to visit (most times of the year).  Make sure to plan on adding North Dakota to your map of states visited!!  You will certainly have a Smile! (Smiley Water Tower in Grand Forks, ND) 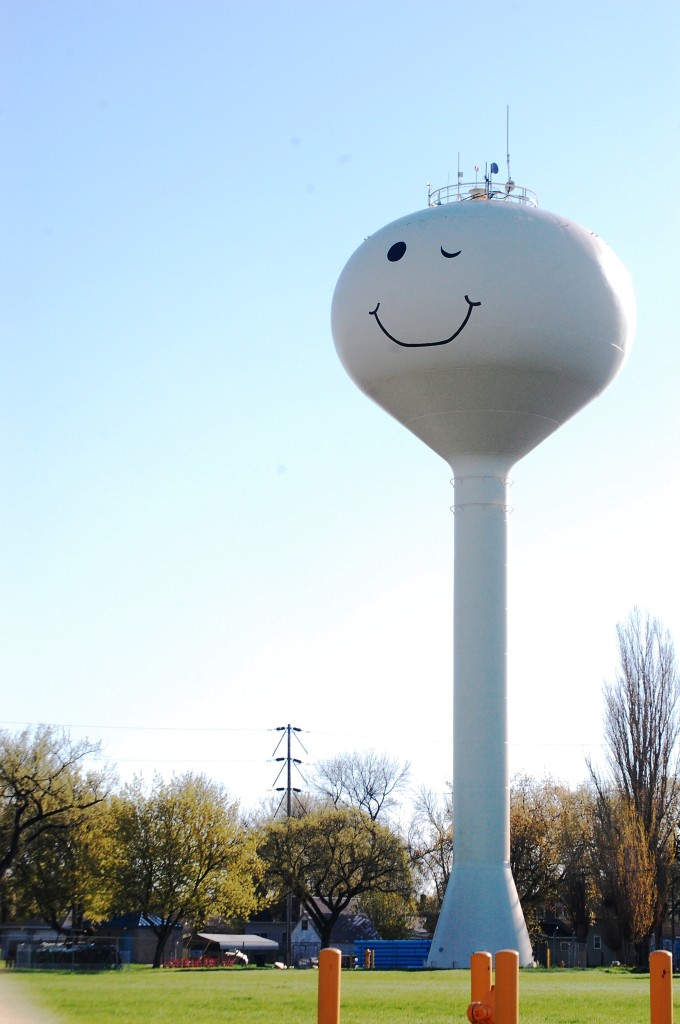