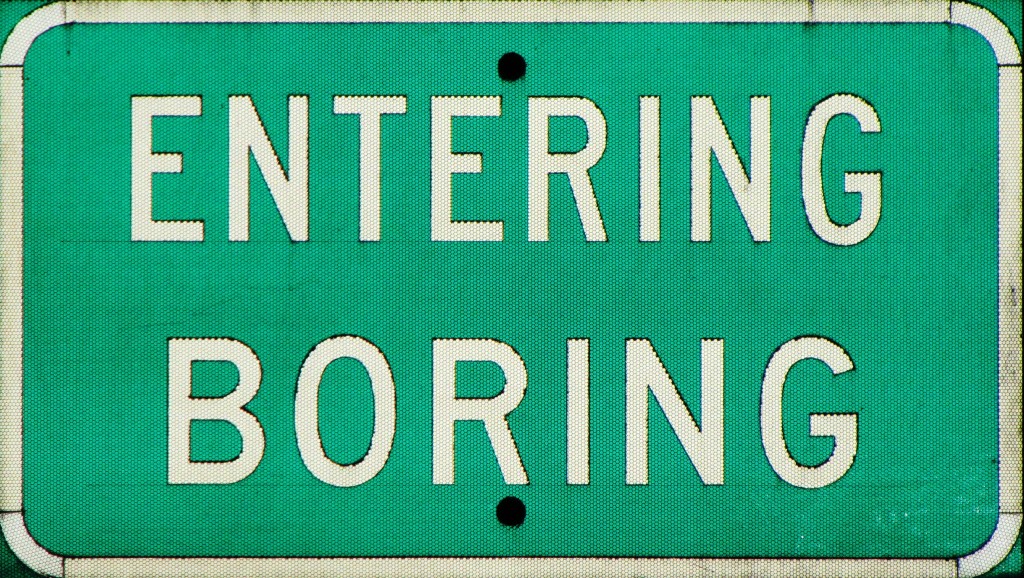 Entering Boring, OR[/caption] Today I actually flew to Portland for iHigh work and a couple of hours to spare, so I took a drive south of Clackamas, where I am staying and made my way to Boring, a small town south of Portland. [caption id="attachment_105" align="alignleft" width="300"] 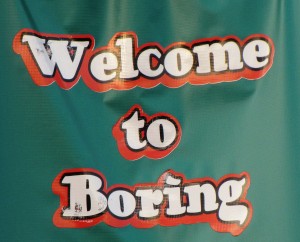 Welcome to Boring[/caption] Boring really is actually a nice town nestled in the fir covered hills heading towards Mt. Hood. Boring was actually  named after William H. Boring, who was an early resident of the area.  He  was a Union veteran who had moved out to Oregon after the Civil War and had served with the 33rd Illinois Infantry. Boring died in 1932 at the age of 91 and was buried with his wife Sarah in Damascus Pioneer Cemetery, just north of Boring. [caption id="attachment_106" align="aligncenter" width="300"]

Boring Fire Department[/caption] Indeed, like other towns, there are many Boring things in Boring….like the fire department training tower above, and the Boring Mini Storage as seen below. (And wonder if the Yuuup guy, Dave Hester, from Storage Wars, would come here for an auction…) [caption id="attachment_107" align="aligncenter" width="300"] 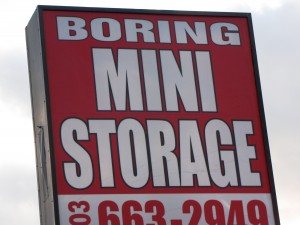 Boring Mini Storage[/caption] And, of course, there is even a Boring Post Office– [caption id="attachment_108" align="aligncenter" width="300"]

0 thoughts on “A Boring Trip”