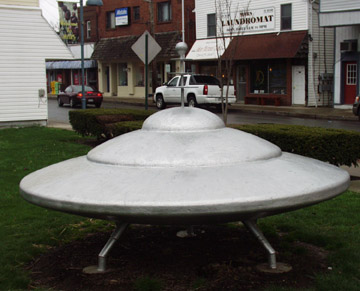 Famous Spaceship in Mars, PA[/caption] On a trip between Canada and Lexington in April 2008 I took a trip to West Virginia and Pennsylvania and made my way to Mars (see full report). [caption id="attachment_168" align="alignleft" width="227"] 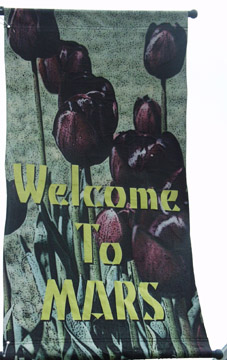 Welcome to Mars[/caption] Mars is a small town in western Pennsylvania.  From what I could locate there is not really any history as to how the town got its name.  The town was founded in 1873 by a Samuel Parks, where he eventually had a Post Office added to his home and had assistance from a certain Samuel Marshall.  The original name was Overbrook, but in 1882 it was changed to Mars since there was already a train station along the way called Overbrook. Speculation has it that the town was a shortened version from Marshall. In 1895 the town was incorporated as a borough. Residents of Mars are often called “Martians”, or “Planets” because of the high school team name, which is actually the “Fightin’ Planets.” The Mars logo kind of floats around the town, here is one on a brick: [caption id="attachment_169" align="aligncenter" width="360"] 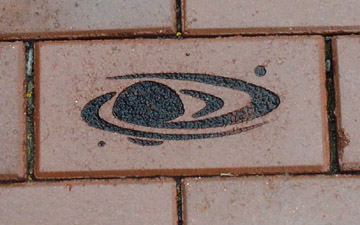 Mars Brick[/caption] And then let’s not forget the only Bank form Mars!! [caption id="attachment_170" align="aligncenter" width="280"] 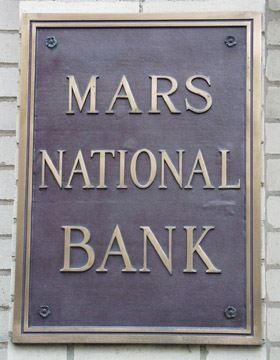