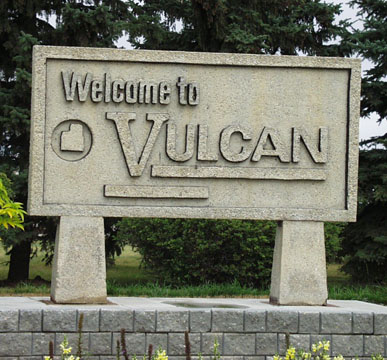 Welcome to Vulcan[/caption] A couple of days ago I posted an article about Earth, Texas.  Back in 2007 I had occasion to visit a friend of mine in Alberta, Canada.  One of the side trips we tool was to the town of Vulcan, which has taken full advantage of its name and the association with the TV show Star Trek. [caption id="attachment_160" align="alignleft" width="300"] 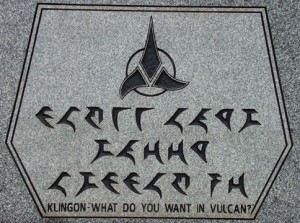 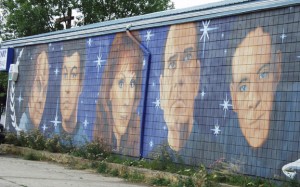 Star Trek Wall[/caption] There are indications all over the town of Star Trek.  The town took on the Star Trek theme after the great popularity of the TV Show and now has Star Trek visitations all the time, as can be evidenced from their website (linked above). [caption id="attachment_163" align="aligncenter" width="300"] 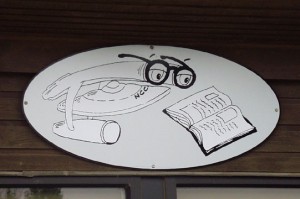 Vulcan Public Library Sign[/caption] There is an Enterprise Restaurant, the visitor’s center is space themed (and you can even buy pointed Spock Vulcan Ears there!!).  They even have a statue of the Starship Enterprise! [caption id="attachment_159" align="aligncenter" width="300"] 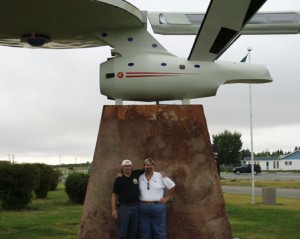 Starship Enterpise – Crafty Jack and Sumoflam[/caption] As one drives around the town, there are signs for parks, etc., with the Enterprise logo… [caption id="attachment_158" align="aligncenter" width="198"] 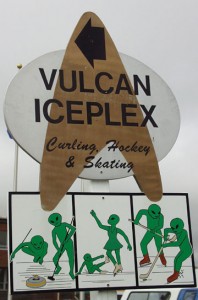 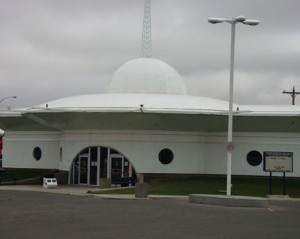 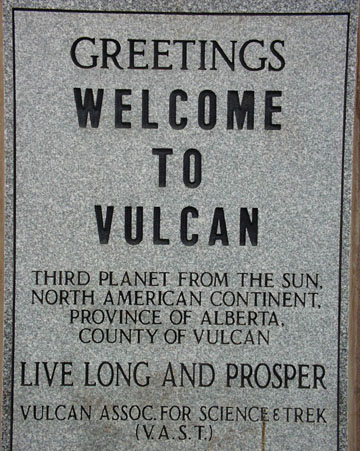 0 thoughts on “From Earth to Vulcan”