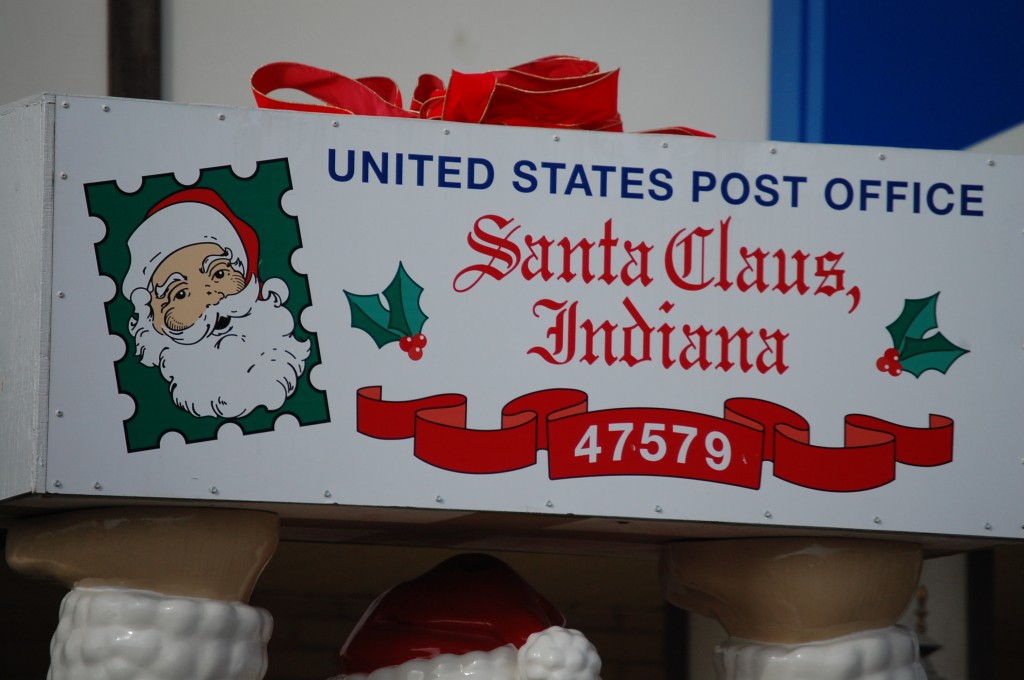 Santa Claus Post Office[/caption] OK, you want Christmas year round?  You like looking at jolly old elves in red clothing daily?  Then Santa Claus, Indiana is for you. [caption id="attachment_240" align="alignleft" width="300"] 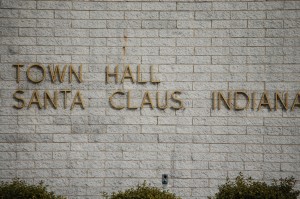 Santa Claus Town Hall[/caption] According to Wikipedia, Santa Claus was established in 1854. In 1856, when the town (then known as Santa Fe, mispronounced “fee”) was working to establish a Post Office, the US Postal Service refused their first application as there was already another Santa Fe in the state. Several town meetings were held, during which the name Santa Claus was selected. [caption id="attachment_241" align="aligncenter" width="300"] 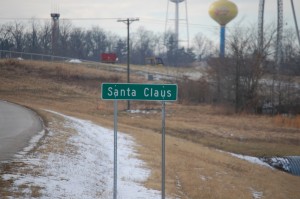 The town apparently has the world’s only post office to bear the nameof Santa Claus. Because of this popular name, the post office receives thousands of letters to Santa from all over the world each year. A group of volunteers known as “Santa’s Elves” ensures each child receives a reply from Santa Claus; this tradition has been around since at least 1914. Every year, the Post Office also creates a special Christmas hand-cancellation pictorial postmark for use during the month of December, which attracts mail from all over the world. 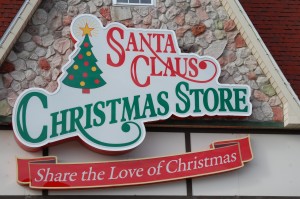 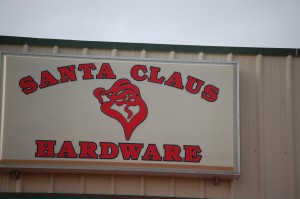 Santa Claus Hardware[/caption] I wonder if this store sells hardware for the elves…. Santa Claus is also the home to Holiday World Amusement Park.