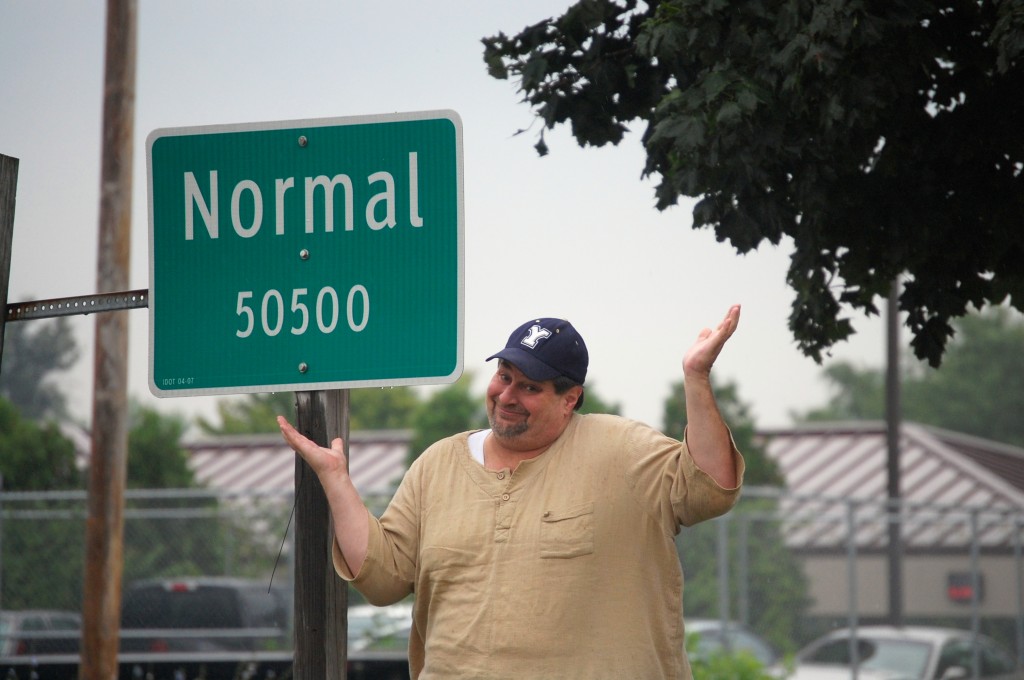 Am I Normal? Who knows?[/caption] As far back as I can remember, I have been fascinated with statistics and numbers.  I have also been a collector.  As a young fifth-grader in Dallas in the late 1960s, I was already obsessed with statistics.  I looked at baseball boxscores daily and kept my own tabulations of most homeruns, doubles, RBIs, etc.  I also had a huge collection of bottlecaps from sodas.  I would pick them up a couple of times a week at the 7-11 (which in those days was really open from 7 AM to 11 PM).  I had bags of them and would lay them out in the driveway and count the various types…Coke and Pepsi were always the clear leaders, followed by Dr. Pepper, 7-UP and Sprite.  But I had countless other flavors.  As an eleventh grader in Bozeman, Montana I had a job as a dishwasher and I counted the forks and knives and spoons each day and kept a running tabulation of them with averages, etc.   AS well, from the time I lived in Dallas until I was a senior in high school, I would listen to the AM radio and peruse through channels slowly seeing how many call letters I could get.  Denver was the best place for that and I even got Chicago, Seattle and some Canadian places.  It was a fascination. But my two biggest collecting obsessions have been music and travel.  On the music front I currently have a 1 TB hard drive with over 90,000 mp3s, including digitized versions of wax ring recordings from the 1890s!!  I have over 5000 cover songs as well (including over 20 covers of Stairway to Heaven such as “Stairway to Gilligan’s Island” by Little Roger and the Goosebumps.  Imagine what my Spotify playlist would look like!! While a 6th grader in Denver I began listening to Dr. Demento.  I never missed a show and continued to listen to his programs all through high school.  I became obsessed with quirky music, though I still loved the main stream.  Just after graduation I worked for a company called Alta Distributing in Salt Lake City.  They were a record and tape rack jobber.  My job was to travel all week to southern Utah and southern Wyoming and fill the racks with the latest LPs, 8 tracks and cassettes.  I was in heaven with music and travel. 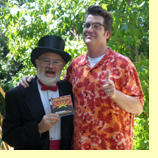 Back in 2007, my dear friend and nationally known singer/songwriter Antsy McClain got to visit with Dr. Demento and do an interview.  Like me, Antsy had grown up listening to Dr. Demento and by 2007 some of his songs were being played by the Doctor!! You can listen to the interview here.  During his visit Antsy got me the ultimate gift…two MP3 greetings by Dr. Demento just for me.  Check them out…

But I digress….this is a Travel Blog, not a Music Blog.  Like my passion for collecting music, I am also a “Travel Collector.”  I collect places and all kinds of them.  Obviously, my passion, just like my quirky music tastes, is on the strange and unique places…the offbeat destinations.  But, I also collect many other places.   Following are a few examples:

The 50 U.S. States: I have been to 47 of them.  Still missing Maine, New Hampshire and Vermont.

The 47 Japanese Prefectures: I have been to 45 of them.  Still missing Hokkaido and Okinawa.

Canadian Provinces and Territories: I have been to 5 of the 13 including Ontario, Manitoba, Saskatchewan, Alberta and British Columbia

Top 50 Populated Cities in the US: I have been to all 50 on this list and many more 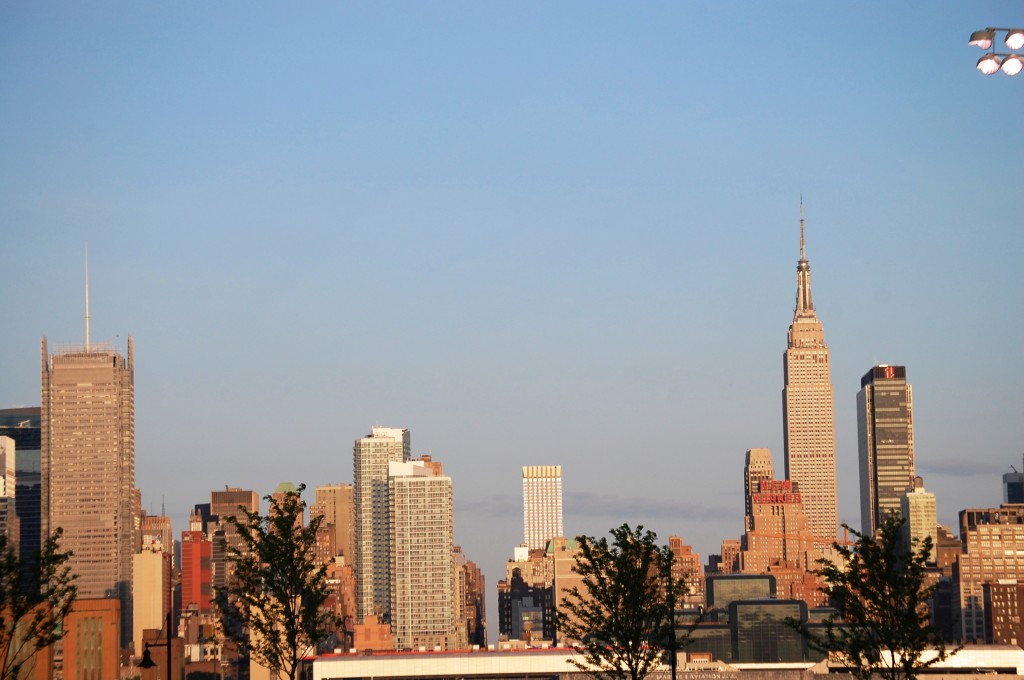 Top 13 Populated Cities in Japan: I have been to all but Sapporo

Largest Cities in Canada: I have been to 24 of the Top 50

The 103 US National Monuments: I have been to 37 of these so far

US towns that start with every letter of the alphabet: I have been to every letter – yes, even Q for Quincy (IL) and Quakertown (PA), X for Xenia (OH) and Z for Zanesville (OH) and Zuni (NM).

Of course, I have done many strange things as I take trips.  I will plan my trips around getting somewhere interesting or around a theme.  Some of my trips help me collect on other themes, some of which I will cover in other parts of my “I’ve Been Everywhere” series. 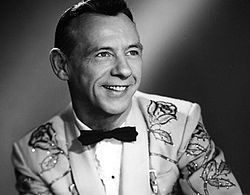 First off…my theme song “I’ve Been Everywhere“.  This song was originally written by Australian Geoff Mack in 1959 and made popular by the singer Lucky Starr in 1962.  It was about Australian places.  In 1962, Canadian born country singer Hank Snow recorded a version that became a number one hit. In 1996 Johnny Cash made the song famous again after it was used in a number of TV commercials. 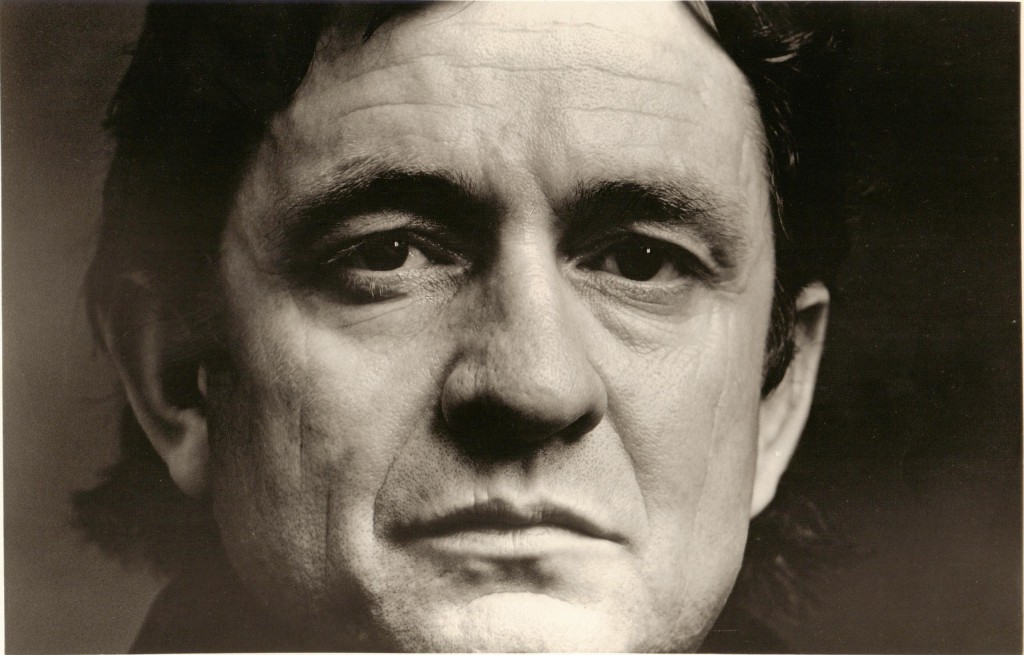 The US version of the song starts in Winnemucca, NV. (I have been there) and then has the following locations in order, most from the US, but some in Canada and a couple of other places. (I took this from Wikipedia).  The one’s in BOLD are places I have been: 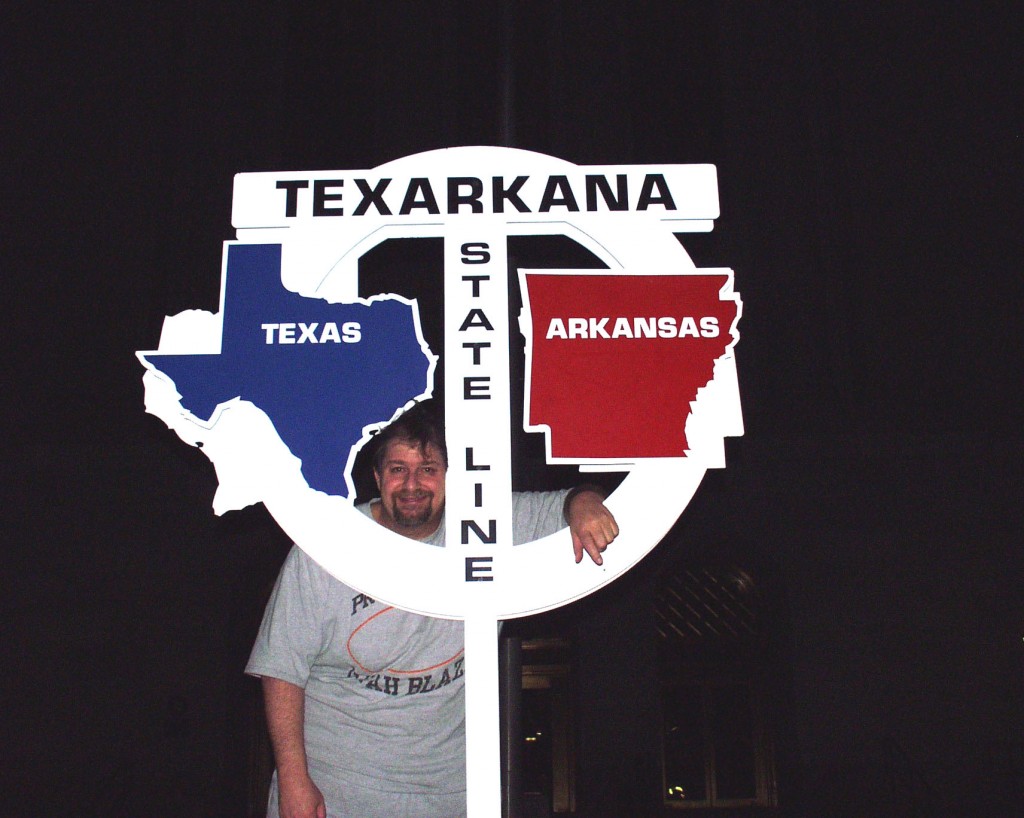 I have also done a number of other interesting trips: In 1996, while the Presidential elections were in fill swing, I was on a trip with my kids heading back to Kentucky from Utah.  On the way home, just for fun, we stopped in Texarkana (AR) (home to candidate Ross Perot), we then continued to Hope (AR) (home of Bill Clinton) and then stopped to have lunch at an A & W in Russell (KS) (home of Bob Dole).  Ironically, in Russell, we sat next to a lady who had gone to school with Bob Dole. On that same trip in 1996, on the way out to Salt Lake City, I decided to hit as many towns with the name Junction as we could.  We skipped Junction City in Kentucky as it was too far south, but we did go through Junction (IL), Junction City (MO), Junction City (KS) and Grand Junction (CO).  We were tired so skipped going too far south to Junction, Utah. Perhaps one of my favorite stories to tell is about a trip I planned in February 2010.  I had to make a trip to Dallas, so I decided to go through Bugtussle, KY.  While researching the road to get there, I discovered that there was also a Bugtussle in Texas.  So, in one day (a long one), I drove from Lexington, KY thru Bugtussle, KY all the way to Keller, TX thru Bugtussle, TX. You can read about the whole trip on my Trip Journal. [caption id="attachment_234" align="aligncenter" width="640"] 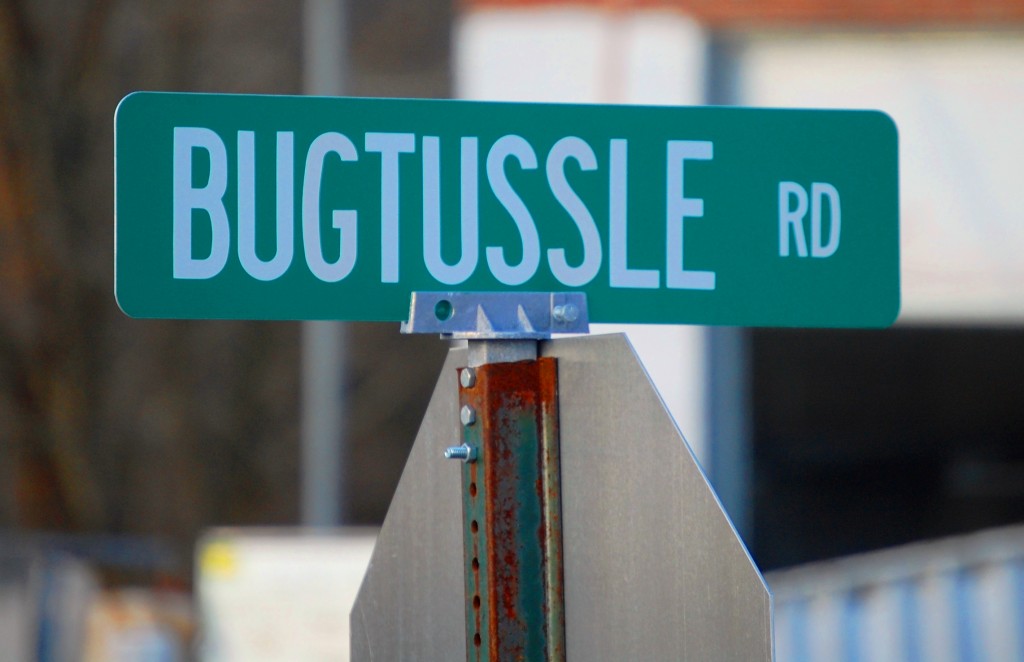 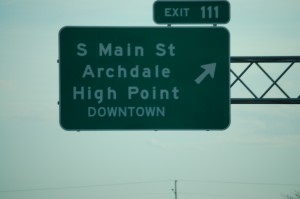 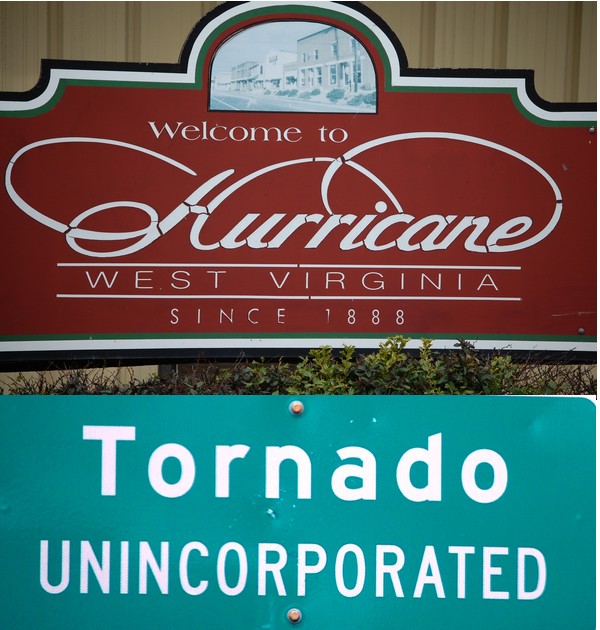 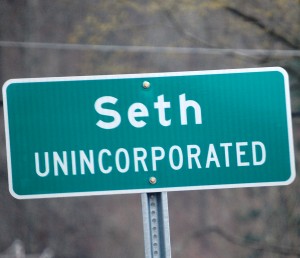 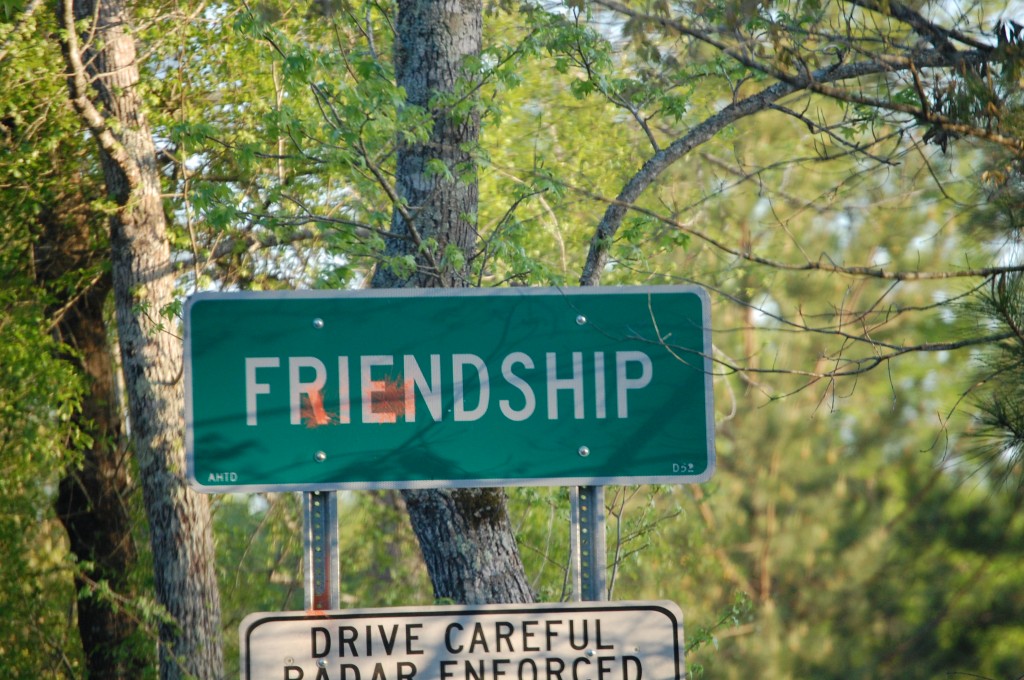 Friendship, AR[/caption] Along the way, I have found Charm (OH), Success (MO), Talent (OR), Friendship (AR), Comfort (WV) and looked for Romance (MO) and discovered it was a dead end.  I have gone from Odd (WV) and Oddville (KY) to Peculiar (MO) to Boring (OR) to Okay (OK) to Normal (IL) and all the way to Uncertain (TX).   I have visited a Metropolis (IL) that is actually a small town.  I have also been to Cool (TX) and Coolville (OH).  I have been to Flame (OH) and even have gone to Hell (MI).  I have made my way to Earth (TX) and Mars (PA), as well as Vulcan (AB) and Romulus (MI).  I have come across a Black Gnat (KY), some Rabbit Hash (KY) , a Toad Suck (AR) and a Booger Holler (AR).  I have visited a Tightwad (MO) and a Prosper (TX). Heck, I have even found a Waldo in Arkansas and Wisconsin. Over the next few entries I will include photos of town sign names and places and some of the stories.  Singularly, various places are a lot of fun.  Collectively, there are some interesting themes. Do I dare say that I ENJOY THE RIDE?    ]]>
47 Japanese Prefectures, Antsy McClain, Bugtussle KY, Bugtussle TX, Canadian Provinces, Dr. Demento, Normal IL

0 thoughts on “I've Been Everywhere – Part I: The Collector”