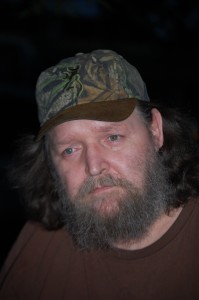 In September I was traveling back home and on the way had the opportunity to stop at a small farm north of Centralia, Missouri on Highway T to visit scrap metal artist Larry Vennard, see his “Original Highway ‘T’ Rex” and a number of other pieces of his “Outside Art Sculpture Park.”  I mentioned him in my blog post about my trip back from Omaha, Nebraska.  But, he deserves his own blog entry much like my blog post about “Jurustic Park” in Wisconsin.  In the tradition of other “Outside Art”, he has dinosaurs, animals and mythical creatures all made from scrap metal (see one of my most popular posts entitled Yard Art: Creativity with Scrap Metal, Chain Saw Art and “stuff” collections for more from around the US and Canada). 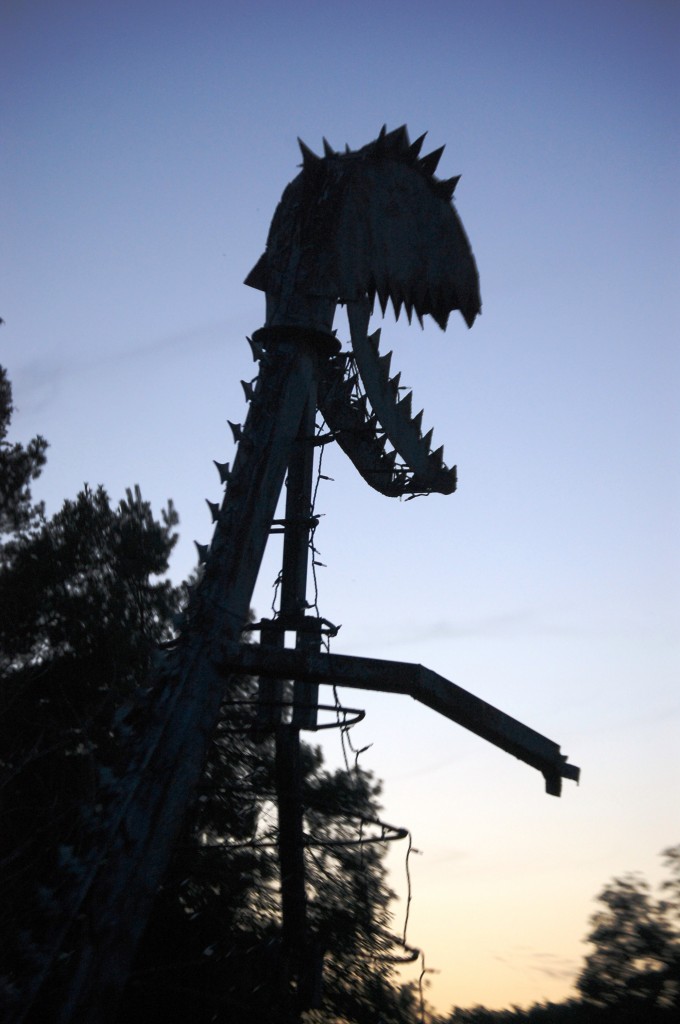 We had to really fly from a late afternoon arrival in Chillicothe to get to Larry’s place on 13178 Highway T in Centralia.  But we did get there just at dusk and I got to meet Larry and learn more about his work.  He has been doing these sculptures for a number of years and really loves the attention he gets.  When we arrived and got out for a look see, the jovial Larry strolled out of his small farmhouse to greet me (along with his barking dog).  Larry suffered a disastrous car accident in the early 1990s.  He got a broken back that forced him to retire from his traveling construction work.  He walked out with a cane and a nice smile. 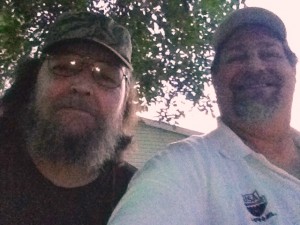 Sumoflam and Larry Vennard at his Iron Sculpture Park

Here is the map to his place:

If you look at Google Maps, it actually provides you a nice quick shot as can be seen below:

Larry Vennard’s front yard heading east on Missouri Highway T. You can see the “Highway ‘T’ Rex” on the right

Fortunately, we arrived just at dusk so I could clearly see all of Larry’s pieces, but, it got dark quickly, so most of the photos below are done with a flash and I tried to edit in some brightness…. 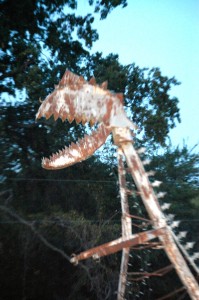 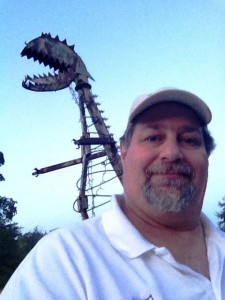 Sumoflam with the “Highway ‘T’ Rex”

Vennard’s “Highway ‘T’ Rex” is about 20 feet tall and is by far his biggest project.  You can’t miss it either as you drive east on Highway T coming from Centralia.  He looks like he is ready to reach out an grab you!!  Following are a few other pieces I was able to capture… 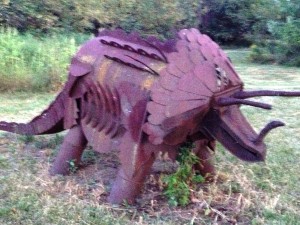 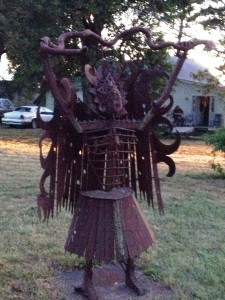 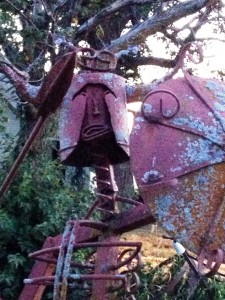 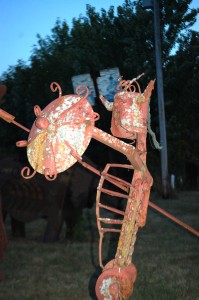 Another view of “Javelin Man” 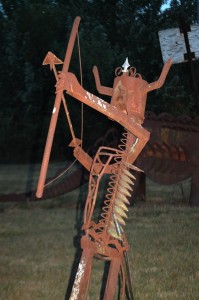 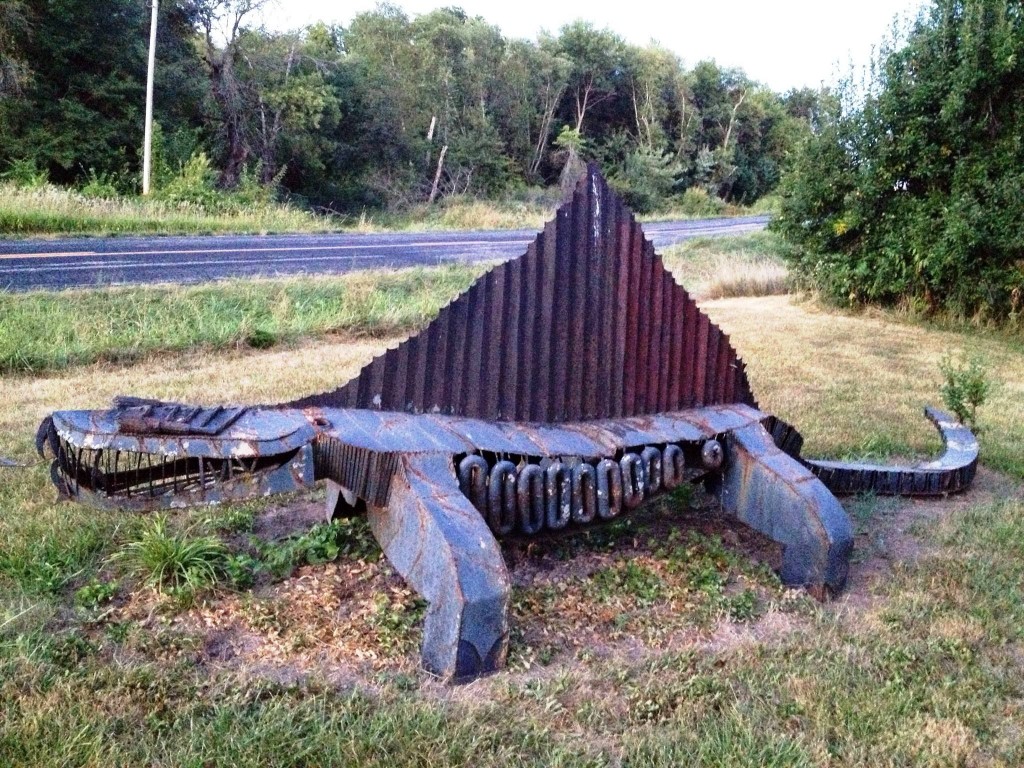 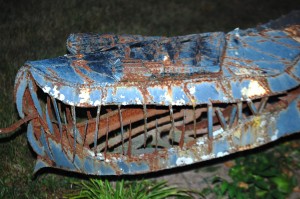 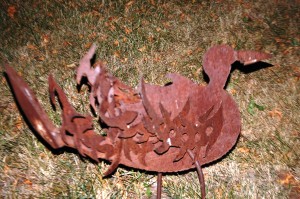 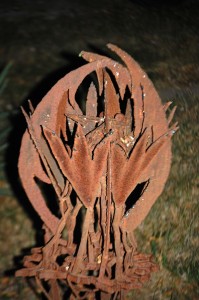 Not sure about this one….a Phoenix maybe?

Larry has a number of other goodies on the grounds.  His is one of those “MUST SEE” places on the back roads of America.  He is a nice, humble man doing what he loves and loving how his work impacts others in a positive way.  I am happy to have had the opportunity to meet Larry Vennard and I hope many of my readers will get the same opportunity!!