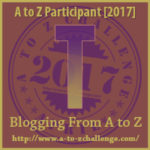 For most of my 250+ blog posts on my Less Beaten Paths Blog, I have discussed the back roads of America and Canada.
But for today’s post in the A-to-Z challenge, I want to note some of my other travels outside of the country. I would like to say I’m a world traveler, but I have yet to visit Europe or Australia or New Zealand or South America. But, I have been very fortunate to have lived in Japan for a number of years. From 1987 to 1991, my family also lives there with me. I have also spent a number of weeks working in the Philippines and spend some time working in China near Shanghai and Suzhou. Finally, I should note that I have also visited the mainland of Mexico during a cruise and was able to see the ruins at Tulum.

My first venture overseas was to Japan in 1976 as a missionary for the LDS church. I served in what was then called the Nagoya mission and worked in cities throughout Central Japan including, in order, Kanazawa, Nagoya, Fukui, Takaoka, Ogaki and finally, Fuji City. It was an amazing 22 month experience for me as a young 19 to 21-year-old.

Though most of my time was spent doing missionary work, I did have occasion to travel and visit parts of Japan back then. I also was very lucky to live at the base of the beautiful Mount Fuji, one of the most well known symbols of Japan. Many of the following photos were scanned from old Fujichrome slides taken between 1976 and 1978.

After my return to the states, I went to school, got married, had children and eventually graduated from Arizona State University with a Masters Degree in International Political Science. At that time, in 1987, Japan’s Interior Ministry and the Ministry of Education had started a brand-new program called The Japan Exchange and Teaching Program (JET Program). After consulting with my sweet wife, I decided to apply for that in hopes that maybe we could go to Japan as a family and experience that country together.

Since we were in the Los Angeles district for registration, I really worried that I would not qualify despite my language skills. But I did and was one of the first 38 individuals selected to participate in the program as a Coordinator for International Relations (CIR). There were about 400 others selected as assistant English teachers.

My assignment would be to work in the office of the governor of Oita prefecture on the island of Kyushu. Oita’s governor Hiramatsu was a nationally known progressive governor. He had programs that he had instituted to produce locally and think globally. During my two-year stint as a CIR, I got to travel extensively throughout the prefecture and got to meet many wonderful people and experience many wonderful things, as did my family.  Also, as a CIR, I participated in a number of TV programs and my children were in numerous television and print commercials.  It was an amazing experience for us all.

On the day that my assignment ended, July 31, 1989, I got onto an airplane to fly to Fukui where I had once served my mission. August 1 would be my first day as the Director of International Planning for a nationally known company called Asahi Solar Corporation, which was also headquartered in Oita. I was the first foreigner to work for that company and I traveled throughout the country with the president of the company. We also made trips to China, Hawaii and other places within the United States in search of improving the solar industry. We even brought a solar water heater to donate to the solar foundation at the Hopi Indian reservation in Arizona.

During my four years in Japan from 1987 to 1991, I’ve visited every prefecture in the country except for Okinawa and Hokkaido.

We got to visit many wonderful places and famous places.  We attended the national Sumo Wrestling Tournament in Fukuoka.  We visited some of Kyoto’s famed sites and more.

Indeed, Japan was a wonderful experience.  Our family returned to the US in late 1991 and eventually made our way to Kentucky.  While in Kentucky I worked for a number of Japanese companies as an interpreter.  I eventually made my way to Lexmark International, where I worked with the software development team to get the Japanese, Chinese, Korean (and other language) versions of their software localized.  While an employee of Lexmark, I made two training trips to Cebu, Philippines, yet another great experience.  You can read a detailed post of my adventures at my Cebu Journal

My only other real big overseas trip was on a cruise to Cozumel, Mexico.  During this cruise we also got to take a small boat to mainland Mexico and visit the old Mayan ruins of Tulum.

As a lover of history, this was a fascinating visit and one I will not soon forget.

I am glad that my sweet wife was able to accompany me.  You can see the entire story on the Polyesterfest Cruise Post of mine.