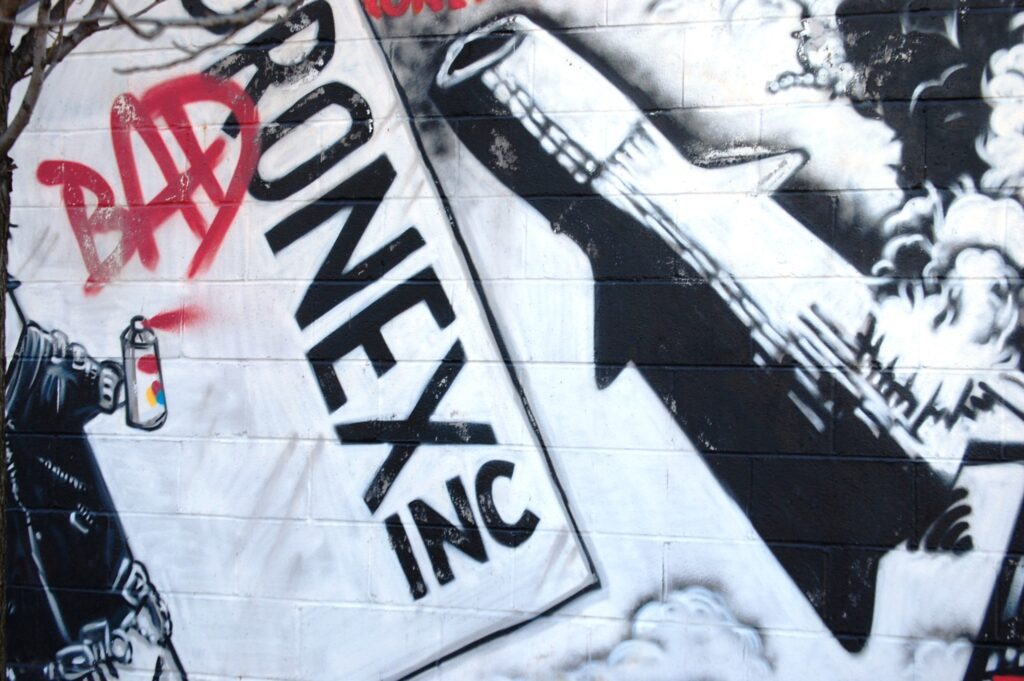 Dronex Inc. Wall Art as seen on a wall behind CD Central

Recently, I was driving around in Lexington and came across a few more pieces of Wall Art on some walls around the University of Kentucky.  Most of these apparently have been around for a while, but they were new to me.  So, to add to my growing collection of Lexington outdoor wall art, I present you with a few more goodies. 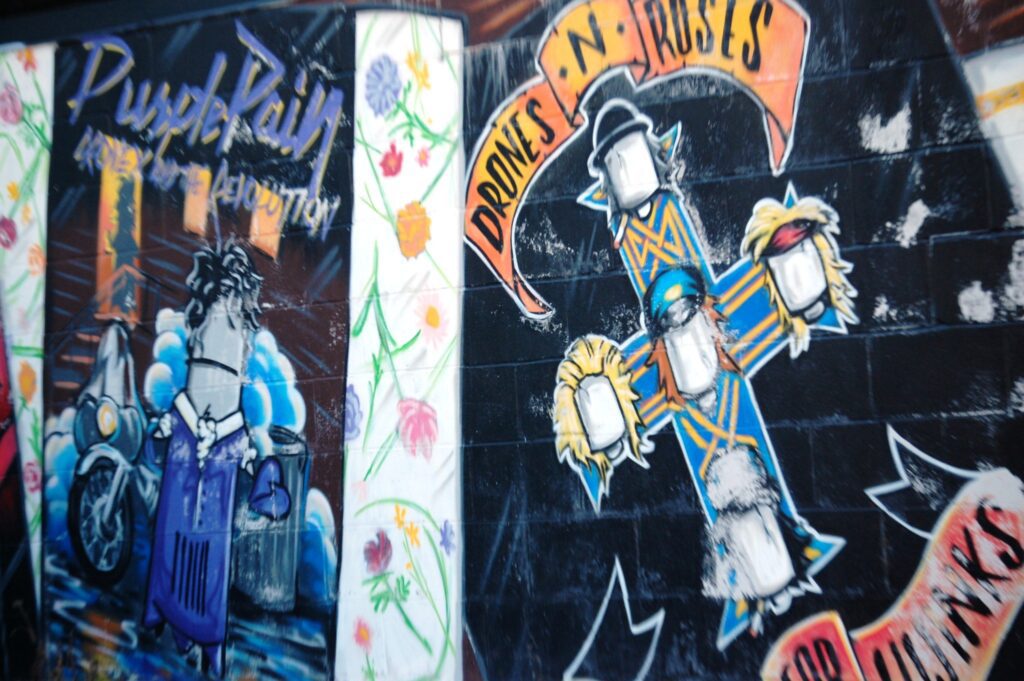 Dronex Inc. always does a good job of parodies.  They really did a good job on their work on a wall behind CD Central.  Titled “Records Reimagined“, this work was completed in June 2012.  These walls feature the work of over 25 Central Kentucky artists, illustrators and designers, all of whom have created new interpretations of LP covers, both famous and obscure.

Just down the street from CD Central is the Two Keys Tavern, one of many drinking establishments near the University campus. They have a back wall that has painted with beer advertising hot air balloons. 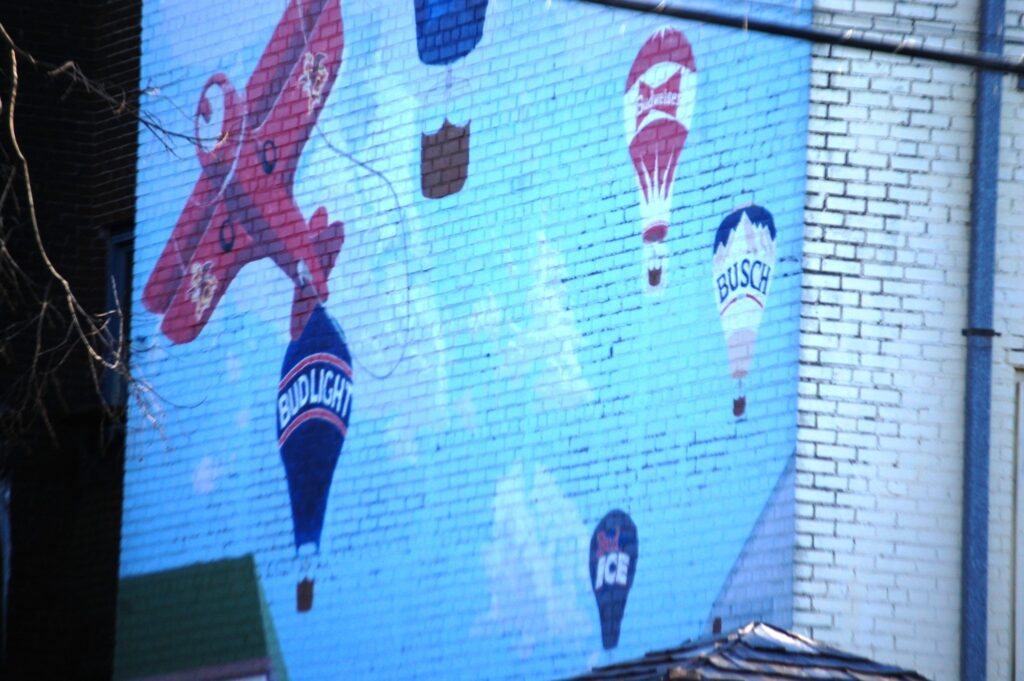 As I was waiting for my wife to get done with her job one day (she works at UK), i took a drive into a nearby neighborhood and came across a huge mural on the side wall if the Martina Brothers building at 300 Scott Street in Lexington. 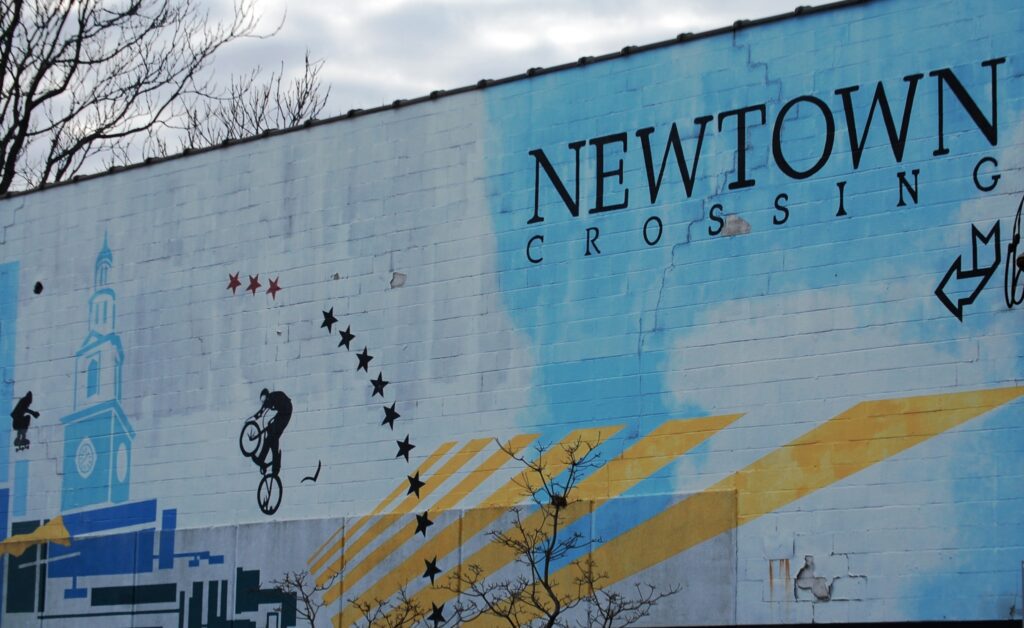 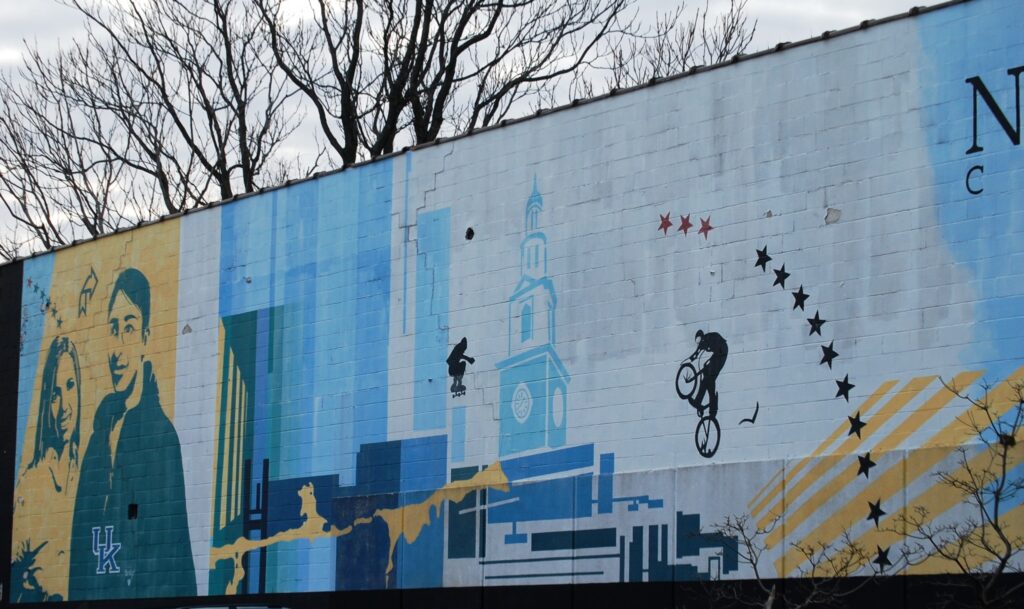 I am not sure about the age or history of this mural or the significance.  Newtown Crossing is the name of a fairly new apartment complex off Broadway, but not sure if this has anything to do with it. 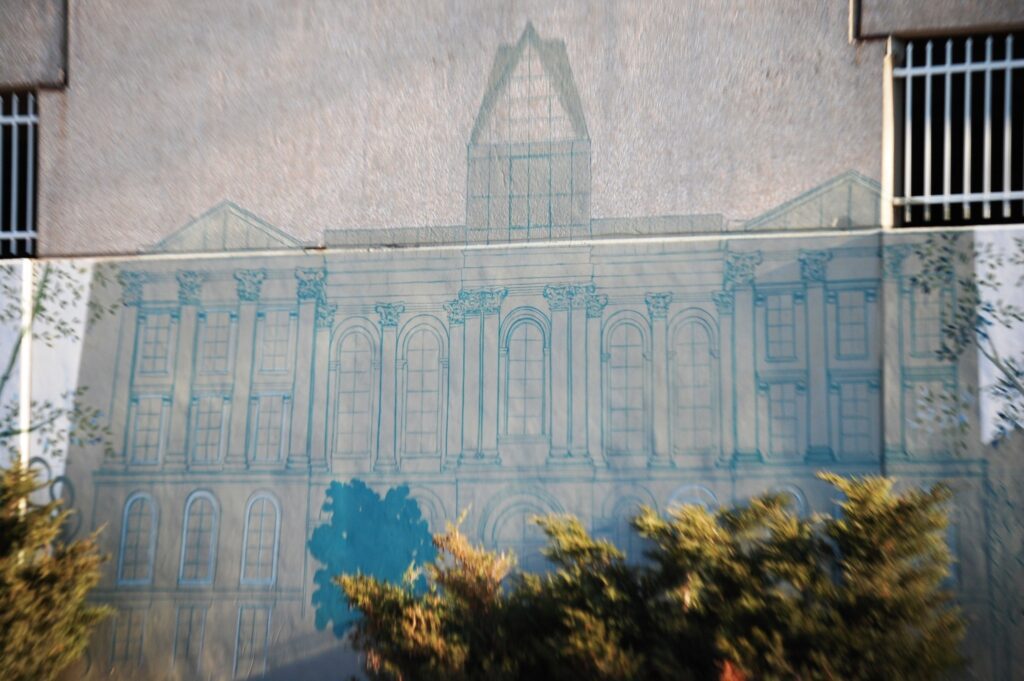 Art on side of UK Parking Garage on South Limestone

A couple of years ago there was a new parking structure built on S. Limestone,  just across the street from the Two Keys Tavern.  A nice art project added some building art along the side of the garage.  I think it adds some nice ambiance to the area. 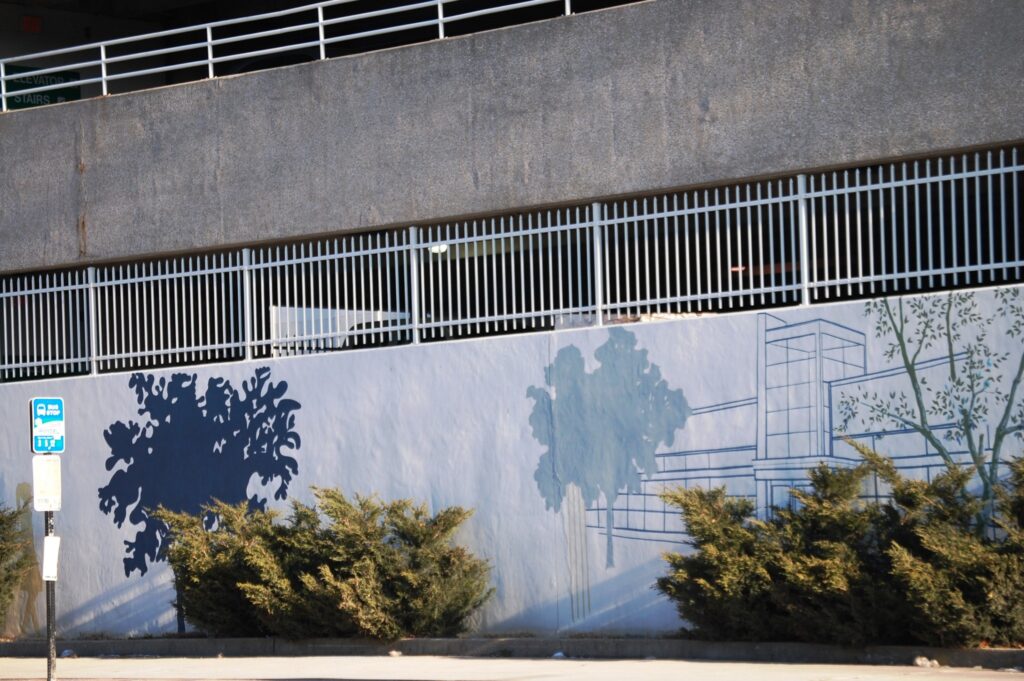 Detail of Parking Structure Wall Art at University of Kentucky