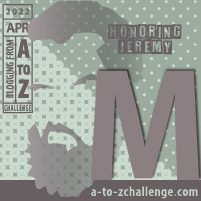 There are Many places that Make up towns that begin with the letter M.  I hope to Magnify some of these Marvelous locations in this post.

From the town of Many to Metropolis, the home of Superman and on to a Magnificent Menagerie of other M towns, I am sure that you will Marvel at how fun these can be.

I have always been a fan of Marvel heroes, so, on a road trip with my granddaughter, we made our way into the very small community of Marvel, Alabama, where there isn’t even a green sign by the road to tell you that you are there.  But, there is a church!  So, in our Maarvel t-shirts, we visited Marvel, Alabama!

How could I not be close to a place named Many and NOT stop?  So, on to Many, Louisiana we visited. This town of a little over 2,800 is located in Sabine Parish in western Louisiana off of US 171.  It was named after a Colonel Many, an officer who had been stationed in nearby Fort Jesup.

The town is a nice little place with a cool looking theatre.  And though there are only a few cars, there is a Many Police Department.  I  could play puns all day with the Many water tower, the Many City Hall and the many other Many sites.  But, I suppose one is enough.  Following are just of the Many places I saw on the visit to this uniquely named town.

As many of you know, Metropolis is the fictitious city and home of Clark Kent and Superman.  Well, the town of Metropolis in Indiana has taken this on full time with a huge Superman statue in town square.  The newspaper is named “The Daily Planet,”  the same as that of the Superman comics. Lots of Superman things in this not so big Metropolis, which sits along the Ohio River.

Up in Canada, there is a town that also takes their name seriously, with the world’s largest Moose statue!  I first visited Moose Jaw in 1973 and then revisited it in 2005 to get the photo of the giant moose!

Moundsville is the home to the Grave Creek Mound, which is the largest conical type burial mound in the United States.  It is 62 feet high and 240 fee in diameter.   It was supposedly built from 250-150 B.C. by the Adena Indians and was apparently discovered by Constantine O’Neal in 1770.  Lewis and Clark visited in 1803.  Moundsville is also home to the castle-like West Virginia Penitentiary.

Murdo, South Dakota is just a dot on the map with about 500 people.  It was founded in 1907 by the Chicago, Milwaukee, St. Paul and Pacific Railroad and became home to a roundhouse and railyard.   It was named in honor of cattle baron Murdo MacKenzie.  The town is located right off of Interstate 90 and is home to the Pioneer Auto Museum.  A few miles west at Exit 170 is the home of the 1880 Town and the now famous Skeleton Man Walking a Skeleton Dinosaur that can easily be seen from the westbound lane of the highway.

Yes, this is the town with Mystic Pizza, the place made famous in the movie starring Julia Roberts in one of her very first films.  We visited the town of Mystic and dropped by Mystic Pizza for a photo op.  Always fun!

Mystic also has a nice port and a number of other unique sites, so the town is certainly worth a visit.

On a side note, we skipped the pizza and visited a place with Thai Food while in Mystic.  It was excellent!

Throughout these posts I will take you to a few places in outer space.  We have already visited Earth and in this post we will visit Mars and Moon.  Later on we’ll visit Uranus and Vulcan.  Mars is near I-76, on PA 228.  Nobody is sure how the name came to be, but it was incorporated in 1895.  The real treasure of Mars is the Flying Saucer in their downtown square.

Not too far from Mars is Moon Township.  Legend has it that the settlers that arrived there named it “Moon” because of the crescent-shaped curvature of the Ohio River there.  And the name has stuck.  I visited because I needed to add the town to my unique town name collection.

While on the M towns, I certainly can’t forget one of the best places — Marshfield, Wisconsin is home to the famed Jurustic Park.  This is one of those must see unique attractions out there on the back roads of America.  Hundreds of great scrap metal creation by retired attorney turned artist Clyde Wynia. Some of his creations, such as the 18 foot tall dragon, are worth the visit.  Here are a couple shots, but you can see much more by visiting an old blog post of mine at http://sumoflam.biz/Wisc2012Day2.htm

Gateway to Route 66 in Oklahoma

In the middle of Amish country in Ohio.  Also home to a special street name.

Yet another Route 66 town!

This is the Mayberry of the Andy Griffith Show.  And yes, I got a pork chop sandwich while I  was there!

Home to a beautiful beach scene

Hope you enjoyed the read and the ride!

3 thoughts on “Towns of America A to Z: The M Towns #atozchallenge”