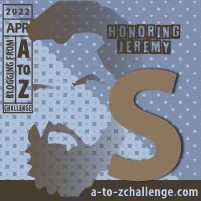 Sadly, I didn’t get all of these posted with the month of April, but I most certainly want to finish.  I am like the guy in the 5K that shows up last….at least I will complete the race.

So, the biggest list of town names in the alphabet is probably those that begin with the letter S.  There are a load of towns and places, but I will limit them to a readable amount.  I do have some fun names at the end.

Hungry?  Maybe a sandwich?  If so, don’t visit Sandwich, New Hampshire as there is not a place to get a sandwich in Sandwich.  Promise you…I even asked in town hall!!  That said, Sandwich is a lovely little town (despite our going 30 minutes out of the way for me to experience a “Sandwich Fail”.).

Still want that sandwich?  Closest place to Sandwich, NH for a sandwich is at Squam Lake Marketplace in Holderness, NH, about a 13 mile drive west on NH Hwy 109 and 113.  Be alerted that a simple PB&J will cost you about $10, but they are generous with the amount of stuff.

Now, if you are still hungry and are craving some truly hearty British home made fare (such as a Ploughman’s Lunch, Kidney Pot Pie or a Cornish Pastie), then a visit to the Sparta House Tea Room in Sparta, Ontario is the place you want to visit. Its been about 15 years since I visited, but Beatle-loving Ken Roberts and his teapot-collecting Norma still run the place that has been around since the 1830s.  They took it over in 1996 and still dish out some amazing fare.

Sparta also has an old Quaker Church, a huge field of trilliums (if you are there the right time of the year) and a wonderful little museum called the Forge & Anvil House.  There are a few other touristy businesses in the quaint little community.

Speaking of old places, how about the small town of Story, Indiana?  (I wrote a long post about this place in 2017).  What used to be an old farming town with a nice general store (formerly known as the Wheeler General Store).  It is now the storied Story Inn, which prides itself on “One Inconvenient Location Since 1851.”  The town is basically a place with dining and a number of rental rooms and small houses.  A great little getaway in a very proudly inconvenient location!

And the story doesn’t end.  There is also a Story in Arkansas.

Technically not a town, but it is a place on the map named Sunrise and it sits in the midst of the beautiful Mt. Rainier National Park.  Sunrise features a store and some amazing views of Mt. Rainier and the Cascades.

I presented a Sunrise.  How about a Sunset?  Basically a dot on the map on TX Hwy 287 between Bowie and Decatur, it has a great place for breakfast.  There is indeed a Post Office too!

Finally have a chance to post one of the few places I have been in Delaware.  This is a welcome sign at a rest area in Smyrna, Delaware.

Way south of Iowa City on US HWY 218 in the middle of nowheresville is a small farming community called Swedesburg. Originally built up by Swedish immigrants who arrived in the area in the 1860s, the community now has a population of about 90.  However, it is home to the “World Famous” Swedish American Museum, a local historical society museum celebrating the Swedish heritage of the area.

The straw goat below is known as a “Julbock,” and is one of the biggest symbols of Swedish Christmas traditions.  The Yulbock is traditionally known as the bringer of gifts to the household.  They have one in Swedesburg to welcome visitors.

This is a fun town if you like quirky roadside attractions and unique art.  My favorite thing to see in the town is a large marble hand statue called “Agraria” by American sculptor Larry Kirkland.  It is actually made from the same marble quarry that Michaelangelo used centuries ago.

Also in downtown Santa Rosa one can find the “Guardian of the Creek,” a one and a half ton mosaic rainbow trout created by local Santa Rosa artist Mario Uribe.  The trout is 13 feet tall and is surrounded by a 30 foot diameter mosaic map of the Santa Rosa Watershed.

But, perhaps one of the more quirkier California monuments is a 65 foot tall obelisk made completely from junk bike parts.  It is called “Cyclisk,” and was created by Petaluma-based artists Mark Grieve and Ilana Spector.  It was completed in 2010.

There is another Santa Rosa worth visiting and it sits on Route 66 in New Mexico.  I drove through one evening (a good time to drive through an old Route 66 town) and the neon lights were everywhere. I certainly got my kicks on Route 66.

Honestly, not many places scare and Scary Creek, West Virginia didn’t scare me either.  This was actually on the site of one of the earliest battles of the Civil War and one of the first Confederate victories. It took place on July 17, 1861.  There is an old memorial sign about the Battle of Scary.  The community of Scary was established in 1886, but the Post Office was discontinued in 1931.  The small community is not too far from Interstate 64, near Nitro, WV and lies near the Kanawha River.

There are many places named Seymour in the United States (actually 11 of them).  I have been to at least four of them, all shown below.  I am starting with Seymour, Wisconsin (about 20 miles west of Green Bay), because they claim it to be the home of the first hamburger.  “Hamburger” Charlie Nagreen is credited with this.  The town has a twelve foot fiberglass statue honoring him.

Annually I make a winter pilgrimage to Seymour, Indiana to see the huge Sandhill Crane southern migration.  This is ALWAYS a thrill.  Thousands of these huge birds flock into the cornfields in the area for food for their long trip south for the winter.  One year I was EXTREMELY lucky and was able to also see a very rare Whooping Crane migrating with them (There are estimates that there are only 800 of them left). In the photos below you can see the white-colored bird in contrast to the gray-colored Sandhill Cranes.  An experience of a lifetime!

In February 2020 I was in west Texas and once again was seeking out Sandhill Cranes in their northern migration to Nebraska.  We had gone to Muleshoe National Wildlife Refuge and there were none there.  Eventually, as we neared Dimmitt, Texas, we saw thousands of them flying amidst the wind generators at the Bethel Wind Farm.  I was thrilled.  After taking well over 200 photos, we continued on to Fort Worth, passing through a number of small Texas towns.  One of these was Seymour, Texas and, lo and behold, there were more migrating birds there.  We stopped again for more photos of the Sandhill Cranes in Seymour.  And, as I was writing this and looking closely at the photos, I discovered that there were a large number of blue-winged teal ducks flying with them!!

Much like the Dimmitt area, Seymour is also home to the Green Pastures Wind Farm and the cranes were in the surrounding fields.

As we continued east, we caught a lovely sunset outside of Seymour, Texas.  It was a great day there.

And, for a final Seymour, how about ROHO the giant rooster at Uncle Roosters restaurant and Ozark handcrafts in Seymour, Missouri?

I can’t do a post about S-named towns without including a brief look at the quirky Sebastopol, California.  My good friend Doug Kirby, from Roadside America, highly recommended that we go out of our way to visit this fun little town to see the amazing quirky art of Patrick Amiot. (I actually did a big post about this HERE.)  There are probably well over 150 scrap metal art pieces scattered all over the town.  Well worth a fun visit for the whimsy of it all.

One last place that is near and dear to my heart is the lovely red rock country of Sedona, Arizona.  For five years in the 1980s I was a tour guide in Flagstaff and I made well over 300 trips to Sedona with tourists.  I got to return for a visit in 2019.

Finally, as always, I will close with a few “unique-named” places that start with S.

SMILE!!  You are in Smiley, Texas.

Yes, there is a road to Success and I found it in Missouri.

You may not get a shiner on your eye, but you can certainly guzzle a shiner in your mouth in Shiner, Texas.  Home to the Spoetzl Brewery, where Shiner Beer is made. Might be colder than Static!!

I have included this in numerous posts before, but why not add a little Christmas spirit?

Lovely little corner of Oregon.  By the way, there is also a town named Brothers in Oregon!

Speaking of sisters, there is a town in West Virginia that had a famous ferry on the Ohio River.

Not really a strange name, but definitely one of America’s beautiful little secrets…Stanley, Idaho

Well, we meandered all over the place on this one. Hope you enjoyed the trip.