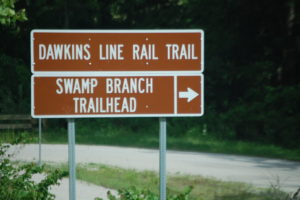 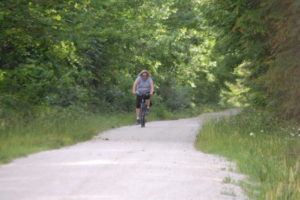 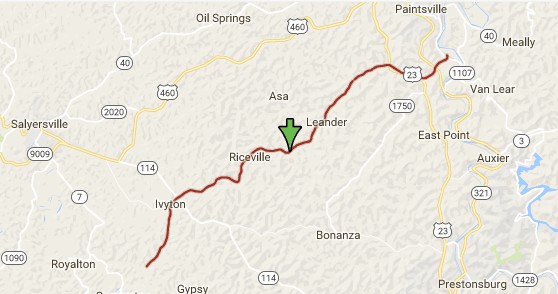 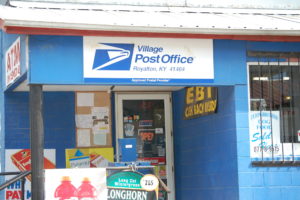 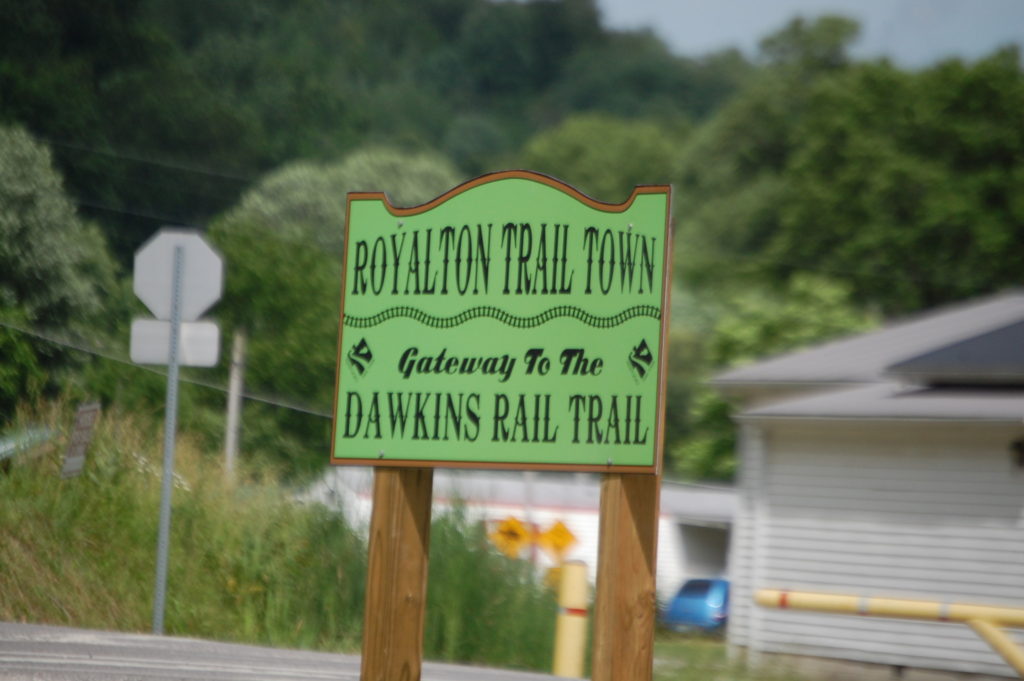 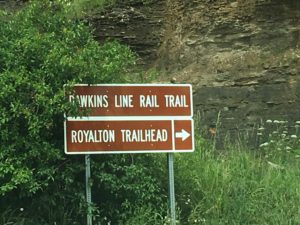 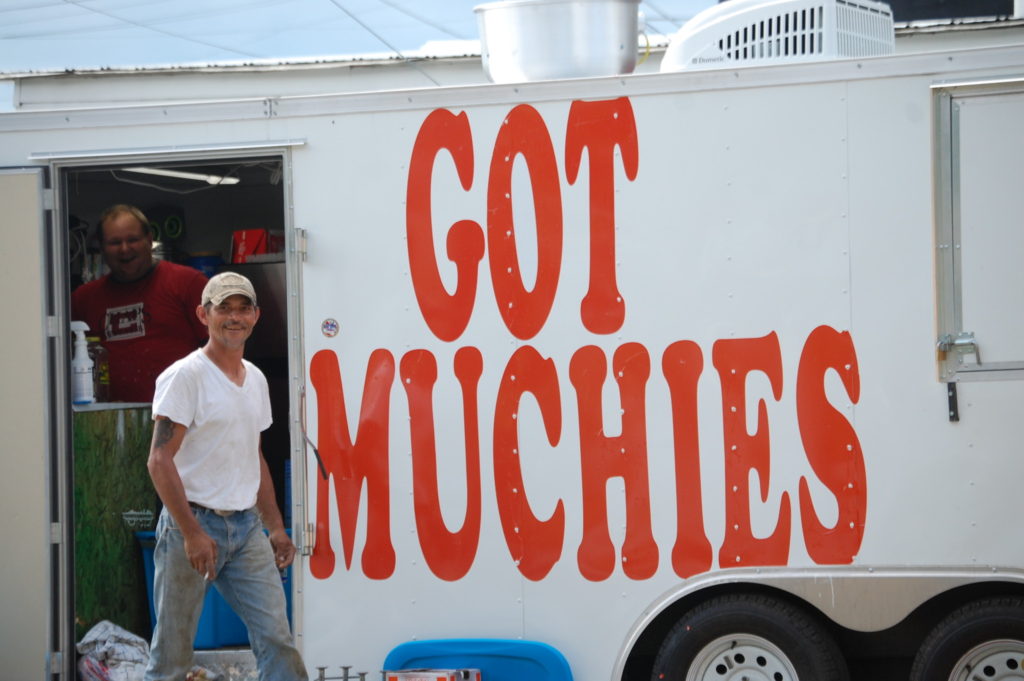 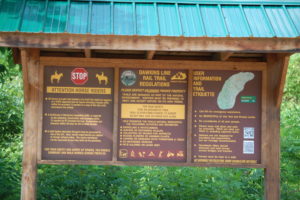 One of the signs at the trailhead for Dawkins 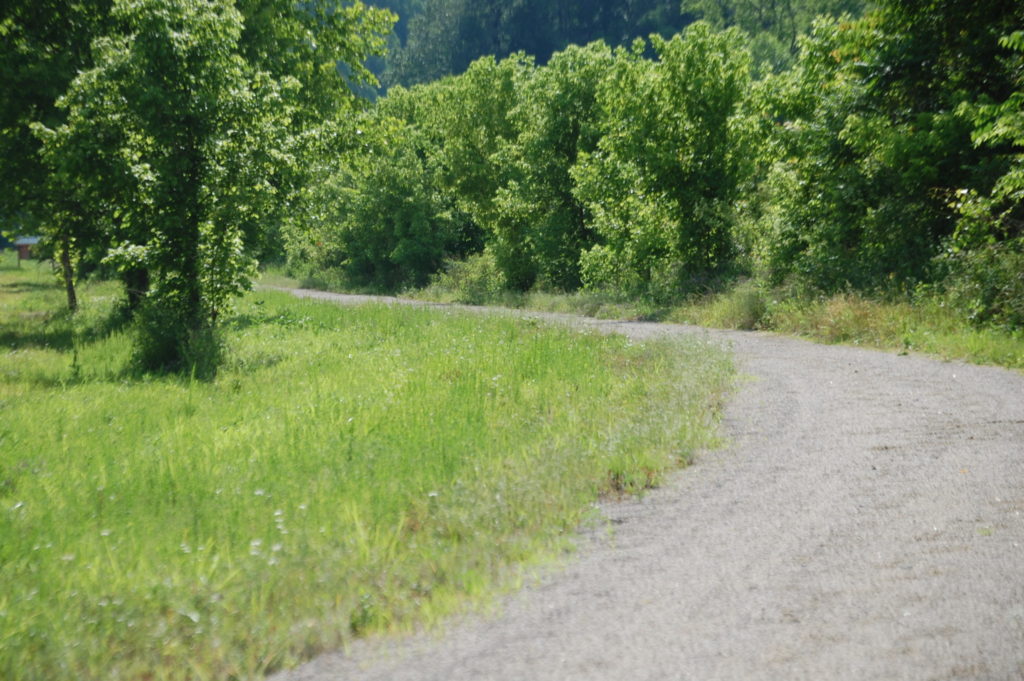 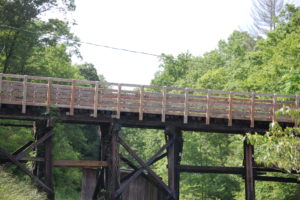 One of a number of Dawkins Trail Trestles 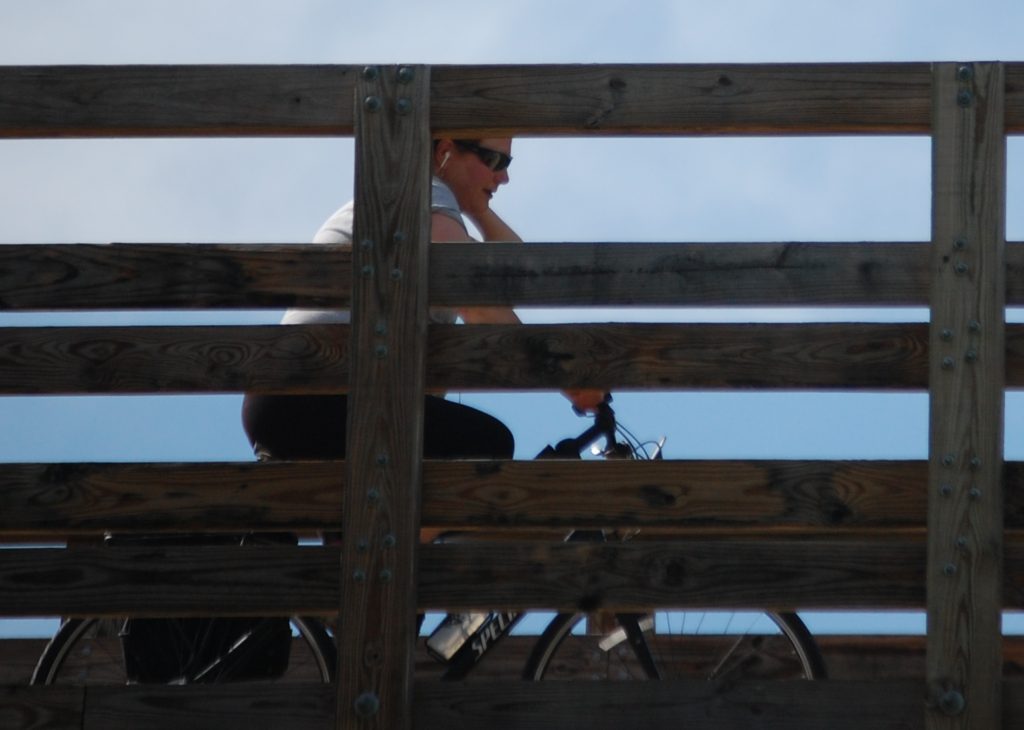 Julianne crosses over the road on a trestle bridge near Riceville, KY 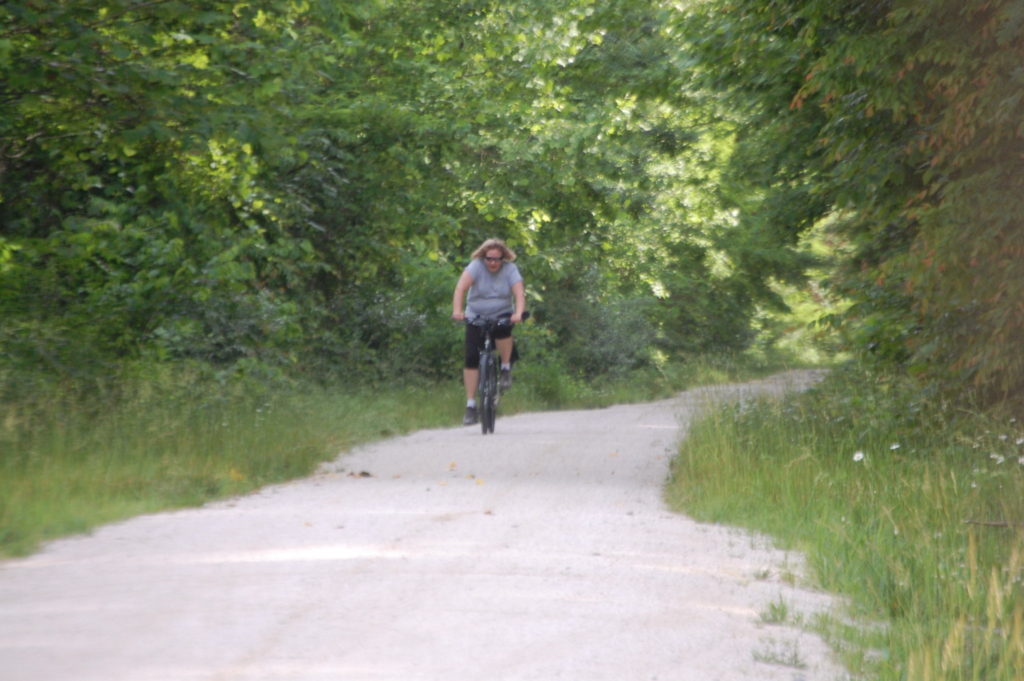 Julianne makes her way down the Dawkins Trail near Ivyton, KY 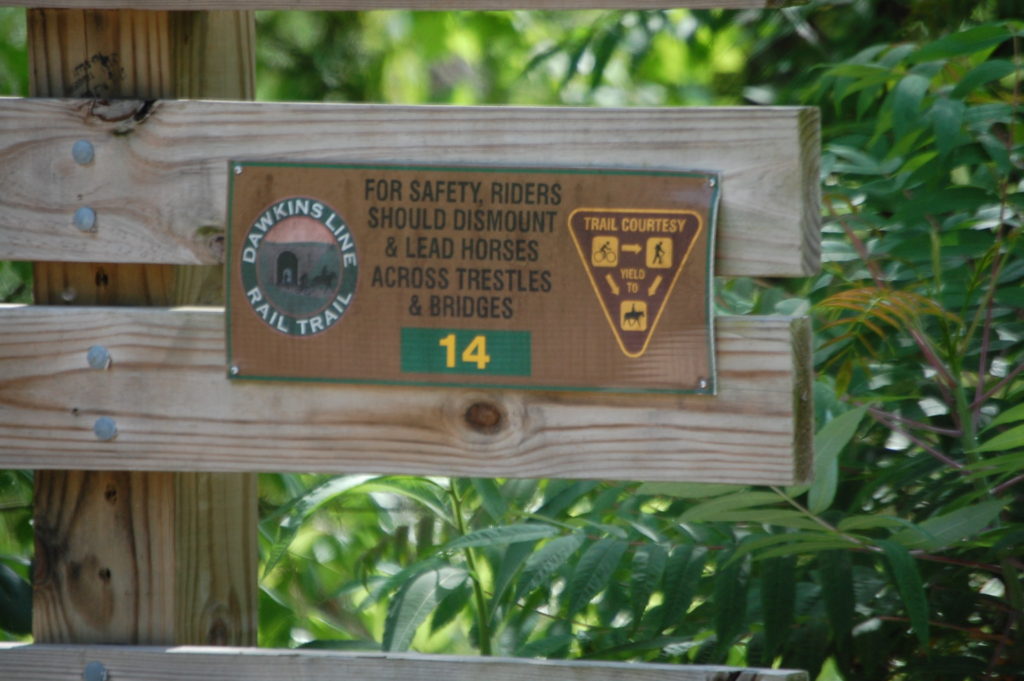 One of many signs on the trestles 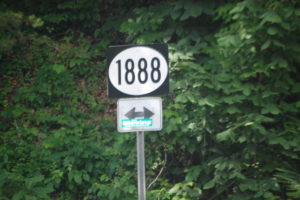 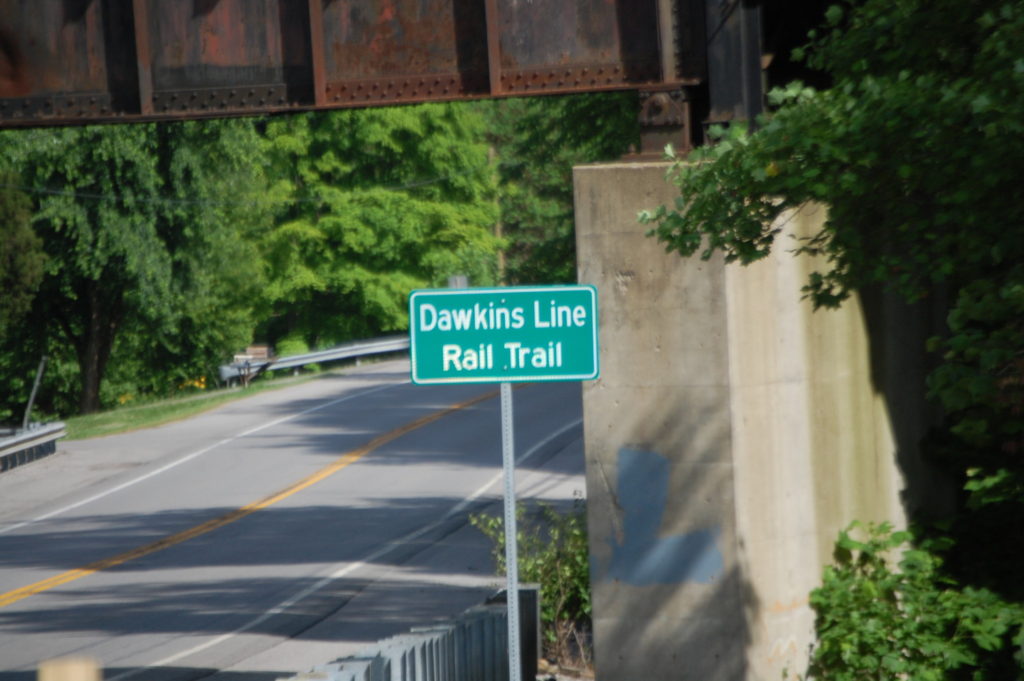 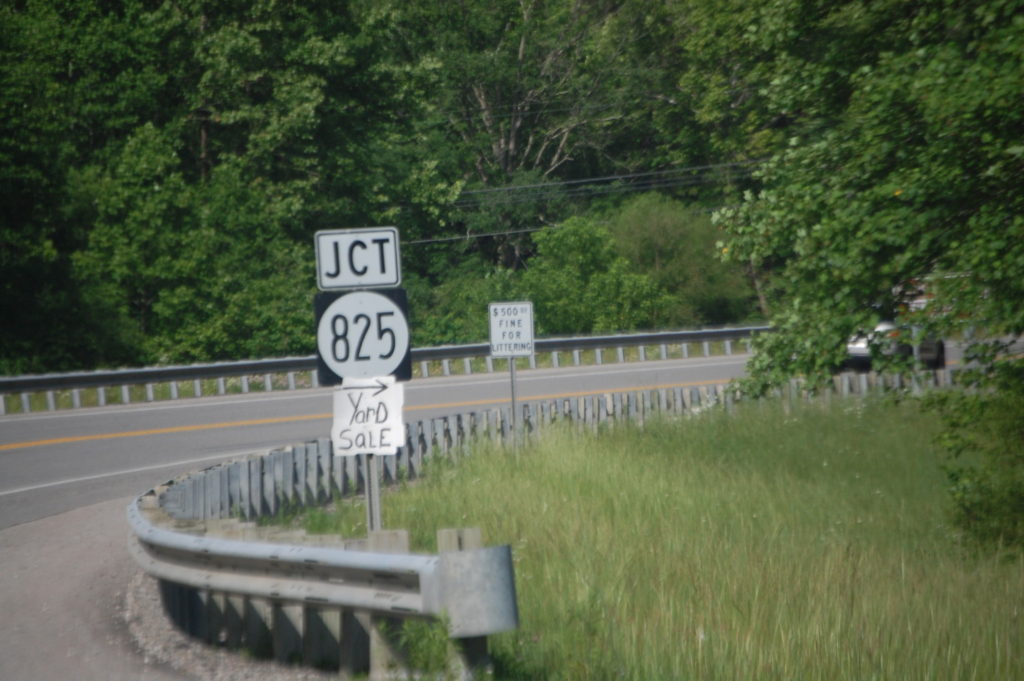 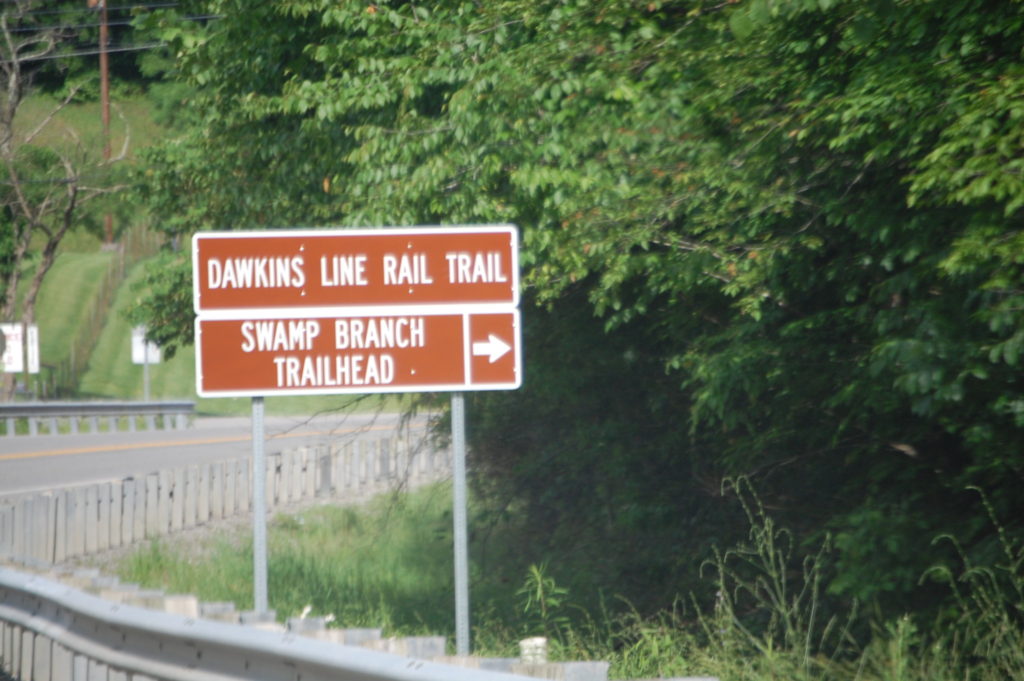 The road to Swamp Branch trailhead goes off of KY 825 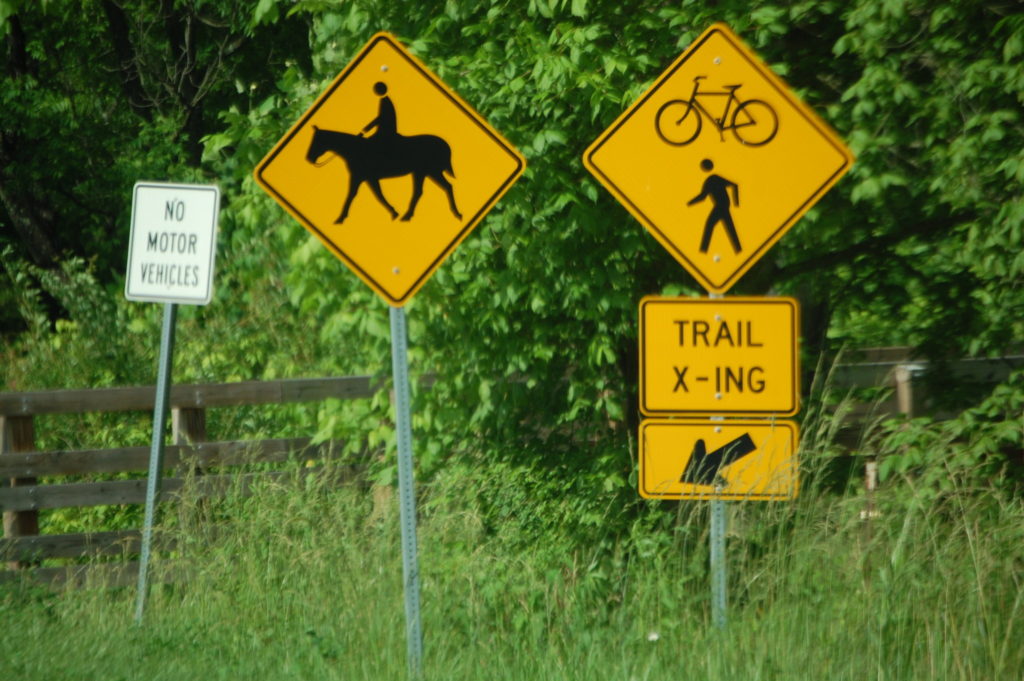 Good signage for crossings on KY 825 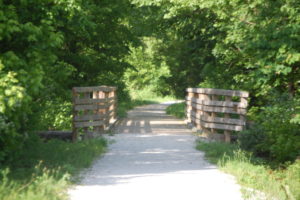 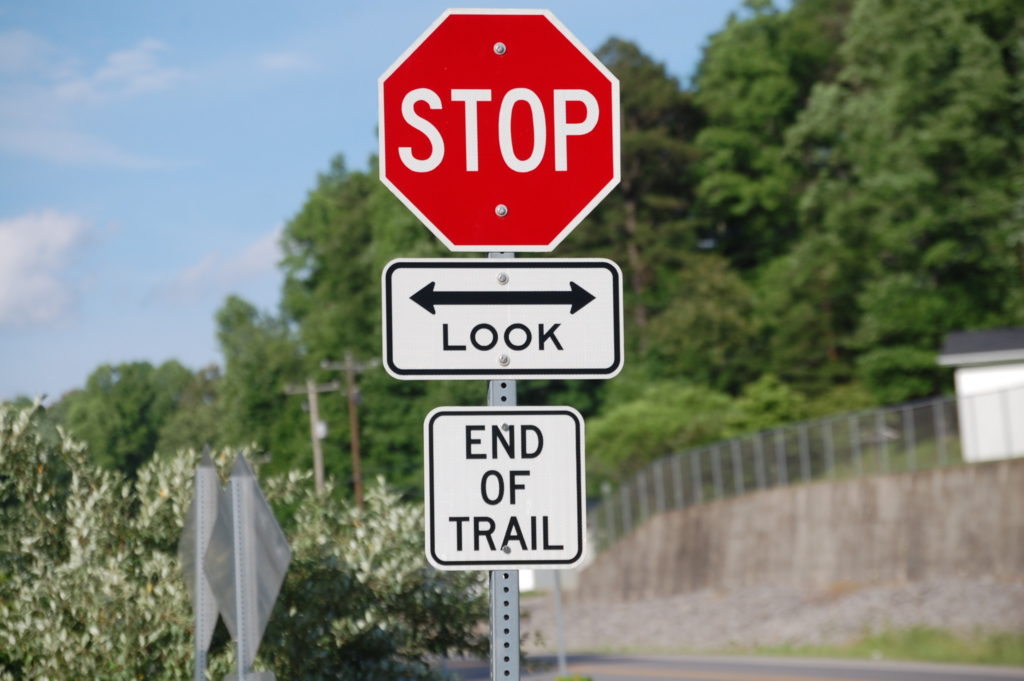 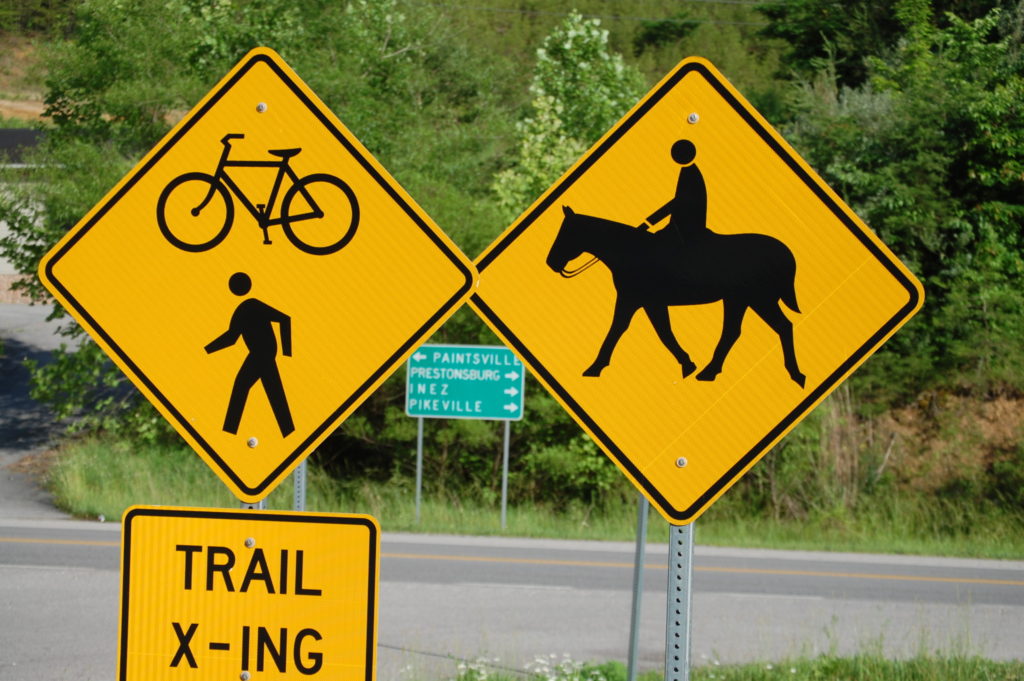 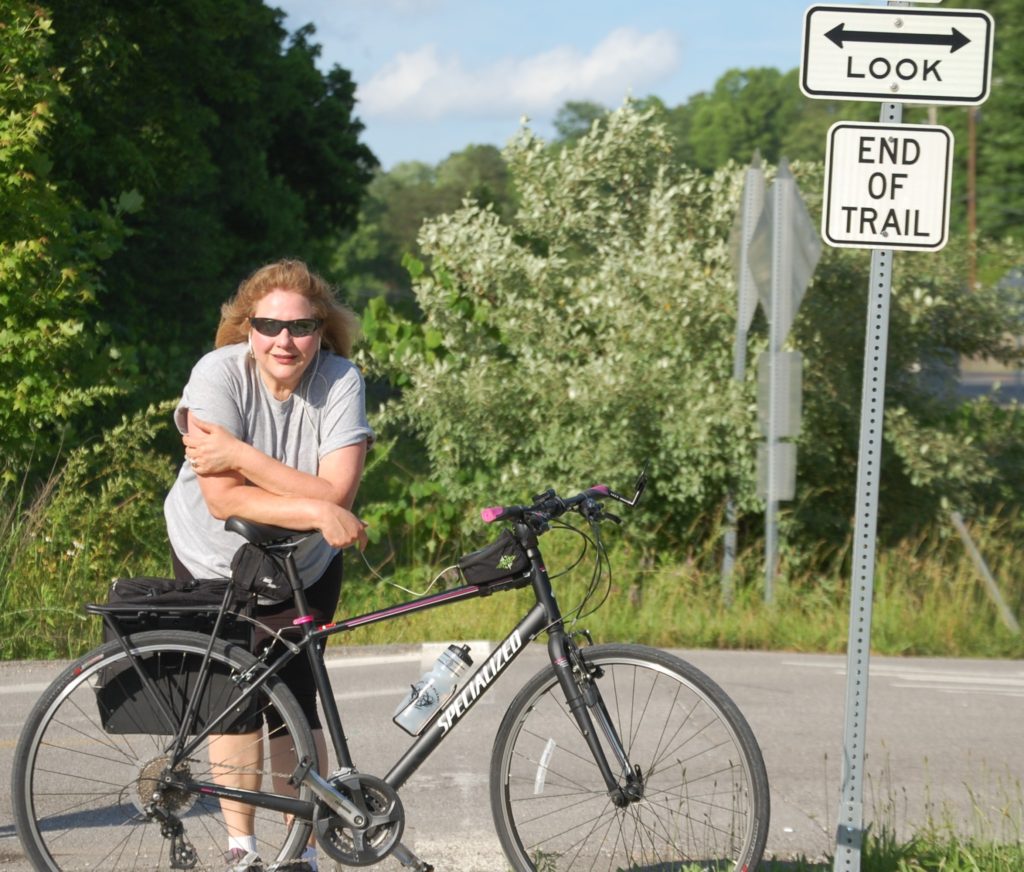 Julianne after 17 miles on the Dawkins Trail